The leader of the Council’s Progressive Caucus will jet out to Phoenix next weekend to address audiences at the left-leaning annual Netroots Nation conference and at the pro-immigration Latino Victory Project’s reception. At the former, she will discuss strategies for electing liberal politicians local office and promoting left-of-center policies on a municipal level on a panel entitled “Building Progressive Political Power’ moderated by Democratic Congressman Keith Ellison of Minnesota.

“The New York City Council has been proud to be a national leader on immigration, criminal justice reform and creating more family friendly workplaces,” Ms. Mark-Viverito said in a statement, arguing such steps are necessary given the state of partisan paralysis in the nation’s capital. “Faced with federal gridlock, municipalities have the ability to make changes and that is just what New York City has done and already we’ve seen other cities follow our lead.”

At the Latino Victory Project reception—where the other keynote speakers are Arizona Congressman Ruben Gallego, Democrat and Vermont Sen. Bernie Sanders, an Independent is now looking to become the Democratic candidate for the presidency—she will talk about how to increase Hispanic electoral power, particularly in states like Arizona, which have both increasing Spanish-speaking populations and a history of conservative immigration legislation. The Latino Victory project was co-founded by television star Eva Longoria and Henry R. Muñoz III, the finance chair of the Democratic National Committee.

“While Latino political power is rising it has still not reached its potential,” the speaker said, ripping congressional Republicans who have fought President Barack Obama’s immigration agenda. “The best way to fight back against GOP representatives and candidates who dismiss and insult the Latino community is by either voting them out of office or stopping them from being elected in the first place- and that starts with increasing Latino voter turnout. 2016 is a critical year and I am looking forward to working with the Latino Victory Project in order to ensure we elect candidates who will support and stand up for the Latinos.”

It won’t be the first speaking trip for Ms. Mark-Viverito: she traveled to Phoenix earlier this year to talk up the city’s municipal identification program and addressed immigration issues at a Latino Victory Project event in her native Puerto Rico earlier this year.

The city will not be picking up the tab for the speaker’s trip. 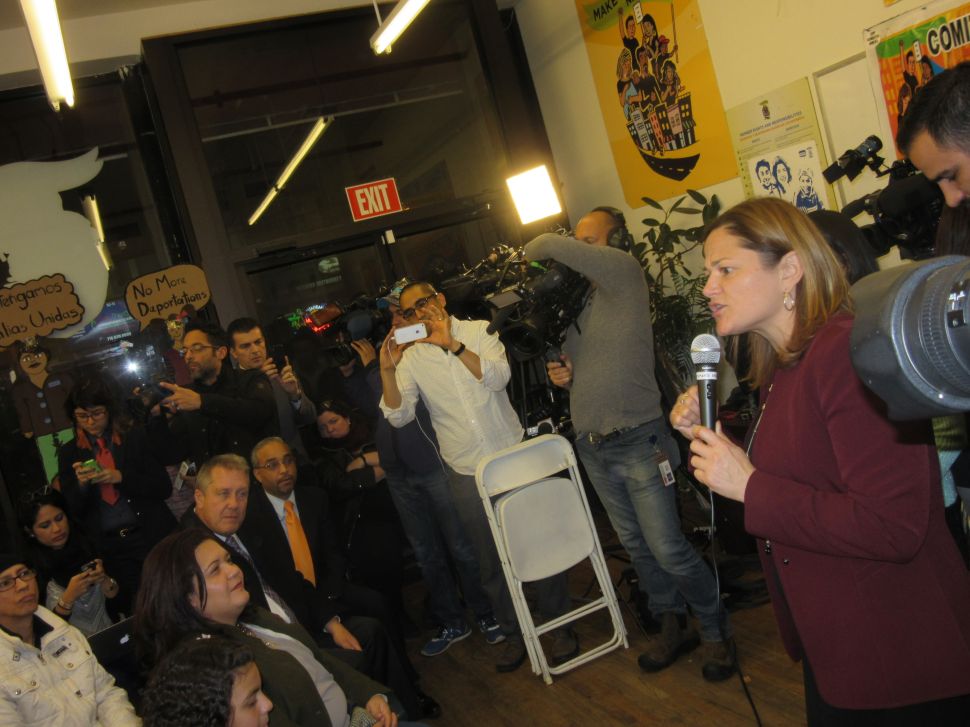