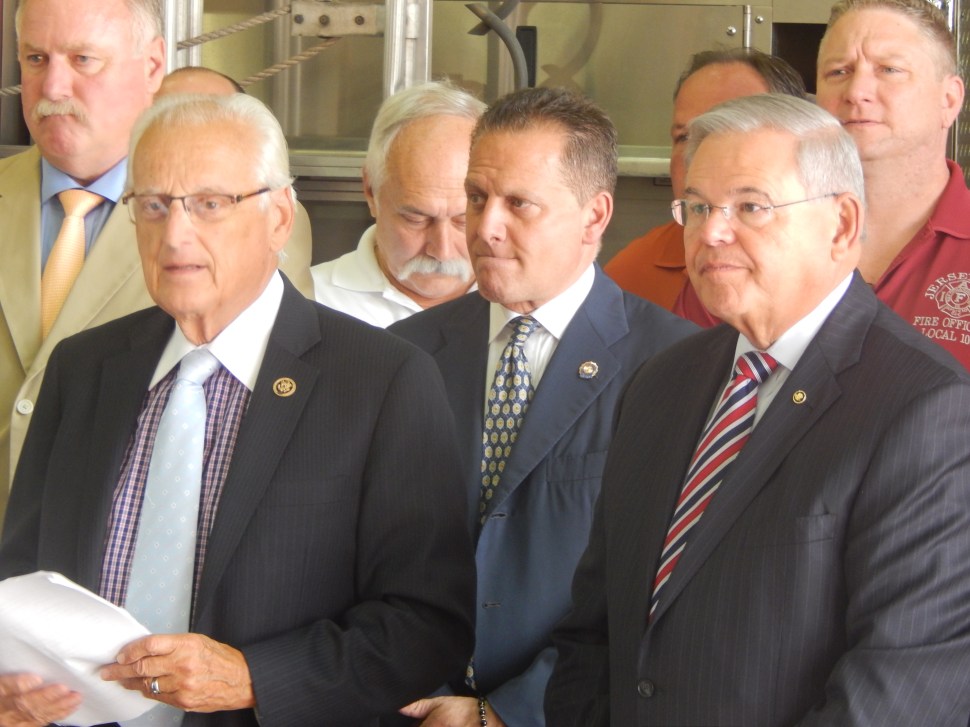 PATERSON – U.S. Sen. Bob Menendez (D-NJ) and U.S. Rep. Bill Pascrell, Jr. (D-9), chair of the Congressional Fire Services Caucus, stood with local firefighters this morning to call for a greater commitment from Congress to support firefighters and reverse the impact of sequestration cuts on public safety.  The lawmakers also announced that the Department of Homeland Security (DHS) has awarded a $7.5 million federal Staffing for Adequate Fire and Emergency Response (SAFER) grant to the Paterson Fire Department to hire 49 new firefighters.

“Real homeland security starts at home, so no matter what our budget environment is like, we must continue to support the firefighters and first responders who sacrifice so much to keep us safe,” said Pascrell, who was a prime author and mover of both the SAFER Act and the FIRE (Firefighter Investment Response Enhancement) Act.  “Unfortunately, Congressional Republicans are continuing to ask far too many of our firefighters to risk their lives in our defense every day, with insufficient staffing, inadequate training and obsolete equipment. We have an obligation to provide them the necessary resources to perform their jobs as safely and effectively as possible.”

“There are austerity-mongers in Congress who would let our first responders make-due with what they have—leave positions vacant and old, out-of-date equipment in place—and not do what needs to be done to maximize community safety and the safety of our firefighters,” said Menendez. “Our first responders put their lives on the line each day and we must make certain that they have the resources they need to save lives.  These grants are our way of saying thank you to our heroes, and they are our way of keeping our promise to every first responder and every community to make sure they have the best training and equipment they need to perform at the highest level.”

Just this week, the House Committee on Appropriations is scheduled to markup the DHS FY16 appropriations bill, which is also funded below requests made by the federal Democratic lawmakers.

The Paterson Fire Department has now received $27.8 million in total from the federal government since 2001.  Paterson was previously awarded $6.9 million in a 2013 SAFER grant which allowed the department to retain 40 firefighters who would have been laid off and hire 9 new firefighters for positions lost through attrition and previously unfilled, along with a $6.4 million SAFER grant in 2005 to hire 53 firefighters.

In total, DHS has awarded Paterson nine FIRE grants since 2001 totaling $2.5 million to assist with the purchase of equipment.  In 2009, Paterson was awarded $4.5 million for the construction of a new firehouse through the Firefighters Station Construction Grant funded through the Recovery Act, which was officially opened earlier this year.

Rep. Pascrell saw the FIRE Act signed into law by President Clinton in 2000. Since the FIRE Act and SAFER were initially authorized, in FY2001 and 2005, respectively, they have provided more than $8 billion in grants to local fire departments to purchase equipment and hire approximately 18,500 firefighters. Since 2001, New Jersey fire departments have received $152.1 million in funding from the AFG program and $146.5 million in funding for the SAFER program since 2005. 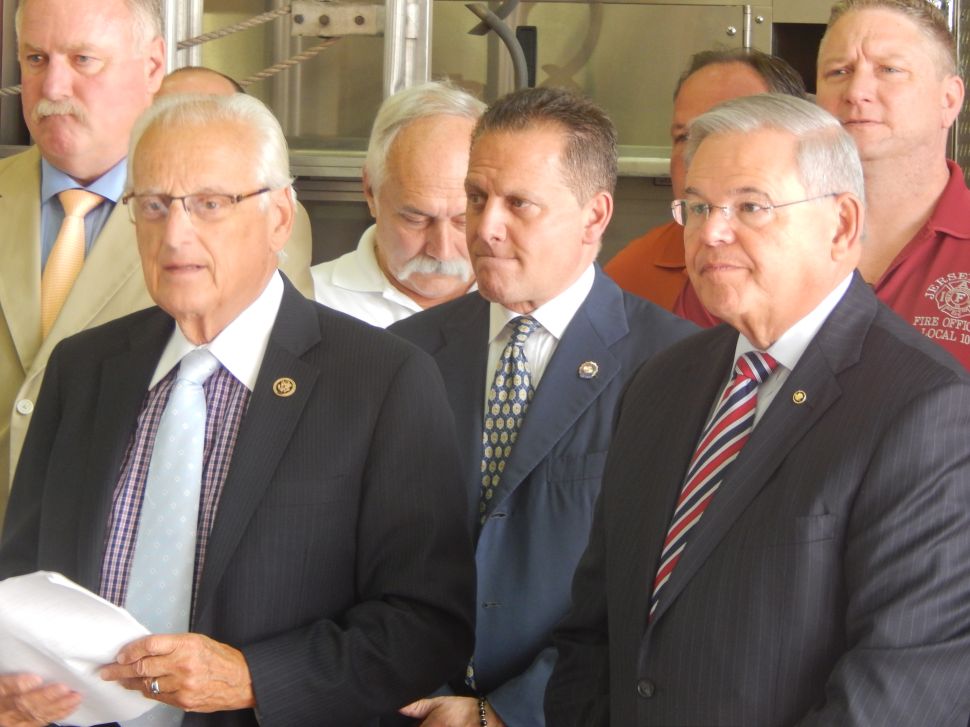