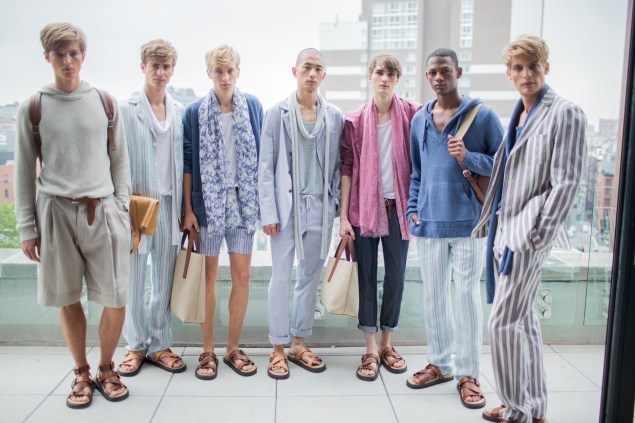 When an invitation arrives from Michael Kors, with the promise that the designer himself would be describing the entirety of his Spring/Summer 2016 men’s collection, we knew this was one event that was not to be missed. Notoriously funny, even at 10 a.m., Mr. Kors was lively for an intimate crew of editors and buyers, even though the Starbucks cup in his hand was filled with , and not caffeine.

While handsome models, bedecked in vacation appropriate garb, took a spin in the small room in Spring Studios, the designer spoke about the important highlights and the notable features of each designs. He even had a few words of wisdom that the buyers from Bloomingdale’s and Barneys took note of: “Retailers, the weather is crazy! You need sweaters all year round, you need cotton in the winter, you need wool in the summer. Forget the rules, it’s crazy, the world’s upside down.”

So naturally, Mr. Kors had the Observer giggling throughout his entire presentation, which was otherwise delightfully well-behaved and low-key. The designer agreed: “Nothing against runway shows, but I love being able to present the collection up close and personal. I think you get to see the fabrics, the textures, the details and you get to see me slug a !” And so, we’ll let Mr. Kors walk you through our favorite pieces in the collection… 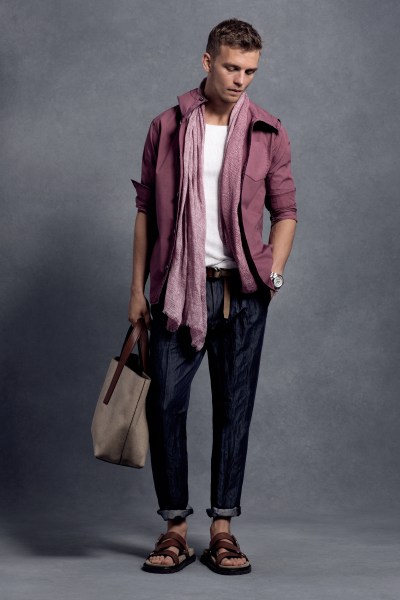 “This is the color of what he’s been drinking way too much of, while he’s on an island sojourn. Then it’s the swacket, that is officially a men’s phrase, which I hate.” 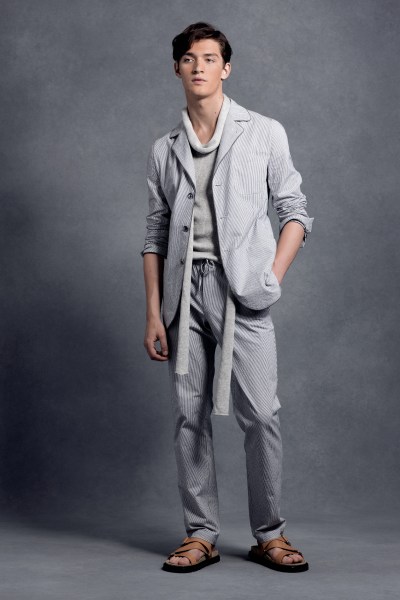 “Not your New Orleans seersucker suit. This one is in a classic stone grey and piped, so it’s pajama meets suit.” 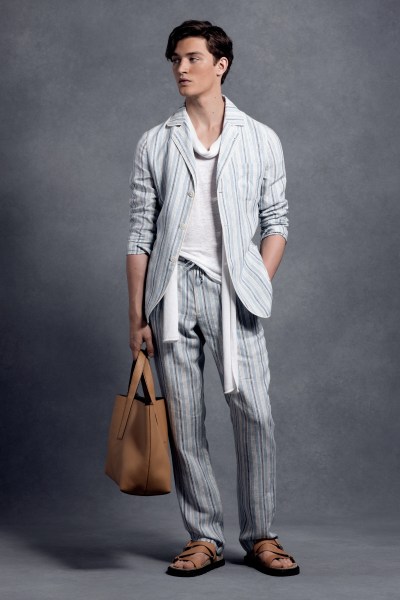 “We kept thinking about artists, like Schnabel chic. You’ll see a little Peter Beard running throughout [and] Picasso stripes. These guys knew how to do off-duty style and do it well.” 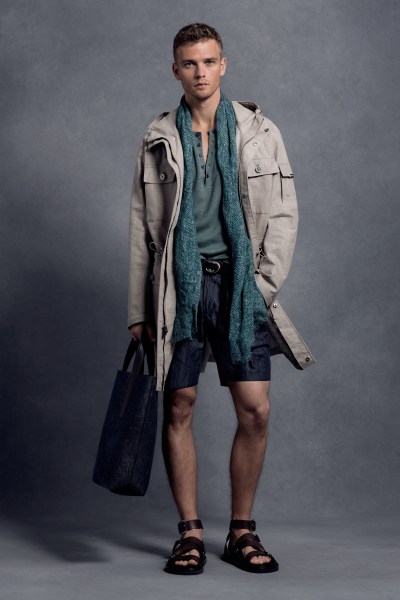 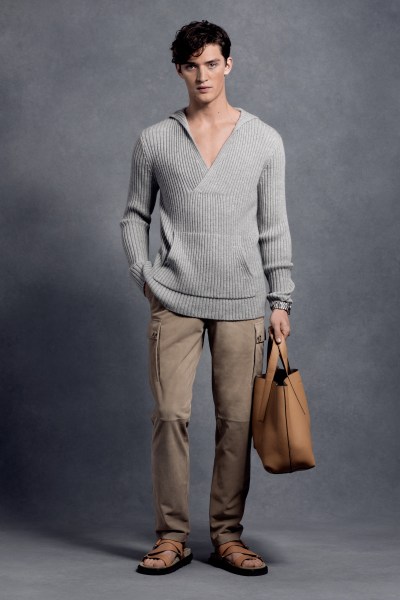 “The most casual thing to me has to be the most luxe. This is a lambskin utility pant.” 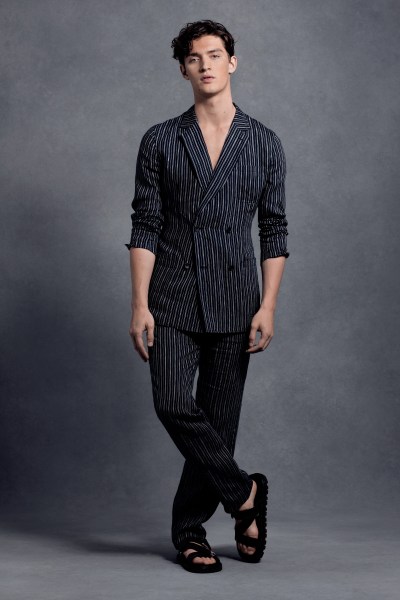 “If you just tweeted and said, ‘Navy pinstripe city suit,’ well that’s to me what a pinstripe suit should feel like.” 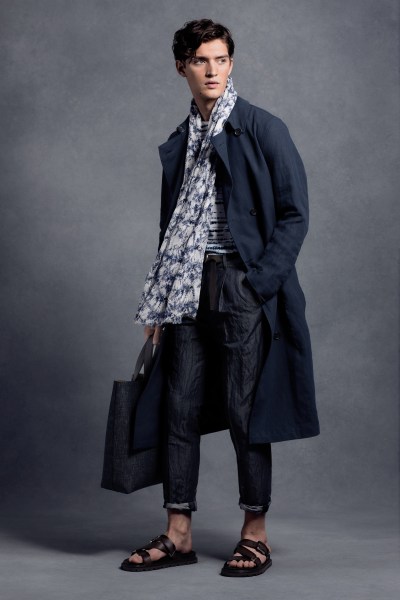 “This is a hybrid of a nautical hippie.” 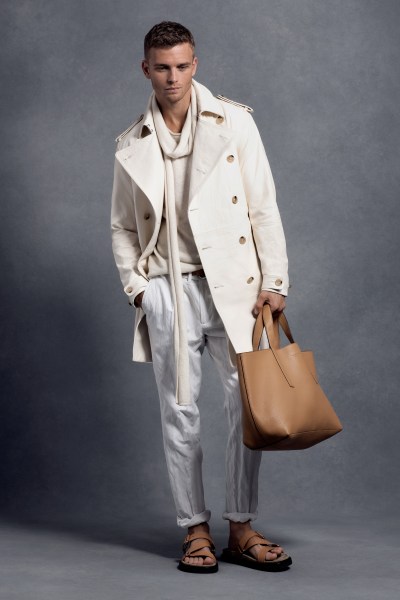 “This is a raincoat you cannot wear in the rain! It’s washed lambskin.” 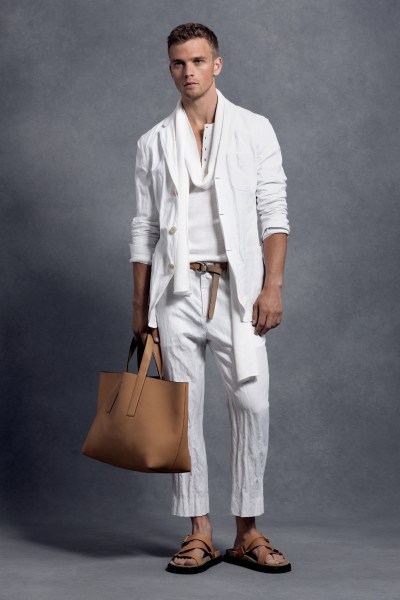 “You can’t pack for Capri without a white suit. And this is the one you can actually take out of the bag and wear it that night, without worrying about the perfectionism because it has that laidback look.” 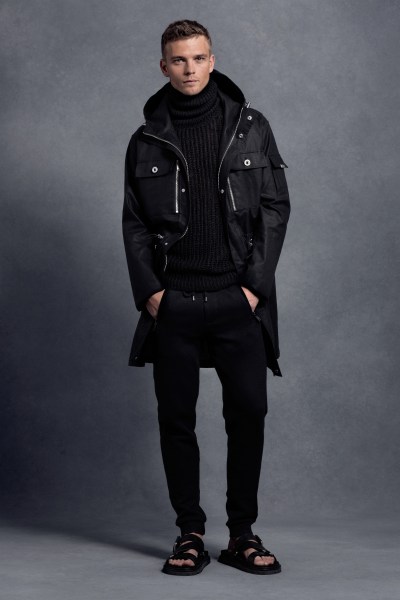 “I told Ben when he was wearing this that if this was a women’s presentation he would be Karlie Kloss. Fighting for that finale look! Although he’s shorter than her.” 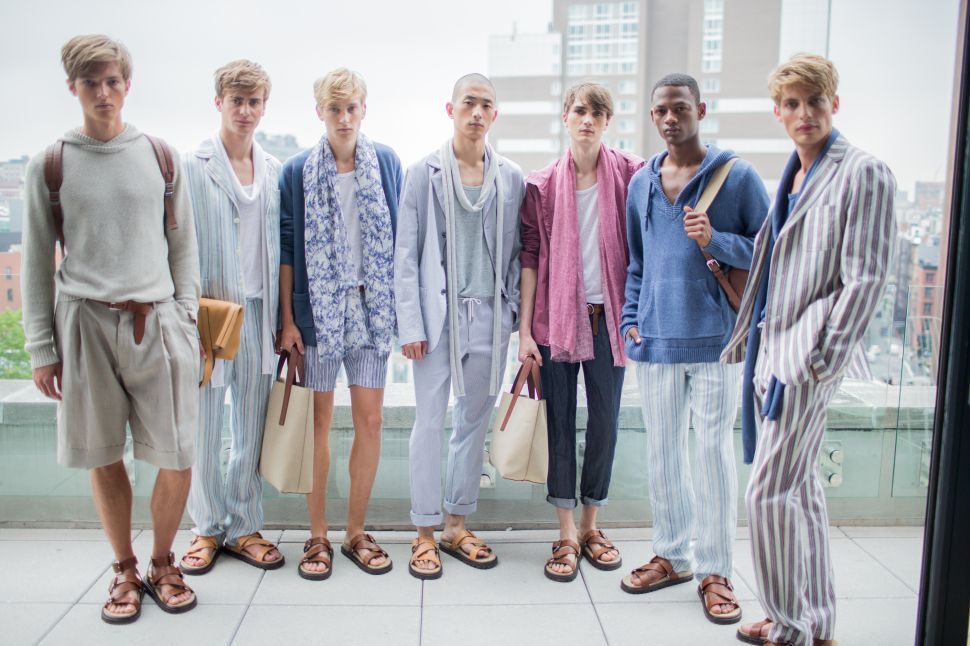