The sources at Monmouth County Democratic Chairman Vin Gopal’s fundraiser tonight talked up an event attended by numerous party insiders as the chairman continued his efforts to transform a Republican County into a Dem toehold – or at least into that swanky seaside escape hatch for Democrats mired in counties less visually stunning than the superior Monmouth.

At the moment, Gopal country is every power player’s requisite sandy stop: a chance to glob onto a chairman whose political powers extend beyond merely the dimensions of his county and convention minority party politics to encompass statewide fundraising ties, the South Asian Community, North Jersey relationships, and a five county alliance that includes Mercer, Ocean and Somerset.

LD30 Assembly candidate James Keady was at the event.

The source said there were 625 people in the room at Bar Anticipation in Lake Como. 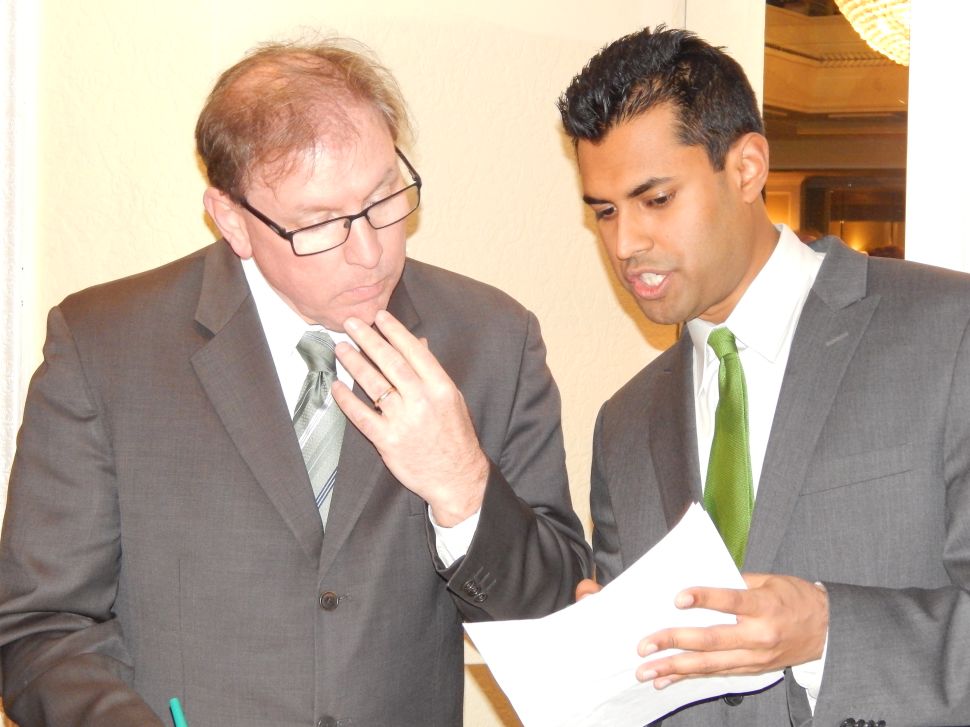