Well, at least someone wants him to be.

The “he” in question here is former Passaic County Republican Chairman Peter Murphy of Totowa, who 15 years ago directed a kickback scheme on behalf of four associates who received a total of more than $70,000 from a contractor who had been awarded more than $1 million in county business, according to a summary of the case by the New York Times.  Murphy was indicted in 2000. In 2001, a jury found the chairman guilty of mail fraud by a federal jury in Trenton. The New York Times reported on that story here.  (Pizarro/PolitickerNJ)

This North-South relationship is complex: layers of alternating fatigue, rage and repentance struggling to find, perhaps, expression and resolution in public policy.

So it was today that Senate President Steve Sweeney and Senator (and former Senate President) Richard Codey sat down at a round table, shook off the public rivalries from yesteryear that resulted in Sweeney deposing Codey from senate leadership, and considered the importance of the $5.25 million in additional funding in the recently-enacted state budget that will be used to support staffing at nursing homes and assisted-living facilities in New Jersey.  (Pizarro/PolitickerNJ)

Guadagno attempts to plant political seeds in the Ironbound

NEWARK – Mayor Ras Baraka’s most ardent followers demanded nothing less than Che Guevara in combat boots and campaign hat, hardly believing their champion could find himself in suit and tie and hard hat alongside a similarly sleeves-rolled up Acting Republican Governor Kim Guadagno.  (Pizarro/PolitickerNJ)

Atlantic City’s newest development is not a casino.

Opened in late June, the Playground is a smorgasbord of restaurants, retail and nongaming entertainment. There’s an Apple store. A row of indoor live music venues, called “T Street,” inspired by Memphis’ Beale Street, stretches along the first floor. Once the final stages of development are complete, a private beach club will grace the sand, accompanied by two pools, including one on the roof.  (Brennan/MSNBC)

The sources at Monmouth County Democratic Chairman Vin Gopal’s fundraiser tonight talked up an event attended by numerous party insiders as the chairman continued his efforts to transform a Republican County into a Dem toehold – or at least into that swanky seaside escape hatch for Democrats mired in counties less visually stunning than the superior Monmouth.  (Pizarro/PolitickerNJ)

According to an ABC News report, Jones has been charged with a misdemeanor related to the fracas.  (Pizarro/PolitickerNJ)

From the New York Times: “As he roams far from New Jersey hugging voters in his quest for the White House, Gov. Chris Christie has a golden opportunity to demonstrate his faith in the people — yes, the people — by signing a groundbreaking voter registration bill passed last month by the state Legislature. It would make New Jersey a national leader by establishing automatic voter enrollment at the state Motor Vehicle Commission, encouraging early voting opportunities and expanding multilanguage election materials.”

KENNEBUNKPORT, Maine — One by one, nearly 300 of Jeb Bush’s top donors, from New York, Washington, Miami — even Americans living abroad in China and Germany — climbed aboard a trolley here for a trip a mile and a half down Ocean Avenue… The confab for some of the GOP’s wealthiest donors came just hours after Bush’s campaign and an allied super PAC announced that they’d donated more than $114 million to support the former governor — an unprecedented sum in American politics that gives him a sizable financial advantage over more than a dozen GOP rivals.Bush had announced plans for the Kennebunkport donor retreat at the start of his campaign, dangling one of the most cherished chits in Republican politics — a visit to his family’s storied beachfront estate — as an incentive to entice benefactors to deliver. By Ed O’Keefe 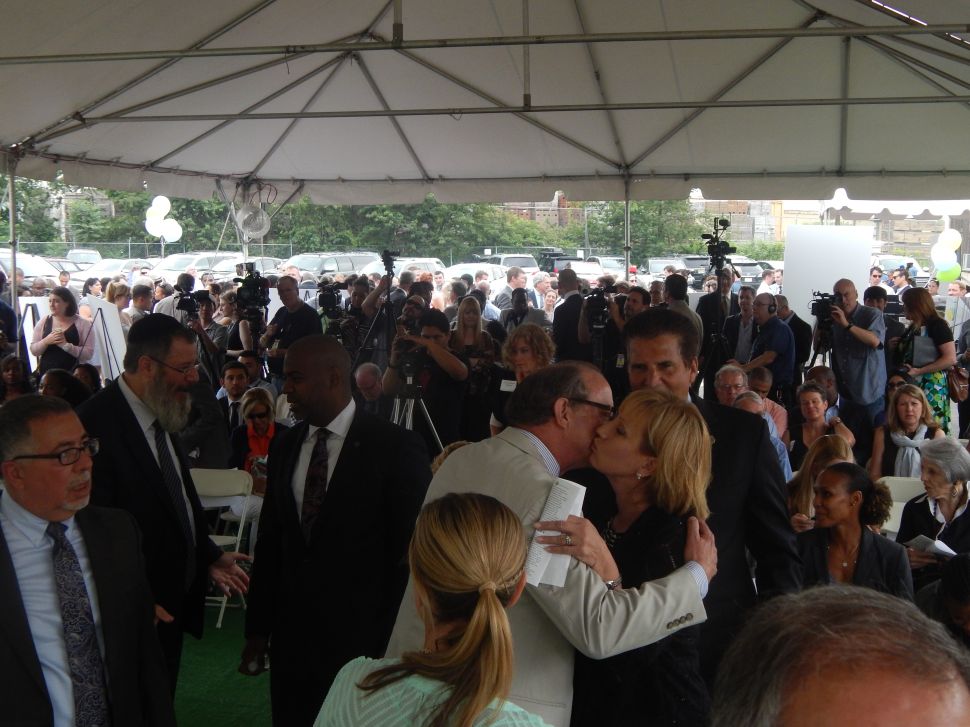