Six all time Newark ward contests and why they mattered

This storied 1966 matchup featured the incumbent councilman from the East Ward defeating Turco by 60 some odd votes.  Gordon would go on to give up his council seat to become the city’s corporation council. He later got jammed up. (Pizarro/PolitickerNJ)

In the upcoming November 2015 election, Bergen County Republicans will have the chance to usurp three seats on the Board of Chosen Freeholders currently occupied by Freeholder Vice Chairman Steve Tanelli, Freeholder Tracy Silna Zur and Freeholder Thomas Sullivan Jr. (Alfaro/PolitickerNJ)

The super PAC supporting Gov. Christie’s presidential candidacy announced Tuesday that it had raised $11 million since it was formed in February, a haul close to some of his competitors’ but significantly less than the amount raised by allies of Jeb Bush. (Seidman/The Philadelphia Inquirer)
http://www.philly.com/philly/news/politics/nj/20150715_Christie_super_PAC_raises__11_million.html

Christie to public-sector workers: no contracts, no step increases in salaries

Gov. Chris Christie has taken an aggressive approach to dealing with public workers and their unions since taking office in early 2010. He’s encouraged voters to reject school budgets in communities where teachers weren’t accepting pay freezes, pushed to change civil-service rules, and signed legislation that forced employees to pay more toward to their pensions and health benefits. (Reitmeyer/NJ Spotlight)

An administrative law judge has ruled that the cleaning contractor at three New Jersey office buildings – including buildings in East Rutherford and Secaucus – must reinstate 33 workers and recognize their union, which was shut out last year when the cleaning contract changed hands. (Morley/The Bergen Record)

TRENTON, N.J. (AP) — New Jersey voters will not be asked this November to decide whether to expand casino gambling beyond Atlantic City.

Chris Christie to charge $2,700 for photo at NJ fundraiser

NJ Advance Media received a copy of the invitation to the Aug. 4 event and reports that “founding members” are granted the opportunity to take a photo with the presidential hopeful for $2,700.  (Associated Press)

TRENTON — Gov. Chris Christie is scheduled to give a speech on criminal justice reform in Camden on Thursday as he campaigns for president. (Arco/NJ Advance Media for NJ.com)

KANSAS CITY, Kan. — It took a while for Edgar Galicia to realize that maybe Donald Trump had done him a favor. As it turns out, Trump’s disparaging comments about Mexicans have been a morale boost to Latinos who consider the sharp public rebuke of the billionaire Republican presidential candidate evidence that they are a rising force in the United States. “At first I was upset. I felt insulted” when Trump called Mexicans “criminals” and “rapists,” said Galicia, a graphic designer and business leader in Kansas who is from Mexico. “Now I see this as the wake-up moment, the time when our eyes were opened to our power.” By Mary Jordan/WaPo

The latest television ad touting GOP presidential contender Marco Rubio proclaims that he is “leading the fight” to stop President Obama’s nuclear deal with Iran. “Lessons of history are that evil is either confronted and defeated, or it grows,” Rubio says sternly, standing in front of a giant American flag. But the new spot, which hits the airwaves Wednesday, is not the work of his official campaign or even his allied super PAC. It was paid for by the Conservative Solutions Project, part of a crop of politically active nonprofit groups that are taking on new prominence in the 2016 elections. By Matea Gold/WaPo

PHILADELPHIA — President Obama called for an overhaul of the criminal justice system Tuesday, saying that the United States needed to reevaluate an “aspect of American life that remains particularly skewed by race and by wealth.” The speech at the NAACP’s national convention, coming on the heels of a sweeping act of clemency Monday and ahead of his visit Thursday to a federal prison in Oklahoma, was the formal launch of one of the president’s last major legislative campaigns. By Juliet Eilperin/WaPo

From fear of war to diplomatic accord: the steps to a nuclear agreement

Three years before Tuesday’s nuclear deal with Iran, the Obama administration dispatched a pair of senior military commanders to the Middle East for a different, if equally urgent, set of negotiations. The purpose: persuading Israel to delay an imminent military strike on Iran’s nuclear facilities. At the time, the chances for military action were considered so high that U.S. officials debated when, not whether, the bombs would fall. “We’ve admitted to each other that our clocks are turning at different rates,” Gen. Martin Dempsey, chairman of the Joint Chiefs of Staff, said after his talks with Israeli leaders in August 2012. By Joby Warrick/WaPo 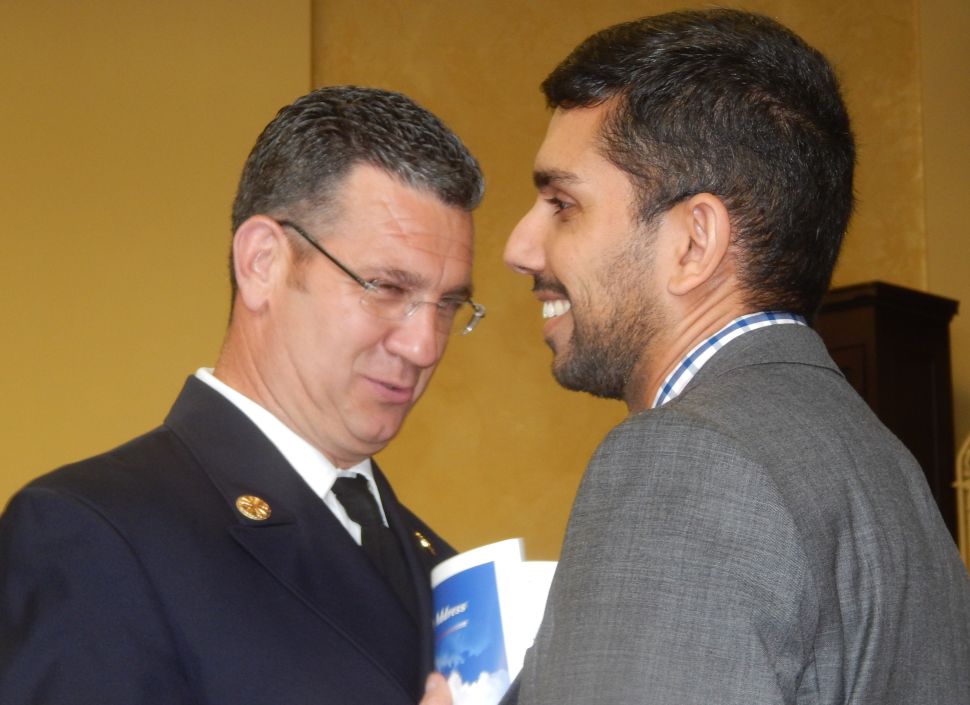