MIDDLETOWN – The local demi-gods of politics frolicked on Monmouth County’s version of Mount Olympus tonight with tremulous tread in support of 2016 Republican presidential contender Jeb Bush, their jittery looks on the way in to the fundraiser indicative of their knowledge of the presence of someone else not on tonight’s invite list: Gov. Chris Christie. (Pizarro/PolitickerNJ)

TRENTON – Under a cheering gallery of public advocates, the Senate this afternoon passed S-3117, a developmental disability bill. while individual members praised a legislative outcome built  not on the arm twisting of high-powered lobbyists but people power bipartisan work from advocates to lawmakers to the front office. (Pizarro/PolitickerNJ)

From co-employer to supervisor in one fell swoop. (Daigle/PolitickerNJ)

TRENTON – Senate Majority Leader Loretta Weinberg’s (D-37) bill (S-2949) proposing stricter oversight for disbursement of public funds for political campaign events has been released from committee and will go on to the legislature. In the short term, the bill would require that Governor Christie report out-of-state travel expenses during his presidential campaign to the State Ethics Commission. (Aregood/PolitickerNJ)

Assemblyman Carmelo Garcia (D-33) is preparing for what he hopes will be a move to Hoboken’s City Council. He recently announced his intentions to challenge incumbent Councilwoman Jennifer Giattino to represent the city’s 6th Ward. (Alfaro/PolitickerNJ)

GORHAM, N.H. (AP) — Calling on his party to embrace diversity, former Florida Gov. Jeb Bush declared Thursday that Republicans will never win the presidency if they don’t campaign in “every nook and cranny” of the country — especially in Hispanic and African-American communities. (AP)

Bill Allowing Dave and Buster’s to Open in N.J. Heads to Christie’s Desk

It is now up to Governor Christie to decide whether Dave & Buster’s may come to New Jersey, where its business model has been banned for more than half a century. (Racioppi/The Bergen Record)

There’s a major campaign fundraiser tonight in Middletown, but not for Chris Christie. Former Republican National Committee Finance Chair and Christie friend Lawrence Bathgate is co-hosting a party for Jeb Bush, who’s already raked in $283,000 from New Jersey backers, many of whom were previously in the Christie camp. NJTV News Chief Political Correspondent Michael Aron was at the Navesink Country Club, the location for the fundraiser. (Aron/NJTV)

Christie Announces $3.5M in Sandy Aid, but Not Without Protests 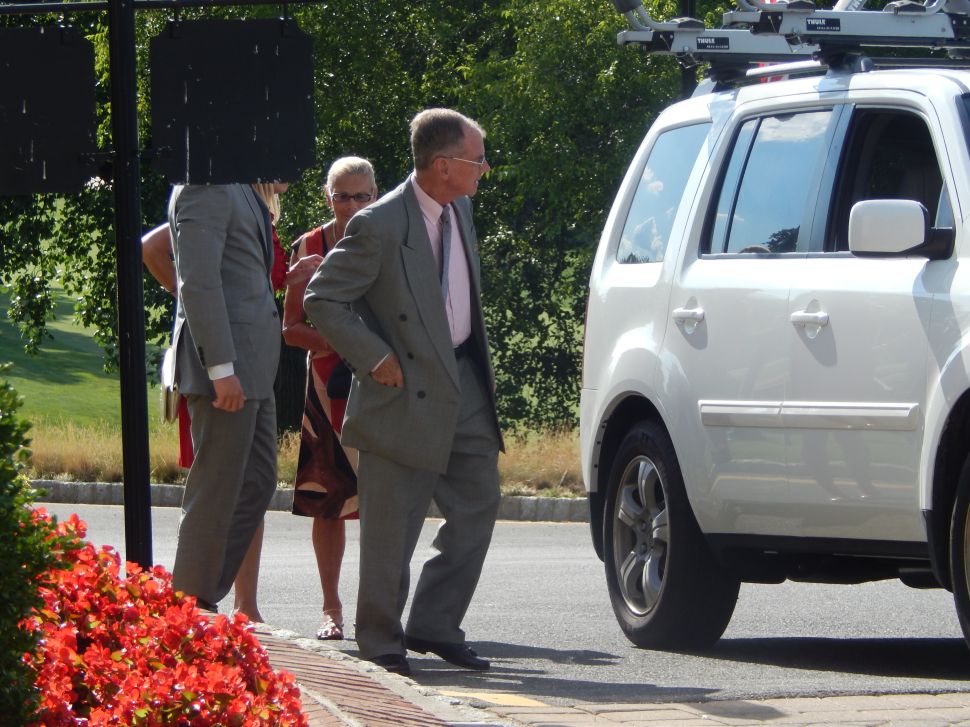