ELEC: Assembly candidates have $6.6 million left over from primary season

With 80 state Assembly seats up for reelection this fall, candidates report having about $6.6 million in cash leftover from the primary election that can be rolled over to the general election campaign, the most since at least 2011, according to the latest reports filed with the Election Law Enforcement Commission (ELEC).

Compared to estimated cash balances held by Assembly candidates in 2013, the current total is 21 percent higher. Totals were compiled from reports filed by legislative candidates with ELEC 20 days after the June 2 primary election.  (PolitickerNJ)

Bergen GOP Chair Yudin on Christie 2016: “He has every chance in this race”

LIVINGSTON – As New Jersey Governor Chris Christie announced that he was entering the scrum of Republican candidates for President in 2016, Bergen County Republican Organization (BCRO) Chairman Bob Yudin stepped up to defend his ally from criticism that his record as Garden State governor could impede Christie’s path to the White House.  (Bonamo/PolitickerNJ)

Bergen GOP Chair Yudin on Christie 2016: “He has every chance in this race” | New Jersey News, Politics, Opinion, and Analysis

Chris Christie Picks Up an Endorsement, but Its Value Is Unclear

He canceled a morning event in New Hampshire, the state on which he is staking his campaign, and headed to Portland, Me., to pick up the endorsement of its deeply embattled governor, Paul R. LePage — a man who is gripped in a veto-and-override standoff with a hostile Legislature, has exhausted many fellow Maine Republicans and is being threatened with impeachment by Democrats and independents.  (Corasaniti/The New York Times)

This is precisely why Christie can’t help hugging him.  (Roig-Franzia)

A day after Bon Jovi and his wife Dorothea hosted a fundraiser for Democratic presidential hopeful Hillary Clinton, the New Jersey native’s music was used to introduce the candidacy of Republican Chris Christie.

Tuesday morning (June 30), Christie played a handful of Bon Jovi tracks when he announced his 2016 presidential candidacy during a rally at his old high school in Livingston, N.J. NJ.com reports that “Because We Can” and “It’s My Life” were played before his speech, “We Weren’t Born to Follow” played as he left the stage, and “Who Says You Can’t Go Home” with Jennifer Nettles was used afterwards.   (Payne/Billboard)

Keeping in line with an upcoming July 4 weekend — as well as their targeting of the freshman Republican ahead of a likely 2016 challenge — the Democratic Congressional Campaign Committee launched another round of digital ads today calling on U.S. Rep. Tom MacArthur (R-3) to “Declare his Independence” from his record as a former insurance executive.  (Brush/PolitickerNJ)

The Torch makes the rounds in Essex and Bergen

There he was at the Stony Hill last night at Bergen County Executive Jim Tedesco’s fundraiser, and then again tonight at Nanina’s in the Park in support of veteran Newark North Ward Councilman Anibal Ramos.

He was low-key on both occasions, said sources.  (Pizarro/PolitickerNJ)

The Torch makes the rounds in Essex and Bergen | New Jersey News, Politics, Opinion, and Analysis 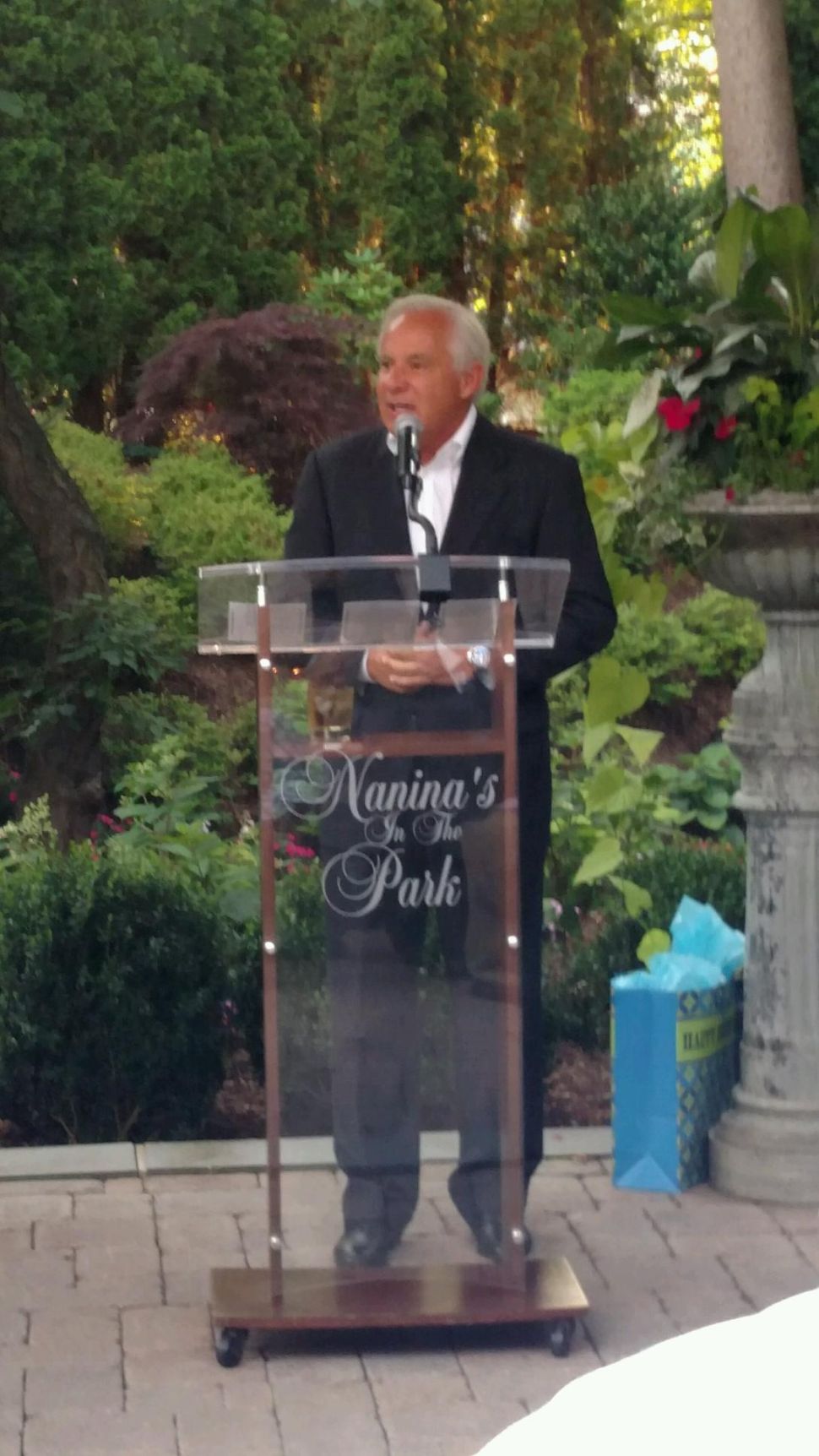