An emboldened Fulop thinks Christie needs to ‘show some leadership’

TRENTON — After watching him officially kickoff his long-shot presidential bid in the gymnasium of his former high school, one of the likely candidates clamoring to succeed Gov. Chris Christie in the front office suggested the Republican will have to try harder convincing voters on the campaign trail of the validity of his record — at least if he wants it received better than it has been at home.  (Brush/PolitickerNJ)

On July 4th Passaic County Regular Republican Party Chairman John Traier will marry his partner of 28 years, the chairman said in a release issued to the media this afternoon.

Putting his marriage in the context of last week’s U.S. Supreme Court ruling on same sex marriage, Traier – a candidate for the Assembly in LD34 –  said he and his partner Mark Peterson are simply exercising the right that every heterosexual couple has to marry the person they love.  (PolitickerNJ)

New Jersey Gov. Chris Christie may be officially in the running for the White House, but he’s getting no love from Garden State voters in a Monmouth University poll released Thursday. In fact, a majority of adults surveyed said Christie should resign now that he is a candidate.  (Gass/Politico)

A survey of New Jersey voters found that the majority think Gov. Chris Christie should step down now that the Republican has declared he’s running for president.

The Monmouth University Polling Institute survey released Thursday also found that Mr. Christie’s popularity had sunk to a five-year low among registered voters, with 34% approving of his work as governor and 60% disapproving.  (Haddon/Wall Street Journal)

Northern Casino ballot question ‘all but officially dead’ this year

The Wall Street Journal is reporting that Democrats in the New Jersey Legislature have told developers and union leaders that “a referendum this year on a proposal to expand gambling to the northern part of the state is all but officially dead.”

A famed businessman who worked on such projects as the 1995 negotiations between the New Jersey Devils and the New Jersey Sports and Exhibition Authority that kept the Devils from moving to Nashville, and led fund raising committee to restore the dome of the New Jersey State Capitol, the 71-year-old served from January 18, 1994 to January 31, 2001 as First Gentleman of New Jersey — the state’s first and thus far only person to have held the distinguished title.  (Brush/PolitickerNJ)

If there’s one thing the presumed Democratic gubernatorial candidates lining up to run in 2017 all agree on it’s this: Latino support will be key to winning the nomination.

PolitickerNJ.com editor Max Pizarro this weekend joins Emmy Award-winning New Jersey Capitol Report co-anchors Steve Adubato and Rafael Pi Roman for an in-depth interview on the issue of media bias.  Pizarro spoke extensively on “the culture of negativity” in the media and whether or not the “if it bleeds it leads” philosophy of media coverage is as pervasive today as it’s ever been.  (Pizarro/PolitickerNJ) 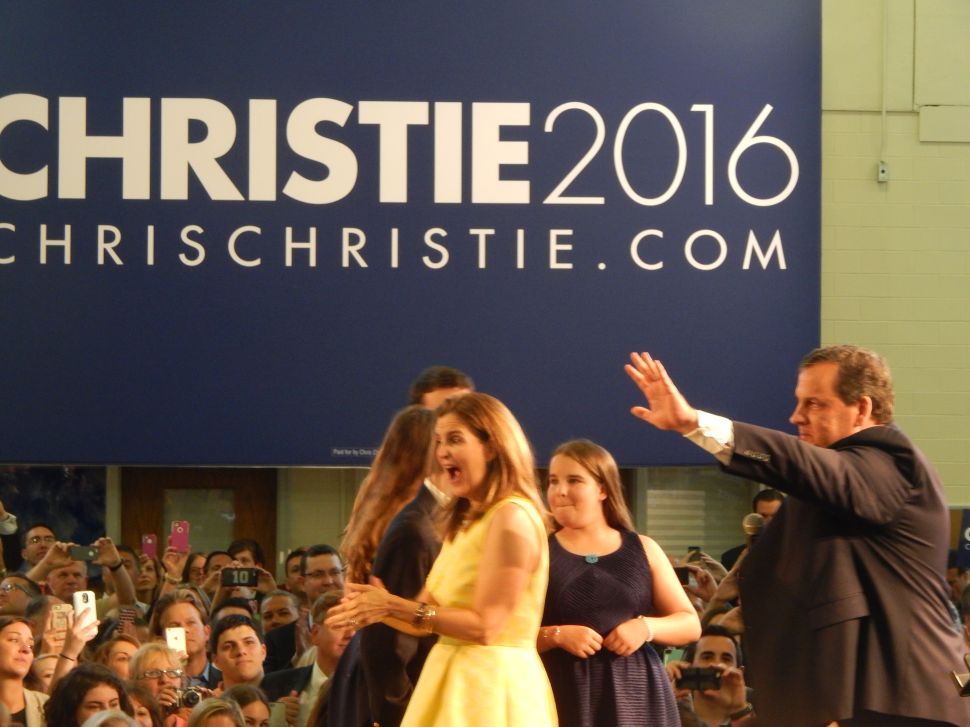