The State of the City in Paterson

PATERSON – When he ran for mayor, Jose “Joey” Torres spoke of his personal and political relationship with Governor Chris Christie, who last year swore him into office in front of City Hall, and now barnstorms New Hampshire in a 2016 bid for the presidency. PolitickerNJ asked the mayor if Christie’s absence from New Jersey  concerns him. (Pizarro/PolitickerNJ)

PATERSON – The presence of Arab-American leader Al Abdel-Aziz at Mayor Jose “Joey” Torres’ Brownstone fundraiser this evening is creating a political stir in the city. (Pizarro/PolitickerNJ)

They came from all corners of Paterson and beyond, the friends of Mayor Jose “Joey” Torres, who traversed three floors of action at the Brownstone, stuffed their faces with lobster, and tried to drunkenly discern the mathematical fine points of a policy speech improbably delivered by the exuberant veteran. (Pizarro/PolitickerNJ)

Former Department of Education Commissioner Christopher Cerf this morning narrowly won approval to be become the head of the Newark Schools System. (Pizarro/PolitickerNJ)

Attorneys for two former Christie allies facing federal charges over the lane closings at the George Washington Bridge are allowed to share evidence in the case only with people who are helping to prepare their defense, a federal judge has ruled. (Boburg/The Bergen Record)

In the trenches with Mahwah recall petition circulators

Christie to return to Iowa as presidential candidate

DES MOINES, Iowa   — Chris Christie is returning to Iowa for the first time since he declared he was running for president. (AP)

After Hurricane Sandy overran New Jersey in 2012, Chris Christie’s approval rating as governor was nearly 70%. Now, according to the Fairleigh Dickinson poll, it is 30%. Piling on insult, a recent Monmouth University poll asked New Jerseyans if they think Gov. Christie should resign now that he’s running for president. Most said yes. (Henninger/The Wall Street Journal)

It’s rare to see dissent among the state’s Board of Education, but four members voted against the nomination of former education commissioner, Chris Cerf to lead Newark’s public schools. (Vannozzi/NJTV)

Kim Guadagno: Gubernatorial run a ‘decision for the future’

If you totaled the number of auto recalls last year alone, you’d end up with four years’ worth of cars sold in the U.S. — one out of every four on the road today. (Delmore/NJTV)

NEWARK, N.J. (AP) — New Jersey Transit engineers have voted to strike if their contract dispute is not resolved.

Services for John Whitman will take place in Bedminster on Thursday. (AP)

The head of the Republican National Committee, responding to demands from increasingly worried party leaders, spent nearly an hour Wednesday on the phone with Donald Trump, urging the presidential candidate to tone down his inflammatory comments about immigration that have infuriated a key election constituency. The call from Chairman Reince Priebus, described by donors and consultants briefed on the conversation and confirmed by the RNC, underscores the extent to which Trump has gone from an embarrassment to a cause for serious alarm among top Republicans in Washington and nationwide. (Tumulty, Rucker and Robert Costa/The Washington Post)

Senate could take up highway bill next week

Senate Majority Leader Mitch McConnell (R-Ky.) said on Wednesday that his chamber could begin work on an extension of the Highway Trust Fund as early as next week, but he gave no indication of how long the extension would last or how it would be funded. (Snell/The Washington Post)

HUDSON, N.H. — Jeb Bush raised eyebrows on Wednesday by suggesting that “people need to work longer hours” in order to grow the economy. But he later clarified the comment, moving quickly to quell a fresh assault by Democrats eager to characterize the Republican presidential front-runner as out of touch. (O’Keefe/The Washington Post) 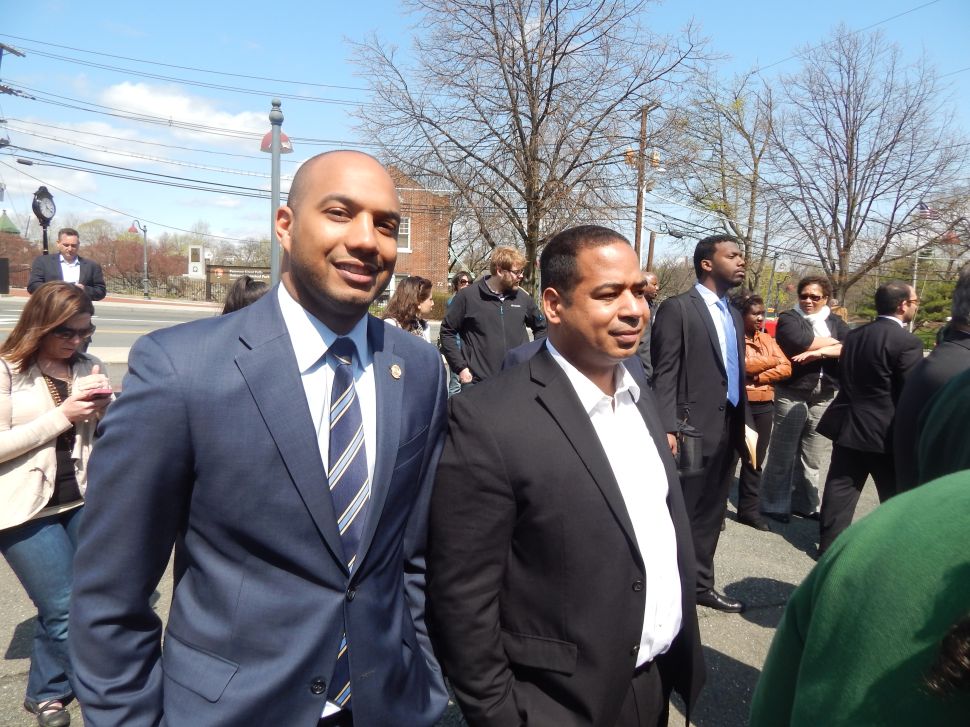