Chief Judge Jonathan Lippman rose through the court system as both an appointed and an elected judge. In 2007, Gov. Eliot Spitzer chose him as presiding justice of the Appellate Division of the Supreme Court, First Department before Gov. David Paterson promoted him in 2009 to his present post. “They both imploded immediately after appointing me,” Judge Lippman, 70, said with a laugh recently in his Manhattan chambers, where he candidly spoke about issues he’s been trying to take on—from raising the age of criminality to reforming an “ass-backwards” bail system.

You’ve called for many reforms—to grand juries, to the age of criminality—but most recently there’s been much attention on reforming bail. What’s the biggest impediment? Inertia. When you deal with major criminal justice reform, it’s just inertia, because whatever you do, you’re tough on crime, you’re soft on crime, you’re doing something and everyone hesitates.

If you could change any one thing about the court system—locally or nationally—what would it be? Let me give you two. One on the civil side, the biggest challenge to the viability of the justice system is the fact that poor people and people of modest means cannot get legal representation, and as a result of the difficult economic times we live in, they literally threaten to fall off a cliff at great cost to themselves, to their families, to society. To me, we must solve the justice gap in our state and in our country, which is basically the gap between the finite legal resources and the dire need for legal representation and services by people of modest needs.

On the [criminal] side, I think it’s the same principle, equal justice; everyone gets their day in court. We need basic criminal justice reform. Basic, fundamental, I’m not talking about esoteric criminal justice bills or reforms. To me, the cluster of issues that we have focused on are just basic—whether it be bail reform, raise the age of criminal responsibility, reform the institution of the grand jury, which goes back to the time of Magna Carta, wrongful convictions, ensure that not one single person is convicted of a crime that they’re innocent of.

When you first became chief judge, some people pointed to your connections to former Assembly Speaker Sheldon Silver as the reason why. Did that bother you? No. Some people at the time would say, “Mercurial rise, this guy all of a sudden is the chief judge of the state of New York.” And you say to yourself, “Jesus, I started from an entry-level position in the Unified Court System at the lowest level, and it took me 40-some-odd years to go from there to become the chief judge. If that’s a mercurial rise…”

You recently said you’d been “crying in the wilderness” about bail reform. What else are you crying in the wilderness about? Oh, virtually all the things we talked about… What I like about what I do is moving the mountains. You’re moving the mountains, these huge undertakings, but you have to recognize that if you just budge it a little, and you keep budging it, and maybe other people come in and budge it, budge it too, that at some point that mountain’s gonna move. 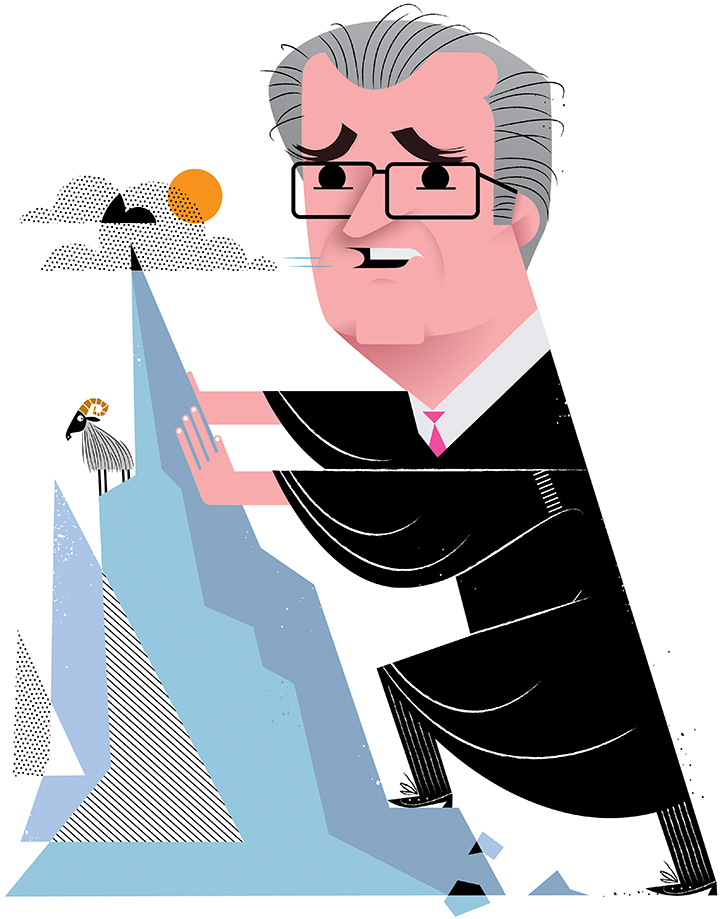