Greece’s debt crisis is not limited to its banks. In fact, its reach extends to the nation’s publicly-funded museums, according to a recent article in The Art Newspaper. After seven years of austerity policies and recent heightened economic uncertainty following the public’s rejection of bailout proposals, Greek art professionals are reporting that museums are running out of money to stay in operation.

“The first things to suffer under the government’s austerity plan have been culture, education, and health,” Denys Zacaropoulos, artistic director of the Macedonian Museum of Contemporary Art, told The Art Newspaper.

The Macedonian Museum of Contemporary Art, located in Thessaloniki, is a non-profit foundation that receives state funding. The Art Newspaper reports that its funding plummeted from €500,000 in 2006 to €180,000 in 2015, and the instituton is temporarily closed because operating costs were too high to sustain. Mr. Zacaropoulos told the paper that keeping services like air conditioning up and running were too expensive—troubling news for the preservation of artwork during the steamy Mediterranean summer.

Independent curator and organizer of the Thessaloniki Bienniale Katerina Gregos added that the opening of the EMST, a new contemporary art museum in Athens, has been postponed, and that the State Museum of Contemporary Art in Thessaloniki faces struggles with funding as well.

In the midst of the crisis, artists have taken to the streets to express themselves by dotting public spaces with colorful, politically-themed murals, and a project by an artist collective for the Thessaloniki Bienniale, organized by the State Museum of Contemporary Art, is tracking the economic events with video, text and a digital live image feed. 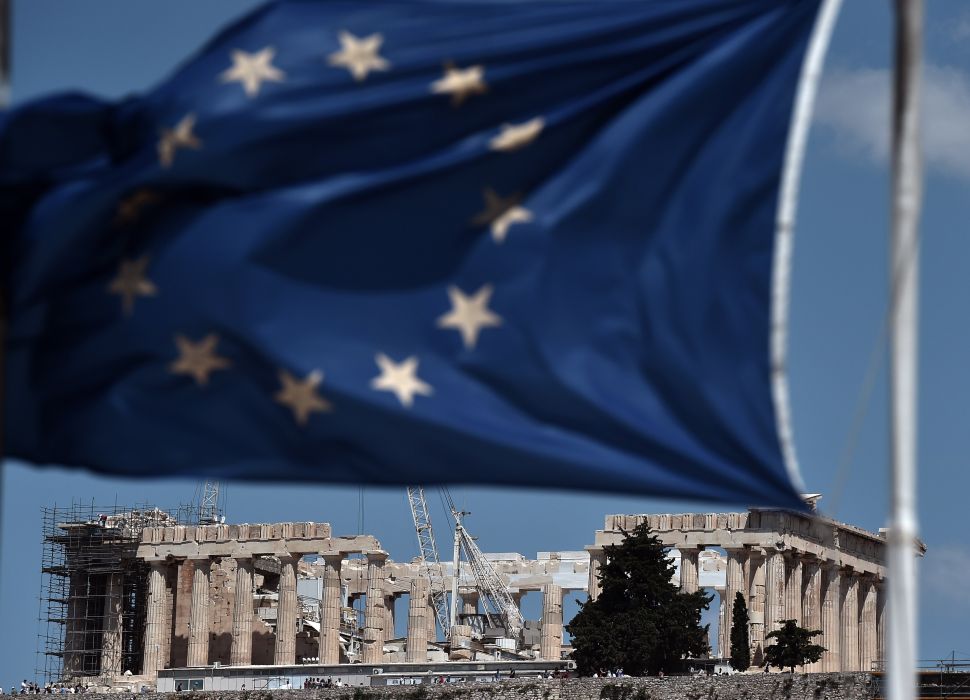