On July 8, Sotheby’s will hold the “Treasures” sale, featuring 47 lots, including one of the most significant Napoleonic relics ever to hit the auction block: the Roi de Rome Pistols, a set of guns that were the leader’s last gift to his beloved son. The sale will coincide with the 200th anniversary of the Battle of Waterloo, which occurred on July 18, 1815, and was the historic defeat that marked the end of the emperor’s rule in France.

The Roi de Rome Pistols are named for Napoleon’s only son and heir, Napoléon François Charles Joseph Bonaparte, affectionately known as “L’Aiglon (The Eaglet)” and dubbed the “King of Rome” by his father on the day of his birth. The pistols are laden with imperial symbolism—including Napoleon’s capital ‘N’ cypher, the eagle, the thunderbolt, and the bee—and feature an inlaid gold Iron Crown and mother of pearl scene of Achilles learning archery from the centaur Chiron.

According to Sotheby’s, the pistols were likely commissioned by Napoleon for the boy’s third birthday because of their small size, and had doubly important significance as a departing gift from father to son on January 24, 1814. (The invasion of France occurred in 1813, and the Napoleon fled France before it fell to allied forces on March 31, 1814). The pistols were made by gunsmith Jean Le Page, who worked under King Louis XVI, Napoleon I, and King Louis VXIII.

After Napoleon’s fall, the guns fell into the hands of William Bullock, a British entrepreneur who organized a famous exhibition of Napoleonic memorabilia in London several years after Waterloo. After Bullock sold them in 1819, they were owned by the Countess of Strafford, and eventually ended up in the hands of William Keith Neal, known for amassing the greatest private collection of firearms in Europe. 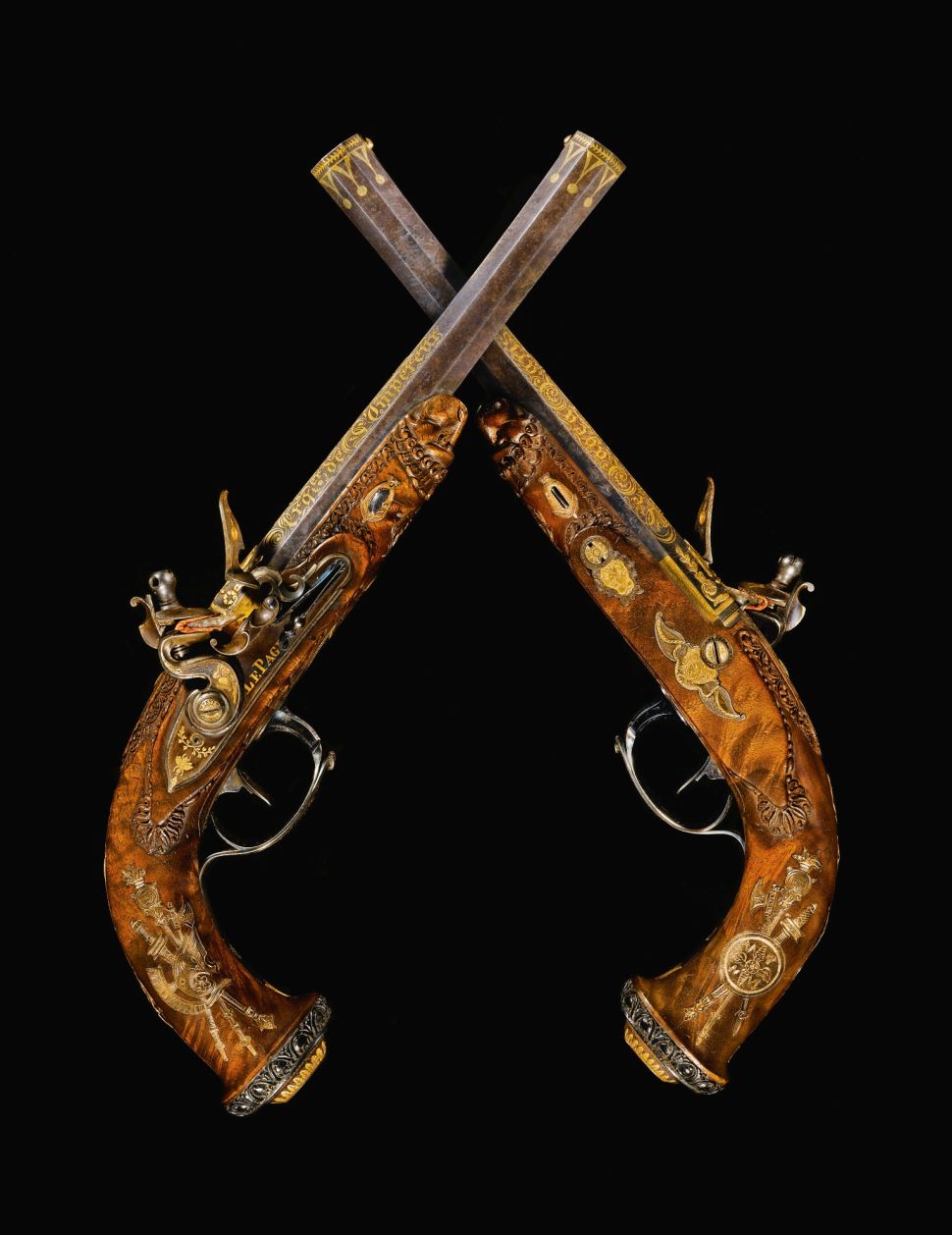