Unless you already have something planned for 11:00 that you’ve already moved twice, you’ll probably be along with me July 31 for Netflix’s Wet Hot American Summer: First Day of Camp. Netflix just released the first full trailer, and everyone from the original Wet Hot American Summer is here, along with some newcomer named Jon Hamm who I think shows a lot of promise.

My bias for early 2000’s cult comedies might be showing, but this looks amazing. This GIF alone could sustain me for many months of entertainment.

Many, many months. I know it’s not, but I need to believe that is actually Paul Rudd jumping off that motorcycle. 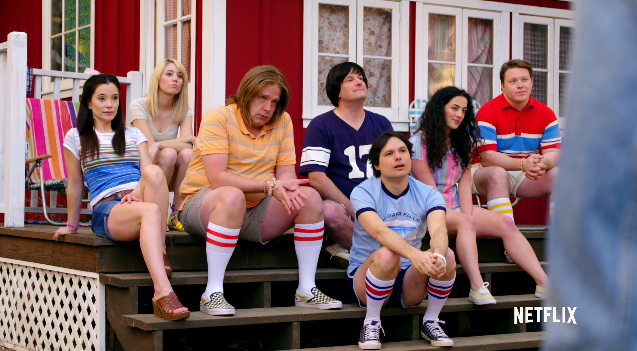