The Television Critics Association’s press tour kicked off this week, and the first panel up was everyone’s favorite binge-factory Netflix. The streaming network offered up a bunch of new information today —Bojack Horseman‘s third season, the premiere dates for Longmire and Aziz Ansari‘s Masters of None, confirmation that the Olsen Twins are indeed still alive — but the news nearest and dearest to my heart concerns Netflix’s slate of Marvel shows.

Netflix’s Chief Content Officer Ted Sarandos had this to say during the Executive Session:

“I think ideally there will be a rhythm of, about every six months, you’ll get a new season or a new series from the “Defender” group. And then they will cross over do a combined season once we’ve launched the first season of each of the four characters. And they will some will selectively have multiple seasons and as they come out. The cadence of it, though, we believe, will probably be about two launches a year.”

A press release from Netflix also confirmed that the next Marvel series, Jessica Jones starring Krysten Ritter and David Tenant, will debut later this year in the company’s fourth quarter.  This comes after the news in June that Walking Dead alum Jon Bernthal had been cast as The Punisher in Netflix’s break-out comic book series, Daredevil.

Still no official word on whether or not Mr. Bernthal’s Punisher will punch a polar bear in the face at any point on Netflix. Stay tuned for updates on that front. 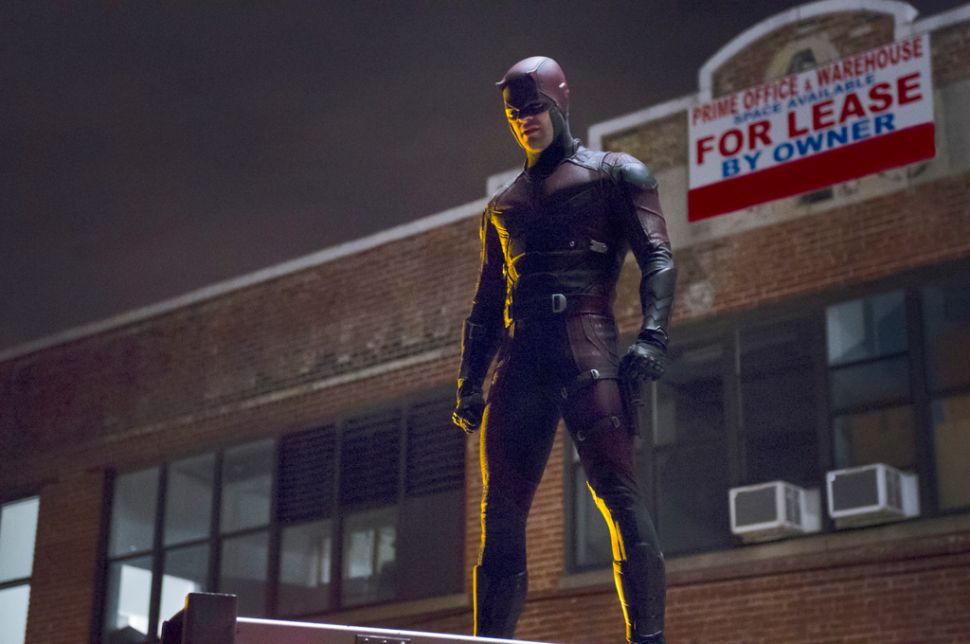