Few places are as gratingly familiar as your local subway platform. You spend untold time there, learning every inch (and rat) of the site of your early morning, late evening and nowadays really just constant rage meltdowns, as you wait for your ride. Now, one app will lessen the hellishness of this aspect of daily life for us plebs in New York City.

Thanks to No Ad, a free app for iOS or Android, augmented reality can replace any advertisements you see on the subway platform with contemporary art, through your mobile phone. Just point it at the walls and voila! You’re in a gallery of your own making, curated by local artists—and you don’t even have to chat with someone named Klaus or Zane.

The app was created by PublicAdCampaign, a project by Jordan Seiler working to reclaim public spaces, The Heavy Projects, a group of technologists with an appropriately heavy “About Us” section on their website, and Jowy Romano, a software developer and artist. (We spotted No Ad via the Huffington Post).

No Ad will switch out the artworks a user will see every month or so, according to HuffPo, and even blocks out the grimy subway walls, replacing them with the bright white of a gallery wall. No word, yet, on if it shows you good art, though, or, you know, Thomas Kinkade. But it probably doesn’t, based on the creators’ credentials.

For now, No Ad only works in New York, but plans to bring it to Berlin are in the works. 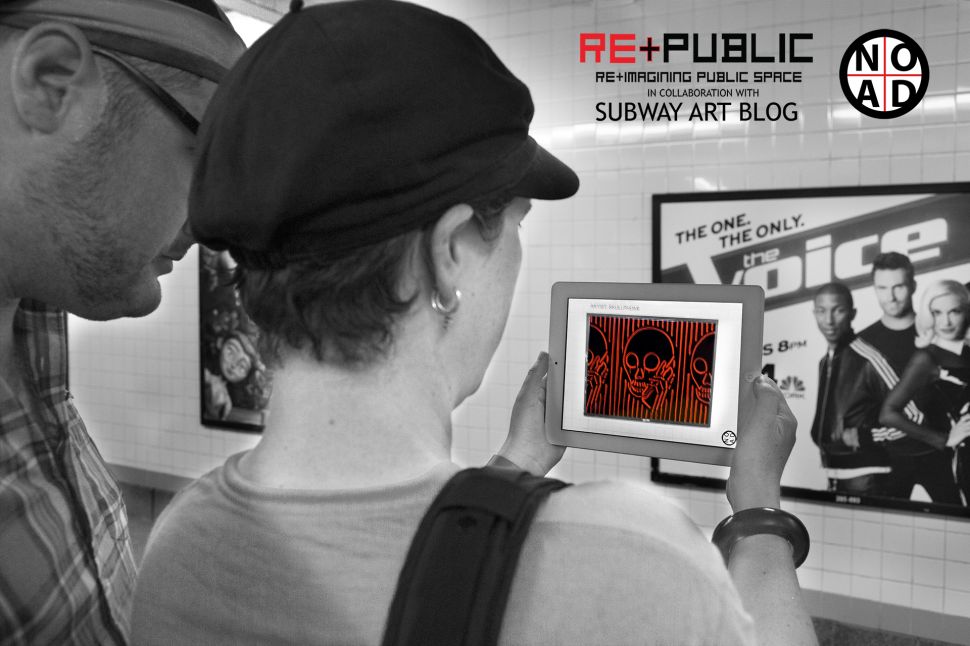