Even though a historic rent freeze took place in June, the number of rent stabilized apartments has still decreased drastically across the city. Now, a new interactive map shows exactly where over 50,000 apartments have been deregulated over the last eight years. Created by John Krauss and a team of “civic hackers,” the map is a detailed visual of the neighborhood distribution of these apartments, building by building, according to Gothamist.

Mr. Krauss and his team pulled a mountain of data obtained by tax bills—there are no official records available to the public—to create the map, which shows that many of the deregulated apartments were in the Upper and Lower East Sides. However, the red circles denoting buildings that lost at least half of their rent stabilized properties are found in almost every neighborhood in the city, from Manhattan’s Upper West Side to Brooklyn’s Greenpoint. 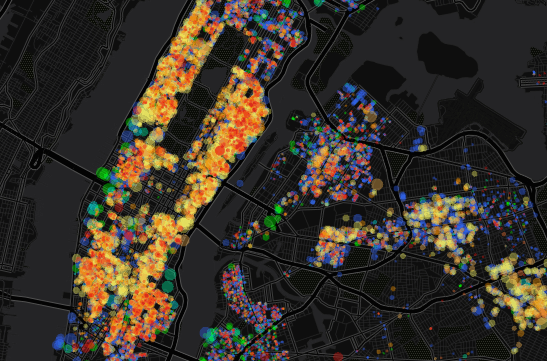