Last week, state officials and members of prominent Haitian organizations held a press conference in Trenton to present a resolution they

feel is critical to ensure that no Dominicans of Haitian decent are stripped of citizenship in their country. However, according to Manuel Segura, chairman of the NJ Dominican American Elected and Appointed Officials Caucus, there was one thing missing: Dominicans.

Originally, the resolution was supposed to be presented by Senator Ray Lesniak (D-20) at the July 23 Senate hearing. The resolution was tabled due to language that Segura and others in the Dominican Caucus felt misrepresented the intentions of Dominicans.

“No Latino was informed in the decision making,” Segura, a former Trenton City Councilman and 2010 candidate for Trenton mayor, told PolitickerNJ. “When I had a conversation with Senator Lesniak he was very understanding that we needed to enhance this resolution to allow us to be in the mix.”

For Segura, the lack of Dominican and Latino voices in the resolution do not provide a complete picture of the issue and that an “amicable solution” needs to be made so that all impacted voices are heard.

Assemblywoman Shavonda Sumter (D-35) is one of the representatives in the Assembly pushing for the issue. According to Segura, her large Dominican constituency should have had a voice in the bill.

“Her voter base is very Dominican,” Segura said. “We support her and I have a lot of respect for her but she needed to reach out to us too. It is good that she reached out to the Haitian leadership too but don’t we have a voice?”

According to Sumter, the voices of Dominican constituents are important and, though one Dominican group (the Coalition of Dominicans Against Racism) was represented on the resolution before, she understands the need to give both groups more equal representation as the resolution moves forward.

According to Segura, members of the Dominican Bar Association, Diaspora Dominicana and Dominican legislatures like New York State Senator Adriano Espaillat met in New York City last month to draft a statement that calls for fair human rights for Dominicans of Haitian decent.

Segura said the meetings with Senator Lesniak, Dominican groups and Haitian groups are in the works. He hopes that the modified resolution will be ready for Senate vote in August.

“I am hoping we can come to a unified voice, Haitian and Dominican,” Segura said. 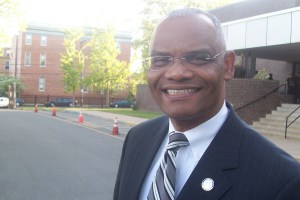