The President’s executive order last week ruled that Americans would no longer be barred from paying ransoms if their loved ones were kidnapped abroad. The only Americans who were not shocked by this order were the 50% of Americans who don’t have passports and the rest of the people who haven’t read this order.

The United States has a long-standing “no concessions” policy, under which it will not pay ransoms, release prisoners, change its policies, or agree to other acts in exchange for the release of U.S. citizens taken hostage overseas. The policy is intended to avoid encouraging terrorist groups and others that mean harm from kidnapping Americans.

In the wake of the 9/11 attacks, the federal government doubled down on its hostage policy by announcing that it “does not negotiate with terrorists.” The stance reflects the reality that many terrorist groups, including Al Qaeda and ISIS, generate the funds needed to finance their activities through kidnapping and ransoms

More than a decade later, journalists and aid workers are increasingly being abducted in several high-risk areas around the world, including Syria, Somalia, Iraq, and Afghanistan. According to the White House, 30 Americans are currently being held around the world. In many cases, the captors ultimately murder their victims and post videotaped executions online.

After the high-profile beheadings of several American hostages last summer, the Obama Administration ordered a comprehensive review of the government’s hostage negotiation and recovery policies. While the Obama Administration’s policy shift is sensitive to the families of Americans who are abducted, it does little to reduce the risk of kidnapping. In fact, it may even endanger the lives of U.S. citizens.

As detailed by President Obama, the country’s new hostage policy clarifies that the United States’ “no concession” policy “does not prevent communication with hostage takers by our government, the families of hostages, or third parties who help these families”. The White House also made it clear that it will not stand in the way if victims’ families attempt to pay ransoms and may even help facilitate the communication process in order to prevent them from being defrauded or further victimized. In the past, families reported being threatened with prosecution under a federal law that prohibits providing material support — including financial — to designated foreign terrorist organizations. The President’s Executive Order also creates a new interagency group that will be dedicated to hostage recovery activities and serve as a single point-of-contact for victims’ families. According to the Obama Administration, the Hostage Recovery Fusion Cell will “serve as the single, permanent U.S. Government interagency body responsible for coordinating the recovery of U.S. hostages abroad”.

Rep. John Delaney, D-MD, who worked with the family of hostage Warren Weinstein, is also critical of the policy. “The fundamental premise of the no-negotiation strategy is that if you start doing those things, you will lead to more hostages being taken. And I think that’s a very valid concern,” he stated. Weinstein’s family attempted to pay a ransom in 2012, but he was never released. He later died in a U.S. drone strike.

Unfortunately, other than in the mind of President Obama, there is no evidence that groups like ISIS and al Qaeda will negotiate in good faith or honor an agreement to release hostages in exchange for ransom. Rather, they will likely use the United States’ weakened position to abduct more innocent victims and extort funds from grieving families. 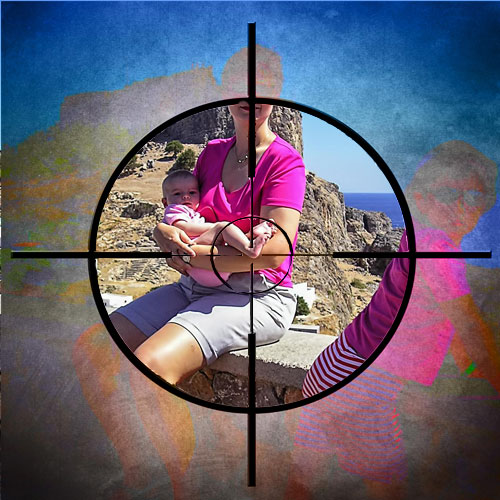