Not that you can avoid them, but WNYC has a map of the city’s dirtiest subway stations and a story about the MTA’s (insufficient) efforts to keep the tracks clean.

In other unsurprising news, a Brooklyn Law school dorm facing the Promenade may become condos, according to The New York Daily News.

Williamsburg gets all the good grocery stores: Trader Joe’s will join Wegman’s and Whole Foods in the trust fund hipster mecca, Crain’s reports. Which we hope might do something to alleviate the lines that wend around the chain’s other New York stores, but probably not.

The much-anticipated Citibike rollout on the Upper East and West sides is not without controversy, of course. The Wall Street Journal reports that residents are, much like their neighbors to the South, less than pleased with the placement of stations. Which, much to their dismay, must be sited in their neighborhoods and in front of some of their buildings if the program is to expand.

Brooklynites could certainly use another lower-priced grocery store given how much money they’re spending on housing. Crain’s reports that “the average sale price for a Brooklyn home reached a record $788,529 during the second quarter.” All of which means that more Brooklynites are continuing to rent, pushing rents to a sickeningly-high average of $2,964 per month in the Northwestern belt of the borough that runs from Park Slope to Greenpoint.

For those who are priced out, it can be hard to say goodbye. The New York Times reports that more than a few reluctant suburbanites are still spending their weekends in Brooklyn, reluctant to let go of the place they once considered a fundamental part of their identity.

Meanwhile, while prices are rising (the average reaching $923,000 during the past three months), there’s less sales volume overall, according to a REBNY report, written up in Capital New York. Which may not be so great in the long run… 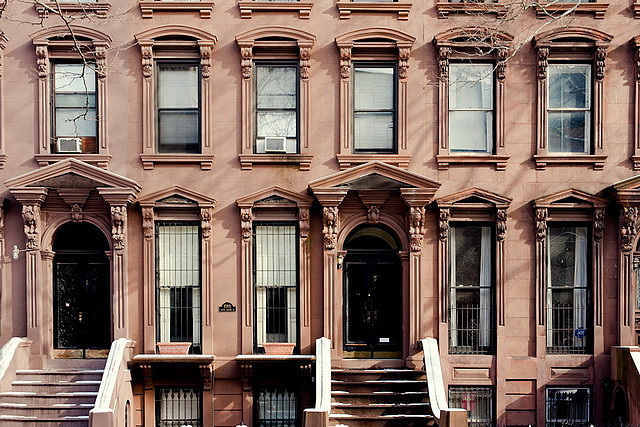