Owners of a 54-unit HDFC co-op on W. 106th Street claim that the board has allowed the building to deteriorate while paying themselves generous salaries from the common charges and they’re suing, according to DNAInfo. The building was taken over from a negligent landlord by tenants in 1994, as part of a city program that allowed tenants to take over apartment buildings in serious disrepair.

Also in serious disrepair is a Hudson Heights playground “crisscrossed with construction fencing and chicken wire,” DNAInfo reports. The Jacob J. Javits playground is on a list of scheduled repairs, but in the last year its slide and tire swing have both broken and been carted away with replacement.

Real estate mogul Lawrence Friedland’s South Hamptons mansion caught fire Saturday, according to The Post.  Multiple fire departments battled for hours, they report, so the house, assessed at $9.2 million, is likely a loss.

Plans are in the works for two new developments that would rise between the planned Astoria Cove project on the Queens waterfront and the Durst’s Hallets Point project, according to Crain’s. (That is, of course, assuming the Astoria Cove project ends up rising.) Studio V Architecture is drawing up plans for the separately-owned plots are between Second and Fourth streets, which are, at the moment, still zoned for industrial use.

Meanwhile, on the Lower East Side, developers L&M, BFC and Taconic have finished securing financing for the Essex Crossing redevelopment and are ready to begin construction, The New York Times reports.

The most expensive sale of the week was floor-through on the 29th floor of the Pierre Hotel, which traded for $22.9 million, according to The New York Times.  The sale, to the widow of a Liberty Travel founder Gilbert Haroche, follows on the heels of her selling the $70 million Sherry Netherland co-op they once shared, and was first reported by The Real Deal.

Gothamist has some tips for negotiating your inevitable rent increase. Among them, research the market to prepare for negotiation, tout your benefits to them as a good renter and realize that if you don’t have a rent-regulated lease you’re basically “kind of begging.”

“We must not go back to the pre-Uber era” Crain’s intones in an editorial. They tout the “No phone calls. Fast responses. Outer-borough service.” They even like the surge pricing.

But The New York Times’ Gina Bellafonte warns that you can’t effectively double the number of for-hire cares on the city’s streets without some examination; there were too few taxis, to be sure, but Uber also needs regulation and above and beyond everything else “what is really required is a comprehensive rethinking of the entire taxi system’s regulatory framework.”

Still, though Uber may be the catalyst for much-needed changes, she points out that Uber has behaved very ungraciously: “The rhetoric of sharing-economy corporations conscripts us all to their mission. It isn’t enough that consumers use their services; they need to feel riled when the companies are not getting everything they want. It’s not the problem of a multibillion-dollar global corporation. It’s your problem.” 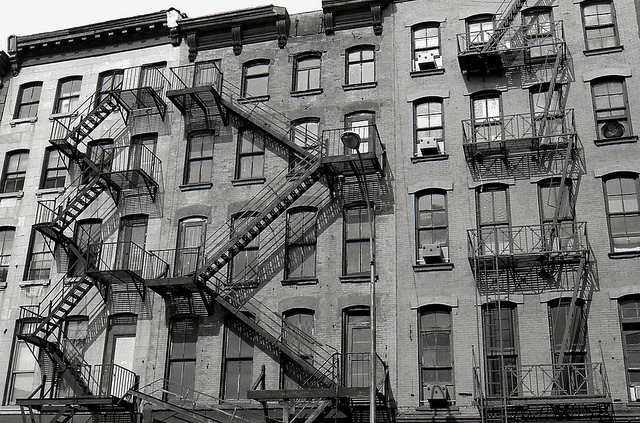