FAO Schwarz closed today, Crain’s reports, and even with hopes to re-open elsewhere, possibly Times Square, the closure has sucked a bit more of the charm from Midtown.

Speaking of a charmless Midtown: it’s actually surprising that it’s lasted this long, but Market Diner, one of the few remaining free-standing diners, located on 11th and 43rd Street, looks to be not long for this world. Gothamist reports that the Moinian Group has filed plans to build a mixed-use, 13-story building on the site. The diner has been in operation since the 1960s and was reportedly a favorite hang of Frank Sinatra and the Westies gang; the owner confirmed the diner’s closure but some harbor hopes that the entire building might be moved elsewhere.

And a charmless Lower Manhattan: an engineering firm thinks that the area is too confusing for tourists and should be redesigned to better accommodate them, DNAInfo reports. Their proposals include moving the charging bull and creating “corridors” for tour group gatherings on historic streets. Because, you know, colonial street grids are a real drag and have never done anything for the city.

Another disappointment was the $12.4 million sale of 17 Prospect Park West, which was nearly the most expensive house in all of Brooklyn, but is now only the most expensive house in Park Slope, according to The Real Deal. Once the place that Jennifer Connelly and Paul Bettany called home, the limestone mansion’s thunder was stolen by 177 Pacific Street, which just recently sold for $15.5 million.

In Bushwick, demolition has started at 330 Himrod Street, where a 63-unit mixed-use development by ASH NYC will soon rise; previously, the developer put up luxury condos at 48 Box Street, according to DNAInfo.

Demolition is also likely to come soon to the Brooklyn Heights library branch at 280 Cadman Plaza West, for which the community board approved a controversial redevelopment plan last night that would replace the library with condos, The New York Times reported. The library branch would be moved to the lower levels of the building and Hudson Companies, the developer, would be affordable housing off-site in Clinton Hill.

There is much ado made of all the affordable housing created, but the units lost through rent destabilization have rivaled though preserved over the past decade and now you can see where via a color-coded map made by a man named John Kraus [h/t Curbed].

Hamptons McMansion king Joe Farrell is at it again, throwing up the super-sized spec houses that earned him millions of dollars and nearly as many enemies, The Real Deal reports. But this time around he’s struggling with a hard-to-budge adversary: land prices. So he’s moved operations north of the highway in Bridgehampton—further from the ocean, but one must make compromises to get a sprawling manse on a lavishly-sized plot. 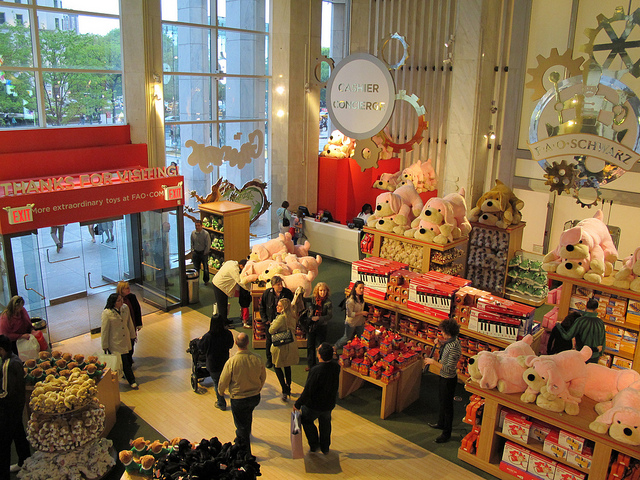