Are Brooklyn’s coolest neighborhoods poisoning their residents? Unsurprisingly many of the borough’s formerly industrial, now rapidly gentrifying enclaves have long histories with chemical toxins, Crain’s reports, and not all of them have been cleaned up. Not that anyone’s really put off by it, though. and is land in New York. Even if it’s poisonous, apparently.

Speaking of cool: the 1970s waterfall tunnel behind the McGraw-Hill building won’t cool you off, Gothamist reports, but it is still really, really cool.

In a change of course, Gov. Cuomo has said he doesn’t intend to weigh in during the negotiations between building trades and developers as they hammer out a new 421-a agreement, Capital New York reports. But it was at Cuomo’s insistence that the negotiations are happening at all, as in May, the governor refused to back any deal that did not include provisions for the trade unions.

The Real Deal claims that as more than 40 percent of condo buyers in the $5 million and up condo market took out a mortgage, the myth of the all-cash market has been diminished. “That ‘all-cash’ dominated luxury condo market you keep hearing about? Turns out, it’s not really a thing,” they claim. But if 40 percent took out mortgages, that means that 60 percent didn’t, so not only is the all-cash market a thing, but it does, in fact, dominate the luxury condo market.

New residential construction permits are the highest they’ve been since 1963, The Wall Street Journal reports, though that may be largely attributable to agita over the expiration of 421-a.

Meanwhile, U.S. homeownership rates, at 62.4 percent, however, are at their lowest since the 1960s, according to Bloomberg.

For all those Mitchell Lama wait-listers who feel sure you’ve been passed over: turns out maybe you have. The state comptroller’s office found that faulty record keeping was responsible for people on the wait list getting passed over, according to The Real Deal. Also, there are Airbnb rentals in the affordable housing complexes (shocker).

There goes the neighborhood: punk mainstay Trash and Vaudeville is leaving St. Mark’s Place, EV Grieve reports. But it plans to re-open on E. 7th and Avenue A. The owner tells the website that the relocation was motivated, in part, by “a shift in the clientele.” He says that “the block is not as conducive for fashion shopping as it once was. Now it seems as if it’s all food — fast food — and bongs. Even stores that aren’t bong stores sell bongs.”

SL Green did not make any friends when it took down the CNN sign at 3 Columbus Circle and installed one promoting itself instead, Crain’s reports. But given that CNN is moving to Hudson Yards (from the Time Warner Center) and no longer wants to pay for the ad space, the shift is not at all surprising. That doesn’t make it popular, however. The shift from neon to LED (as almost all billboards in the city are now) doesn’t help, either.

Also not making friends is Luigi Rosabianca, a real estate attorney who was disbarred today for violating the terms of his license suspension, The Real Deal reports. We can personally attest that Mr. Rosabiance is a wily one, as he once insisted to us on the phone that a lawsuit filed against him for impropriety in handling funds was all a misunderstanding just days before it led to his suspension.

Or Uber. Gothamist reports that the car service start-up has admitted that all the cars you see near you before you hail a ride is just a “screensaver” that is “meant as more of a visual effect more than an accurate location of drivers in the area.”

Or the landlord who tried to reduce the award in a judgement against him in which a child got lead paint poisoning by arguing that the child was Hispanic and therefore unlikely to attend college, according to The Wall Street Journal.

We actually don’t know if love or hate the man who was photographed balancing a (n)espresso in a small glass cup as he biked the wrong way through Midtown traffic this afternoon. [via DNAInfo] But we are impressed.

In any event, time to finish on a happy note: Gothamist has profiled the man who may well be Brooklyn’s only Hasidic dog walker. 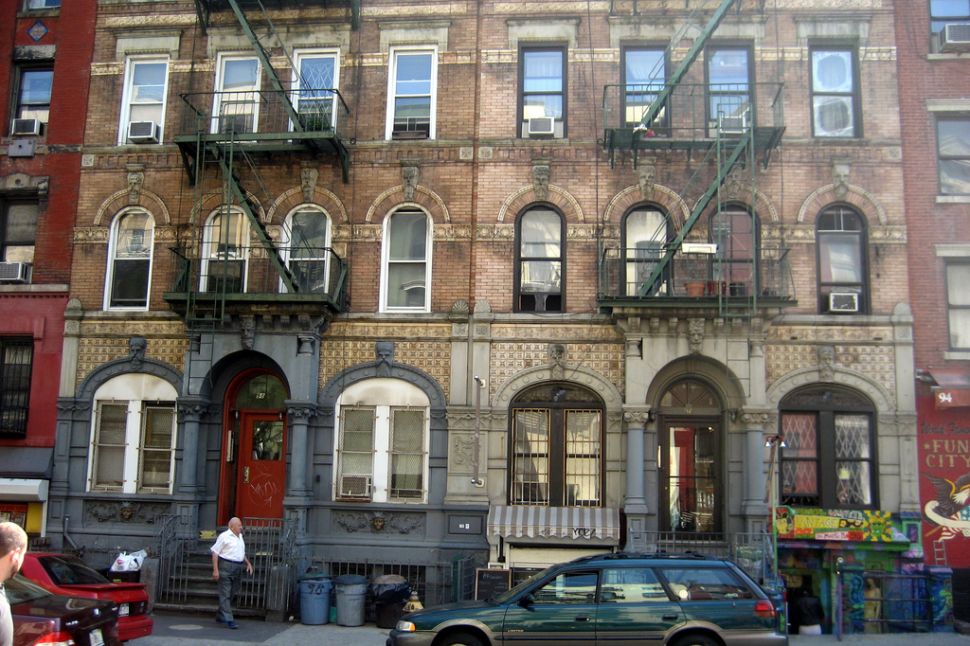