Mayor Bill de Blasio is adamant that he’s not rolling over when it comes to regulating Uber, Crain’s reports, even as he backed down on his plan to cap the number of new drivers. Under the terms of the most recent agreement between the city and the car service, Uber agreed to share data for a four month traffic study and to contribute more money to the MTA; at the same time Gov. Andrew Cuomo said that he is also looking to impose regulations.

But the administration’s unexpected decision to abandon the cap fight left many elected leaders, allies and those in the taxi industry at a loss, The New York Times reports. Melissa Mark-Viverito, meanwhile, told the paper that she was “not going to allow anyone to attempt to save face at the expense of this Council,” and “accused the administration of claiming to have outsize influence over the agreement with Uber and noted that it was the decision of Council leadership to refrain from a vote on the measure.”

A duplex penthouse atop the Zeckendorf/Global Holdings collaboration 50 UN Plaza is hitting the market for $70 million, according to The Wall Street Journal, which to be honest, doesn’t even sound that expensive anymore. The condo is approximately 9,700 square feet, has a 34-foot long heated pool and in the event that taking the stairs from the 42nd to the 43rd floor proves to burdensome, an internal elevator.

For the rest of us: plus-size one-bedrooms are increasingly in-demand, especially “junior 4s” which are one-bedrooms with separate living and dining rooms, as an option for couples looking for a less-expensive alternative to two-bedrooms, according to The New York Times. “Raising children in the dining room may not seem like the American dream of homeownership. But in New York City’s tight real estate market, the reconfigured one-bedroom may be a way for buyers to move up, if only a half-step.”

Or you could live on a house barge! There’s a one-bedroom on Beach Channel Drive for $25,000, plus marina docking fees, DNAInfo reports. Downsides: the barge has to be moved by towboat because it’s without motors and the only toilet is a composting one.

The New York Times editorial board applauds the affordable housing progress made by the de Blasio administration, but warns that “that progress has to be measured against the steady erosion of existing affordable apartments as gentrification spreads, accelerated by rezoning and a building frenzy at the high end of the market.”

Meanwhile, residents of Castleton Park Apartments, an affordable housing complex in Staten Island, are responding to the news that Stellar Management plans to keep their 454-unit development affordable with some skepticism, Crain’s reports. Stellar, which recently partnered with non-profit CAMBA Housing Ventures to buy the complex for $30 million, is known for converting affordable housing to market-rate and luxury, but in exchange for subsidies from the city, has agreed to renovate the complex and keep it affordable for another 37 years.

The owner of the popular indie film venue Nitehawk has paid $4.75 million to rent out (which seems strange?) a property in Bushwick, DNAInfo reports. But owner Matthew Virgha “said the property will not be for another location of Nitehawk Cinema. He’s managing the building and is planning to rent it out, possibly for a brewery.”

And finally, beware the subway changes this weekend, Gothamist warns. 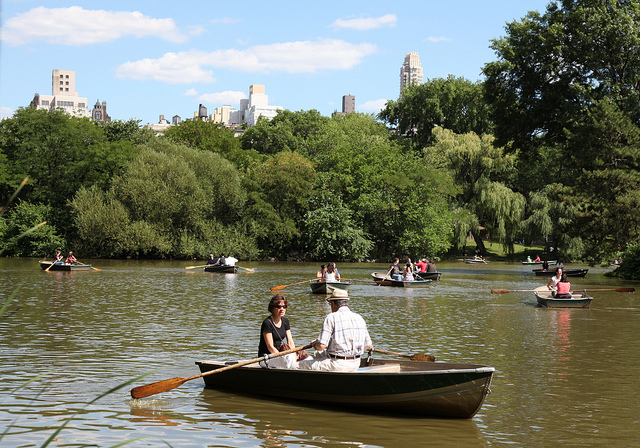