Union Square Cafe will be staying in Union Square. The New York Times reports that the neighborhood-defining restaurant, which decided to leave it 30-year home because of a massive rent increase, will be re-opening at City Crab’s space on Park Avenue South and 19th Street. And Danny Meyer, apparently quite sensitive to the unpleasantness of displacement “is even taking on responsibility for City Crab’s employees” and will try to place all 75 within its own holdings.

In other restaurant news, Momufuku is opening another outpost on Eighth Avenue and 21st Street, according to DNAInfo.

Citco, a business that specializes in providing investment firms with support services is making a (minor) play to get into the co-working game, Crain’s reports. The company, which already has an office at 350 Park Avenue, leased an additional 20,000 square feet that it plans to sub-lease to as many as 25 other companies.

Volunteers from the Department of Consumer Affairs are launching an outreach effort to stop businesses from air conditioning the sidewalk, Gothamist reports. “Throughout New York City, many businesses open their doors during the hot summer months to lure customers inside with cool air. This practice should never be seen as a cost of doing business—but a harmful cost to our city’s environment and a waste of money for the business,” writes DCA Commissioner Julie Menin.

Even the Germans aren’t immune from transit boondoggles: Bloomberg Businessweek takes a deep dive into the $6 billion embarrassment that is Berlin Brandenburg airport. Among the problems with the “state of the art” facility: replacing a faulty fire alarm system with an even faultier one: human fire watchers, who were to watch for smoke communicate via a cell phone chain in an area with notoriously flukey cell phone service.

Things are not looking great for public transit: after city hall backed down on the Uber cap, Gov. Andrew Cuomo told NY1 that if the MTA wants money to close its capital plan gap, it had best look to city hall, as reported by Capital NY, which points out that Cuomo basically controls the MTA.

At least the infrastructure shame that was Long Island College Hospital is receding from memory, especially now that NYU Langone has announced plans to build a new $204 million emergency room on the site, according to Crain’s. The expansion is a savvy move on the part of NYU Langone, which “is pursuing a larger presence in Brooklyn” and “seeking regulatory approval for a merger with Lutheran Medical Center in Sunset Park. 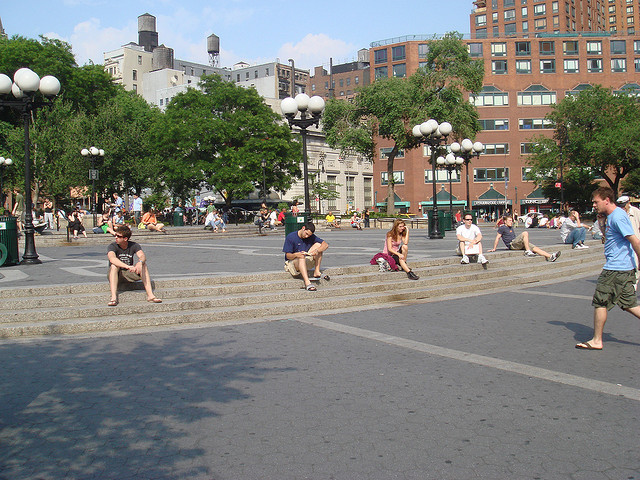