Who are the Novogratzes? Or as they like to refer to themselves in the collective, “the Novogratz?” The Real Deal profiles the photogenic house flippers/TV personalities/highly-branded family. Among the fun facts, each of the kids has a manicured web presence, they named their fifth child Five (we’re guessing he’s the perpetually resentful one?) and their heroes are Ralph Lauren and Francis Ford Coppola.

While we would not have called the renovation a selling point in the maisonette at the Plaza that listed for $25 million about a year ago, apparently someone found the 4,283 square-foot residence charming enough to spend $17.25 million on it. And that person was Mark Mitchell, the founder and chief executive of in-home health care provider U.S. Medical Management of Troy, Mich., according to The New York Times. Mr. Mitchell was apparently enthused about the marble mosaics, woodwork and what appears to be a built-in canopy bed; the purchase included all furnishings and artwork; it’s unclear whether or not it was possible to decline the “perk.”

Meanwhile, $26 million will not get you a renovated home if you want to buy the mixed-use townhouse that’s for sale on 69th between Madison and Fifth, The Wall Street Journal reports. The townhouse in landmarked and is divided into a retail space and two apartments; it comes furnished, but not, alas, reconfigured.

The construction of One Vanderbilt makes for an interesting test case of a private developer performing subway work, Yimby notes. SL Green will be responsible both for cost overruns and hiring contractors at the Grand Central-adjacent site, though the MTA will still oversee, and approve all plans relating to the project.

On the topic of private money and public institutions: The fountains flanking the Fifth Avenue branch of the New York Public Library are flowing again, The New York Times reports. As to how much it cost to restore them to working order, the funds came in the form of a gift from late philanthropist Robert Wilson and “a spokeswoman for the library said she could not disclose the dollar amount of the gift for the fountains, under an agreement with the trust.”

The owner of the East Village’s Lit Lounge is moving to Brooklyn after 14 years because of “new East Village crowd and the flight of the creative types to creative Brooklyn,” according to DNAInfo. The dark bar will be re-opening in East Williamsburg.

Fake broker Juan Valoy, convicted of duping would-be tenants in Washington Heights to giving him security deposits for non-existent apartments, was sentence on Friday to 1-4 years, according to The Real Deal. Mr. Valoy pleaded guilty to a scheme in which he showed applicants unavailable apartments, then absconded with thousands in application fees and security deposits.

In a slightly less dastardly scam (but dastardly nonetheless), the New York Post reports that someone operating under the auspices of St. Mark’s Realty is pulling a classic bait and switch, advertising luxe apartments at the same addresses where celebrities live, then showing respondents far more modest digs as the advertised properties are suddenly “off-market.” Among the so-called apartments was a $2,400 two-bedroom in the townhouse where Anna Wintour lives; a spokesperson confirmed that the editrix is not renting.

What could we learn from Berlin’s new rent control policy mietpreisbremse, which prohibits landlords from charging more than 10 percent above each neighborhood’s median rental price for non new-construction? Curbed asks. Well, it does seem to be working… but good luck passing something that pro-tenant in New York. 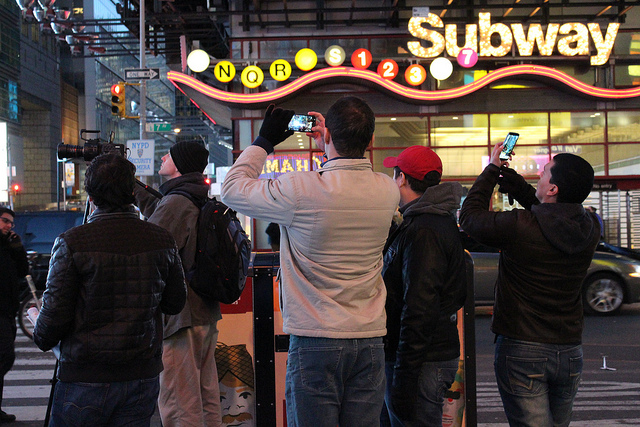