One of the most iconic scenes in director Penelope Spheeris’ landmark 1988 music documentary, The Decline of Western Civilization Part II: The Metal Years, is of W.A.S.P. guitarist Chris Holmes guzzling a bottle of vodka, leather-clad and floating in a pool, while his bemused mother, Sandy, looks on. He mumbles: “I’m a full-blown alcoholic,” before guesstimating 10 years into the future: “I’ll probably be dead.”

‘Oh my goodness, I’ve got to film this because I’ve never seen anything like it before.’—Penelope Spheeris

Fast forward 27 years, and Holmes is living in Cannes, France, sober for more than 15 years. Now, thanks to extra footage, we find that yes, it was a bottle of Smirnoff vodka that Holmes downed… but subsequent bottles were filled with pool . That and other heretofore unseen details are found in the enticing extras—performances and interviews—included in The Decline of Western Civilization Collection, which came out on Blu-ray and DVD on June 30.

When the Observer recently caught up with Spheeris and her daughter, Anna Spheeris Fox, from their Los Angeles homes, the pair spoke of the trio of documentaries—the first investigating the L.A. punk scene of the late ’70s; the second, the heavy metal scene of the ’80s; and the final film looking at street kids in the ’90s—as labors of love, and explained the work that went into packaging the films together on DVD for the first time. Fox was able to woo the ubiquitous Dave Grohl into doing a commentary: Turns out Grohl is a fan of the first doc, which featured his current Foo Fighters guitarist Pat Smear when he was part of seminal L.A. punkers the Germs.

Spheeris, now 69, was fresh out of film school when she got into the Los Angeles punk scene. “I said, ‘Oh my goodness, I’ve got to film this because I’ve never seen anything like it before,’ ” she recalls. “Before that punk rock time you see in the Decline, you didn’t see any mosh pits and slam dancing. I was just possessed to shoot it.” At the time, her daughter was about 9, and accompanied her mom to gigs when appropriate.

“I learned a lot of survival skills,” laughs Fox, now 44 and the mother of a metal-loving 16-year-old boy. “By the time I was a teenager and going out to clubs on my own my friends would come to me and say, ‘Oh, your mom just got here.’ We were all hanging out with the same people, in the same places.”

‘Before that punk rock time you see in the Decline, you didn’t see any mosh pits and slam dancing. I was just possessed to shoot it.’

The first Decline featured the late Darby Crash of the Germs on the film’s posters/cover art. The singer committed suicide in 1980 at the age of 22. “We had him on the film two different times,” Spheeris recalls. “In the performance footage, he was out of it from alcohol and drugs, and it was hard to watch, actually. But when we filmed him making breakfast in the kitchen, he was very lucid, very bright and very sweet. I didn’t think he was going to say goodbye when he did. It was a big shock, honestly.”

And in her least-seen third Decline documentary, many participants didn’t survive. “A lot of the kids in Decline III didn’t make it because they were homeless and out on the street and weren’t taken care of by their parents.”

As a mother, that hit Spheeris particularly hard. “Decline III changed my life. It made me realize that I really didn’t care about Hollywood anymore. I didn’t care about glamour and money and ‘making it.’ What I really cared about was people and trying to help people. So I became a foster parent. I’ve had five foster kids so far and I’m getting my sixth one tomorrow.”

The access Spheeris got to her subjects was a result of the gritty genuineness and even-handeness of the first film. “If you were a musician in Los Angeles, you knew The Decline of Western Civilization, so people wanted to be part of the second one,” she observes. “I was actually surprised that we got the big names like Alice Cooper, Ozzy and Lemmy. By the time I got to III, I remember seeing these kids walking down Melrose [Avenue in West Hollywood]. I walked up and said, ‘I want to do Decline Part III; you guys look really good and I want to get to know you.’ They said, ‘Well, you can’t do that movie, Penelope has to do that movie.’ I’m like, ‘I am Penelope,’ and they go, ‘O.K., let’s do that movie.’ ”

While Spheeris found commercial success when Hollywood came calling with Wayne’s World in 1992, documentaries remain her true love. Currently, the dynamic mother and daughter duo have a fourth installment in mind; Spheeris notes that any other film offers “would have to be a very special project if I took it at this point. I don’t really want to do anything except The Decline Part IV.” And the topic? “That’s the big question,” she says. “But I’m going to have to keep it on the down-low for now.” 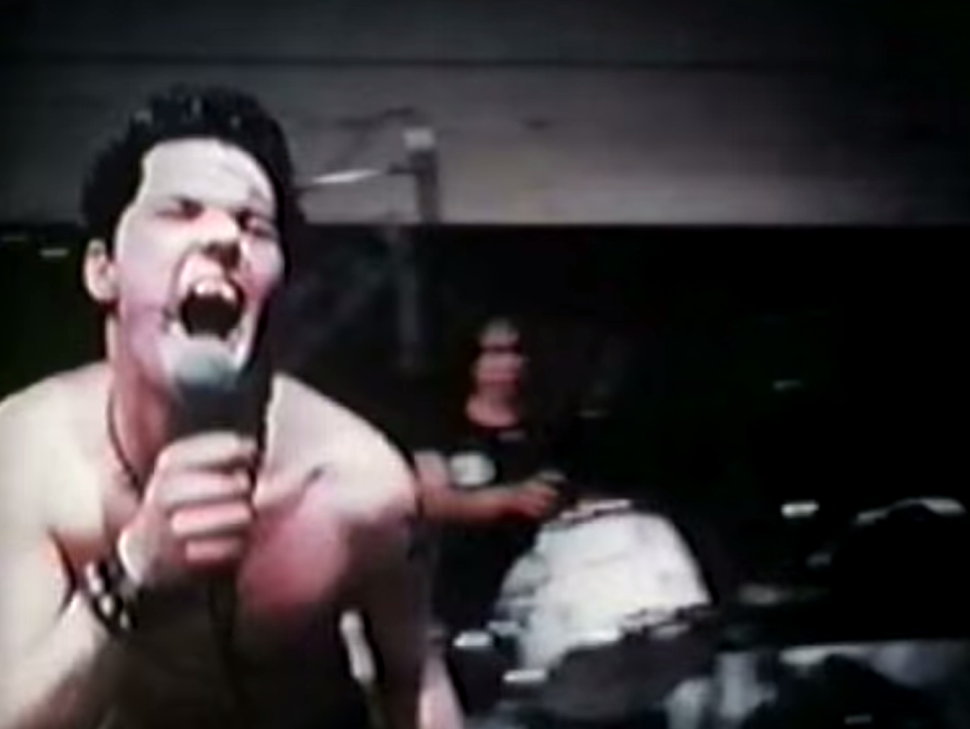