Eighty years after Picasso lived at the Hôtel de Savoie in Paris, plans are afoot to transform the building into a monument and educational space, reports Paris Match.

Thanks to the modern master’s daughter, Maya Widmaier-Picasso, the hotel that housed Picasso’s workshop on the Rue des Grands Augustins will be open to the public shortly. Just how soon, Paris Match doesn’t say—their news writing style combined with our French may have made that information, if included, indiscernible.

But what’s important is that Picasso lived and worked in this building from 1936 to 1955; it is where he endured the Nazi occupation of Paris. He created many somber works there, reflecting the wars plaguing Europe, including Guernica (1936), a reaction to the Spanish Civil War.

However, until now, le grenier de Picasso (Picasso’s attic), as it is referred to, was commemorated with only a small plaque. The space was being used for exhibitions and educational purposes, but the landlord had hoped to renovate the hotel, which had fallen into disrepair. Much argument ensued, and in May 2014, the workshop was finally classified as a historical monument. Ms. Widmaier-Picasso and her three children launched The Maya Picasso Foundation for Arts Education in order to protect the landmark.

The foundation will collaborate with Helzear, the company that is managing the building’s complete restoration, to preserve the upper floors of the site as a monument and create a street level space where visitors can learn about the artist’s work and life. Or at least, that’s what we think the magazine says.

The Picasso museum will also play a role in the project, introducing artist residencies for the space. 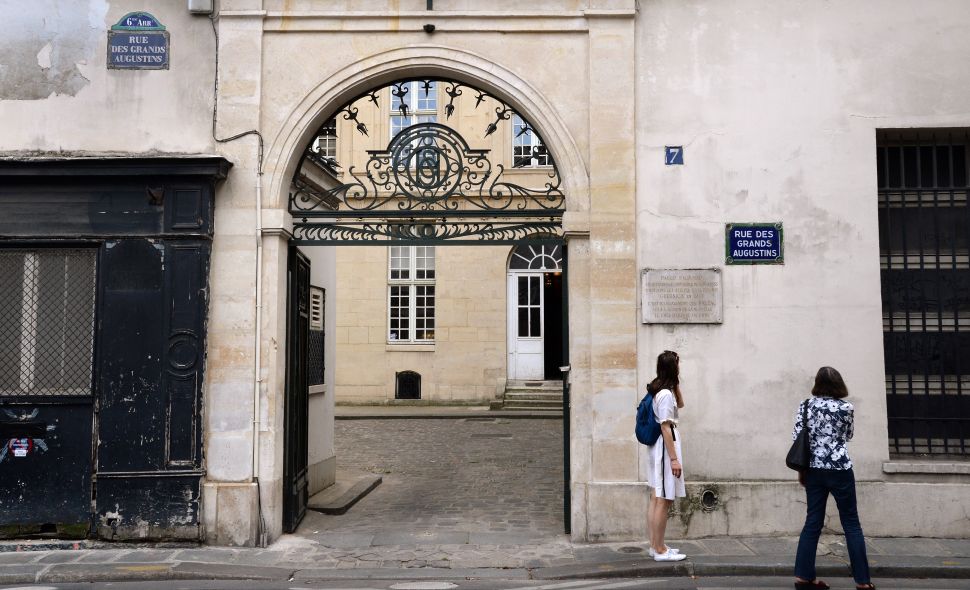