Send in the Clown Torturer.

Bruce Nauman will have a retrospective exhibition in 2018 at both the Museum of Modern Art in New York City and the Schaulager museum in Basel, Switzerland. The show will begin at the Schaulager in March of that year and will then move to MoMA in September.

This will be the first Nauman retrospective since the acclaimed one organized by the Walker Art Center in Minneapolis that traveled extensively between 1993-95.

The always timely Gagosian gallery has had two Nauman exhibitions this year, one that is currently up in Paris, and one that was at their uptown New York location in February. (Sperone Westwater has been representing the artist, well, for years.)

Mr. Nauman, now in his seventies, has had a prolific and influential career, beginning with a series of minimalist sculptures that referenced his own body. He soon became known for his groundbreaking video work, including Black Balls, Pacing Upside Down and Clown Torture. Mr. Nauman has also worked in drawing, performance, neon, photography, and a variety of other media. Beyond its cultural achievements, the show will likely define and juice the market for the artist’s work, which has been somewhat uneven because of that wide use of media (including archaic VHS tapes). 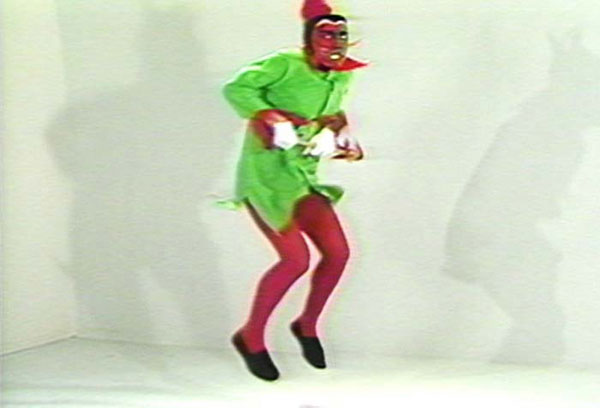