A look at what’s going on in New Jersey politics, where the Feds are asked to bail out a foundering pension system, a former U.S. senator steps back into the spotlight and Steve Sweeney is making his mark in various counties.

Torricelli to host fundraiser on his country farm for Dem challengers

In another sign of accelerated political activity by the veteran politico, former U.S. Senator Robert Torricelli is hosting a fundraiser next month at his Hunterdon country barn for LD16 Democratic challengers Maureen Vella and Andrew Zwicker.

Senate President Steve Sweeney (D-3) in the coming weeks intends to demonstrate the capacities of his power in jump ball counties with a series of legislative roundtables around the state, starting in Bergen, widely seen as a 2017 gubernatorial battleground.

Sweeney wants to help out in Burlington

“They haven’t asked but I am sure they will,” Sweeney told PolitickerNJ. “If and when they do I will be helpful.”

The crowd was out in force for presidential hopeful Bernie Sanders’ telecast at the Collingswood Community Center Wednesday night.

Daisy Ortiz-Berger thinks she is the right candidate to fill the seat James Tedesco vacated on the Bergen County Board of Chosen Freeholders when he was elected County Executive last year. Currently, the seat is occupied by Democrat Thomas Sullivan Jr.— he was appointed to fill the one-year unexpired term—but Republican challenger Ortiz-Berger thinks her business savvy, Latina heritage and “desire to do what is right” might give her an edge over the incumbent in November.

BurlCo Freeholder race may alter field for ’16 and ‘17

Singleton in D.C. talking to Dem leaders about a CD3 challenge in 2016

A Democratic Party source spied a familiar Trenton politician in Washington, D.C. today: Assemblyman Troy Singleton (D-7), who is said to be talking to Democratic Party leaders in Congress this week about possibly challenging U.S. Rep. Tom MacArthur (R-3) in 2016.

Slates form for Elizabeth Board of Ed control election

Wait, we wrote that last year.

Nothing’s changed. It is simply the ongoing, abiding state of political Armageddon in Elizabeth.

The Attorney General’s Shooting Response Team is conducting an investigation into the circumstances surrounding a shooting involving an off-duty state trooper that occurred during the early morning hours of Sunday in Sparta, according to the AG’s Office.  Nobody was injured in the incident involving the trooper and three young men, the AG said.

The Camden County Freeholder Board has opened a 61,694 square foot facility on 6.23 acres in Gloucester Township.

The Camden County Elections and Archive Center houses the offices of the Superintendent of Elections, Board of Elections, County Adjuster and some election services of the County Clerk’s Office.  It also provides secured storage for county record management, along with space for 800 voting machines.

The last time people in New Jersey screamed the name “Bernie” in unison was when Yankees slickster Bernie Williams used to pull injury rehab ball with the Trenton Thunder, that Yankees farm club on the river. But Wednesday, all around New Jersey – including in a roadside comedy club turned campaign organizing venue – the “Bernie” chant rose for the Vermont Senator running for the 2016 Democratic nomination for president.

New Jersey Senate President Stephen Sweeney joined with state Senator Nellie Pou (D-35) and members of the New Jersey Coalition Against Sexual Assault (NJCASA) in an effort to urge Governor Chris Christie to sign legislation that would extend rights to sexual assault victims that are only currently available to victims of domestic violence.

As much as we hate the idea of our governor thumbing his nose at yet another infrastructure project, it’s good to see Gov. Chris Christie roundly dismiss Donald Trump’s proposal to build a “great, great wall” along the border with Mexico, and get Mexico to pay for it.

A U.S. Congressman and a Gloucester County resident were among those indicted Wednesday for their alleged roles in a racketeering conspiracy that also involved the misuse of campaign and federal funds, according to the U.S. Justice Department.

Gov. Chris Christie’s plan to control Medicaid spending he has advanced as a Republican presidential candidate would withhold $3 billion a year from the New Jersey budget, devastating the insurance program used by one in five residents who are low-income, elderly and disabled, according to a report Wednesday.

Patterson Mayor Jose “Joey” Torres this week sent municipal employees an email asking them to sign a petition backing a citywide referendum on the proposed establishment of a new recreation tax.

State and federal disaster recovery experts are planning to meet with local emergency management officers to tell them about applying for disaster assistance related to a storm that walloped parts of southern New Jersey in June.

Wall Street contributions, which helped Rep. Scott Garrett build the biggest campaign bankroll in the New Jersey delegation in Congress, may be drying up as a result of his opposition this month to recruiting gay Republicans to run for the House, Bloomberg Politics reported.

New rail tunnels under the Hudson River are needed to reduce delays, but the expensive project won’t work without a greater financial commitment from the federal government, Gov. Andrew Cuomo said Wednesday.

A new rail tunnel across the Hudson River into Manhattan is critical to New Jersey’s economic future. There’s no getting around that basic fact. It was true before Hurricane Sandy swept through and damaged the existing century-old tunnels, back when Gov. Chris Christie in 2010 scuttled the $12.4 billion ARC — Access to the Region’s Core — project that would have doubled peak rail service. It’s even more true now.

A $225 million settlement between the Christie administration and ExxonMobil is set to be discussed in front of a state judge.

Chris Christie’s personality is selling point, but New Hampshire may not be buying

He flew to this state immediately after announcing his presidential candidacy and burned nearly a half-million dollars on his initial ad purchase, directed at voters here. He has locked down the former state Republican chairman to lead his New Hampshire campaign. And he has already held more than a dozen town-hall-style events in the state.

Despite Chris Christie’s intense focus on winning New Hampshire, many local Republicans are not exactly enamored with the New Jersey governor. Interviews over the last month with dozens of current and former New Hampshire Republican Party town and county chairmen and chairwomen, officials and voters struck three consistent concerns about the Christie campaign’s chances here: the size of the field, his brushes with controversy at home and, perhaps most worrisome for his campaign, his personality. 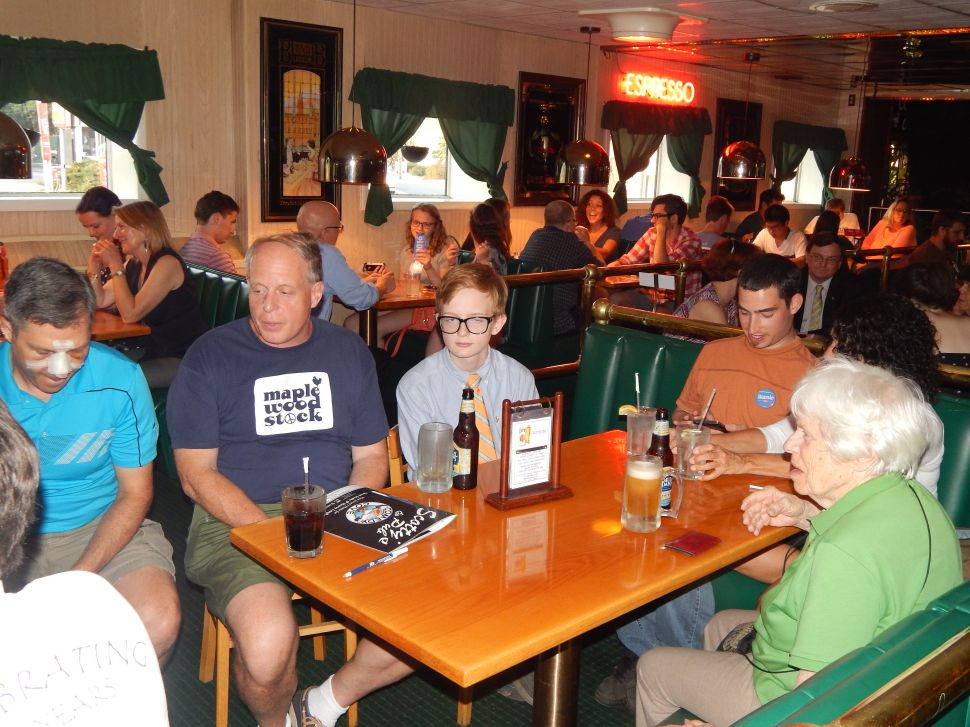