By now you’re probably very, very well aware that New York Fashion Week: Men’s is underway. In anticipation of the many collections to hit the runways this week, we had 10 designers fill us in on their designs, in a sentence or two…

Asaf Ganot: “Brazil is the inspiration for my Spring Summer 16 collection. I  wanted to create a luxe casual-chic look by balancing the brazilian laid back attitude with a tailored and masculine touch.”

J.Lindeberg‘s Jessy Heuvelink: “Birds for me are mysterious and beautiful creatures, they embody the ultimate symbol of freedom through their ability of flight. They are the connection between heaven and earth. We think we know them, yet they remain creatures of mystery and inhabit a world that stretches far beyond our imagination.”

Thaddeus O’Neil: “The scene: Lone Ranger and Tonto and the Attack of the Killer Pineapples in the tropical gardens of Henri Rousseau.”

Edmund Ooi: “‘For my SS16 collection I wanted to bring emotions into sportswear. I was fascinated  by the images of European Space Agency shot by Edgar Martin.”

Eidos Napoli’s Antonio K. Ciongoli: “Eidos Spring 2016 – ‘La Casetta in Sabbia’  – was inspired by the ceaselessly elegant Milanese executive Gianni Castiglioni and images of the beautiful vacation home he shares with his wife Consuelo in Formentera.”

EFM: “‘Elegance in Motion’ expressed in the art of fencing serves as the inspiration for the collection.”

Ovadia & Sons: “The collection reflects and captures the energy, style and vibe in New York.” 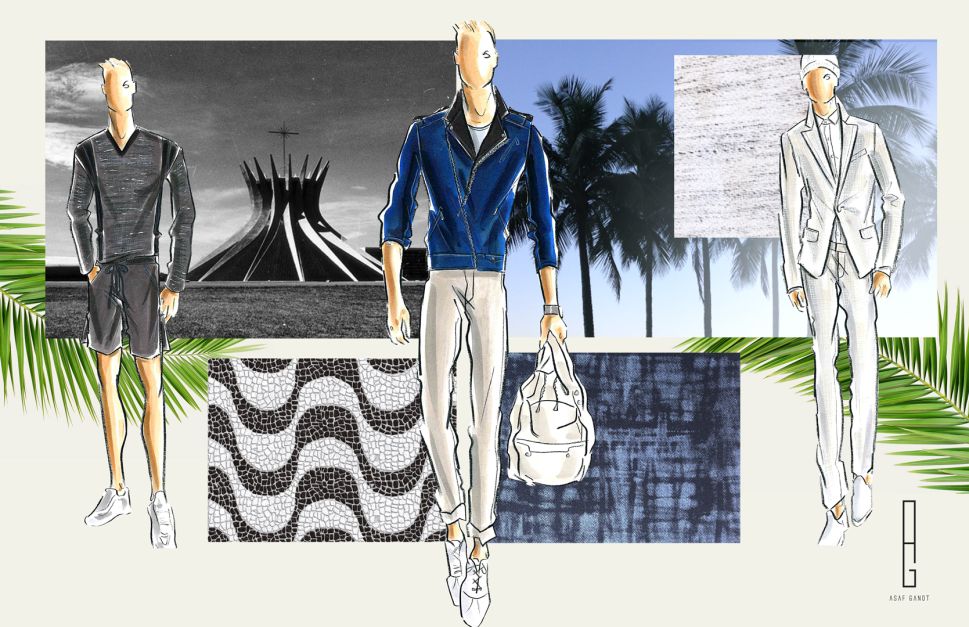