When authors are trying to sell a book, they learn that the nature of an audience can be as important as its size. “There’s places that have huge followings,” Ashlee Vance, author of Elon Musk: Tesla, SpaceX, and the Quest for a Fantastic Future, told the Observer during a recent phone call.

Mr. Vance will be spending some quality time with a small but highly engaged community when he takes part in the first author AMA on Product Hunt.

As we previously reported, the startup kingmaker is launching a new beta channel on the site Product Hunt Books. It went live today.

Mr. Vance will be the first author to give an AMA for the new channel, the site’s third, since it added Games, in June. “There’s all these startup founders I’ve met as I have been doing these talks around Silicon Valley, and those are the people who seem to be really into Elon,” Mr. Vance told us.

He’ll get to reach a similar crowd with his Product Hunt AMA. Andy Weir, author of the novel The Martian, is looking forward to feedback on his novel from a tech savvy crowd. Though he has entered a new phase of life as a writer, the Product Hunt community may be surprised about how much they have in common with Mr. Weir, who told the Observer in an email, “I spent 25 years as a computer programmer, so I’ve had a lot of experience in the tech scene. It’s a very different feel.”

Both authors confirmed that their primary motivation for taking part is promotional, but each expressed curiosity about how this new setting for a conversation will turn out.

Will Product Hunt be as powerful for books as it is for apps?

Mr. Vance told us that Product Hunt has moved readers appreciably to his book already. When it was posted on the main channel, he said, “I felt like I could see the spike in sales.”

His book got 636 votes on the site, before it split into “tech” and “games” last month.

Product Hunt could be unique for authors. It’s a community built around driving action. Whereas news sites and blogs can be passively consumed, Product Hunt was built around user participation, including voting, downloading, testing and offering feedback. Most of its “content” is user generated.

It also motivates users to be good community members by only letting a limited group actually share products on the site. Other users try to participate in positive ways in order to one day earn those powers.

Mr. Vance said he’s already had some experience with small but engaged communities with outsize impact. His biggest single sales driver was the book’s review in The New York Times, but another really powerful driver of sales—which he said was probably in his top five—came from a endorsement on the much smaller webcomic/blog, Wait But Why?

Meanwhile, the vastly larger news site, Business Insider, covered his book extensively (one could argue—Mr. Vance did argue—too extensively), but it didn’t really do much for his sales. Mr. Vance said it’s often hard to make a causal link between coverage and sales, but Business Insider was actually using affiliate links with their posts for his book (affiliate links generate revenue when readers click through and buy something on Amazon). After the flap between the parties, Mr. Vance said the news site told him that their links only showed sales of about 300 books.

Mr. Vance is hopeful that the engaged community of Product Hunt could have a similar effect.

Product Hunt has an incentive to drive sales for authors, however, as it will be generating revenue from affiliate links for the books. Founding team member Erik Torenberg told the Observer in an email that the links will give the company an idea of whether or not the new channel is working, not only to generate clicks, but sales.

Participants in Amazon’s affiliate programs can see what customers bought (though not who the customers are) on their affiliate dashboards.

Mr. Torenberg reported in a blog post that Eric Ries’s Kickstarted book, The Leader’s Guide, saw more activity from Product Hunt than any other third party source. He told the Observer via email that he got this directly from Mr. Ries’s team, who told him that Product Hunt accounted for roughly 3 percent of its pledges, more than any other community, outside of Mr. Ries’s existing following. 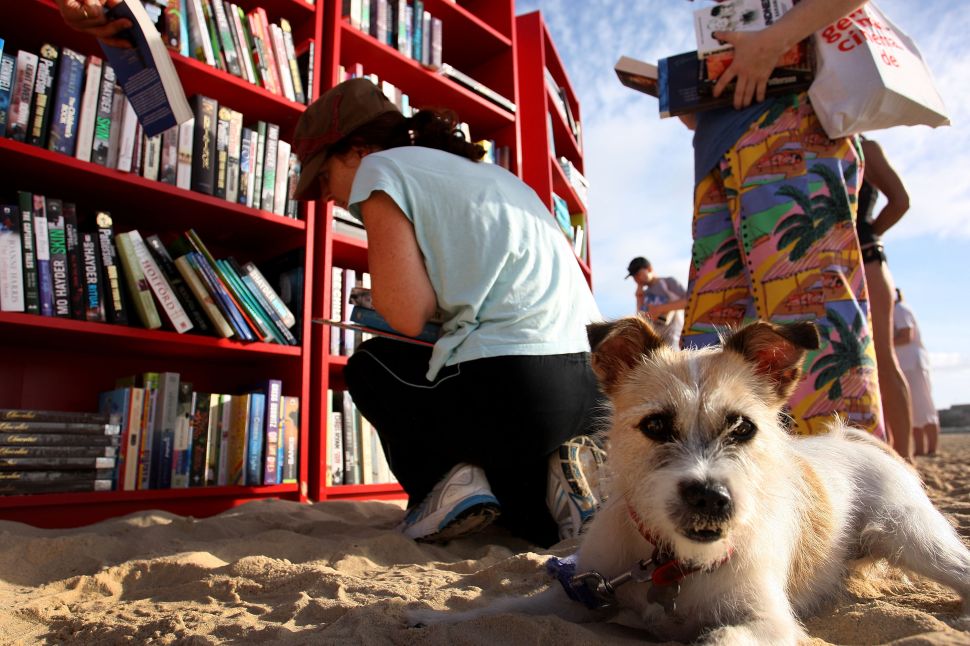