Public Advocate Letitia James today told the Observer that she applauded the agreement Council Speaker Melissa Mark-Viverito and Mayor Bill de Blasio spearheaded between the city and Uber to put away legislation capping the number of new e-hail cars—but declined to endorse the speaker’s claim that sexism has shaped a public perception that Mayor Bill de Blasio controls the Council.

Ms. James was the only citywide elected official not to take a position on the mayor’s call to limit the number of new for-hire cars, standing on the sidelines as Mr. de Blasio and Comptroller Scott Stringer staked out opposite sides on the issue, and while members of the Council and Congress and borough presidents lined up behind them. After an intense public relations war waged by Uber and its allies, Ms. Mark-Viverito and the mayor decided to table the legislation pending an independent study on the company’s impact on congestion—a decision that arrived before the public advocate said she could complete her own review of the issue

“We were still studying it, and then there was a compromise,” she said after speaking at an unrelated event in Brooklyn. “At this point in time, I think it’s a good compromise, and I congratulate Speaker Melissa Mark-Viverito.”

After Mr. de Blasio suggested his cap could still go through, Ms. Mark-Viverito lashed out at him and at the press for the apparent suggestion that he—not she—was in control of the Council’s legislative process, blaming gender bias.

“I find it offensive as a woman, and as a Latina, who is leading this legislative body, that somehow I was forced to my position. That I couldn’t possibly have arrived at this position on my own. That it was others, and predominantly men in this case, that got me to this point,” she said. “And that is completely erroneous.”

Ms. James, the first woman of color elected to a citywide position in New York, declined to back up Ms. Mark-Viverito on her claim.

“I don’t have a comment on that, I just know right now that there was a compromise that was fashioned, and I congratulate all of the parties,” she told the Observer. 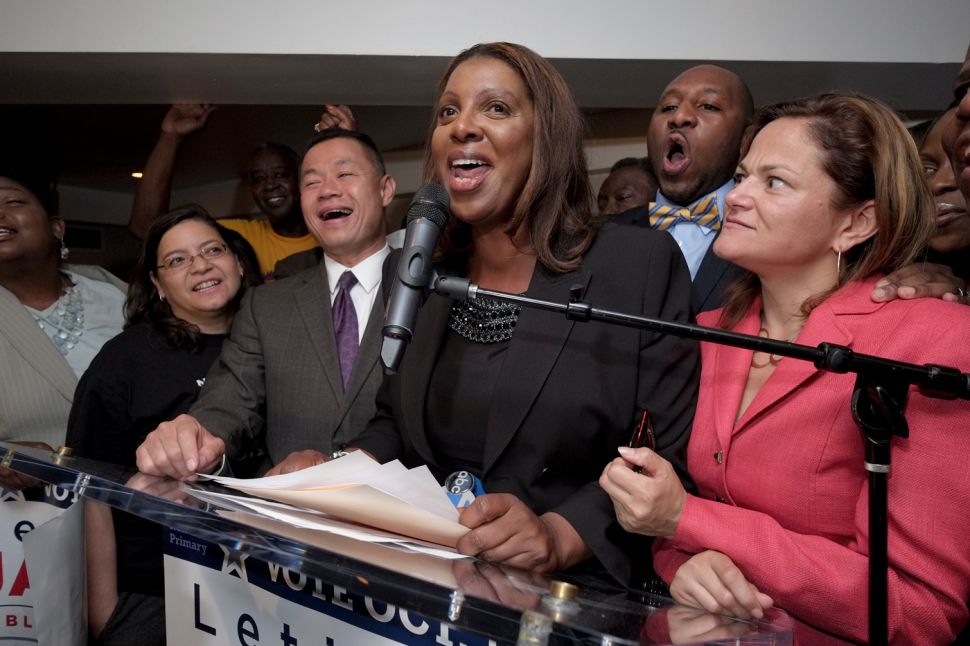