It started at 9:30 a.m. The streets around Skylight Clarkson Square were mobbed with street style photographers, fighting over one another to get a shot of the fashion elite that were funneling into the first presentation of the day: Thom Browne. Closely followed by Public School, this was a fully packed morning of well-dressed men and women for the second day of Men’s Fashion Week. Plus, these two big brands love to push the envelope and get a little creative with both their clothing and the presentation of their clothing. So who wins for the most social media friendly moment? Let’s take a look.

Waiting in line for the Thom Browne show was the equivalent to the customs line encountered after a long flight, or better yet, the line for New York’s hottest nightlife spot. “They’re letting in like three people at a time,” the CFDA’s Steven Kolb was overheard lamenting to a fellow showgoer.

Inside, Mr. Browne’s usual suspects lined the walls, donning tailored looks for the perverse office man. The models were stationed in the middle of a mirrored cube space, which took up roughly 1/4 of the given space. Plus, it was nearly impossible to snap a photo of the models without capturing a selfie in the reflective backdrop. Ah, Mr. Browne, we applaud your embrace of the #selfie.

Then it was on to Public School, which lacked the long entrance line, but had plenty of crowds to contend with. The show offered brief snapshots of the collection, where groups of five models and influencers (including Waris Ahluwalia and Nick Wooster) posed like criminals in a prison lineup. Editors and photographers fought for space towards the front of each crowd to capture a photo of models bedecked in the streetwear garb that the brand has become synonymous with.

Designers Dao-Yi Chow and Maxwell Osborne lingered towards the back of the space, which was absolutely teeming with a who’s who of starlets who have been embraced by the fashion crowd. This included, but was not limited to, Dev Hynes from Blood Orange, Lewis Hamilton, Gabrielle Union, Darren Criss and Dwyane Wade.

So which is the winner: mirrored panels and suited hommes or flocks of celebrities and a touch of bad boy charm? We think it looks like a well-dressed tie. For further coverage of New York Fashion Week: Men’s, visit the Observer’s Instagram and Twitter feeds for live updates. 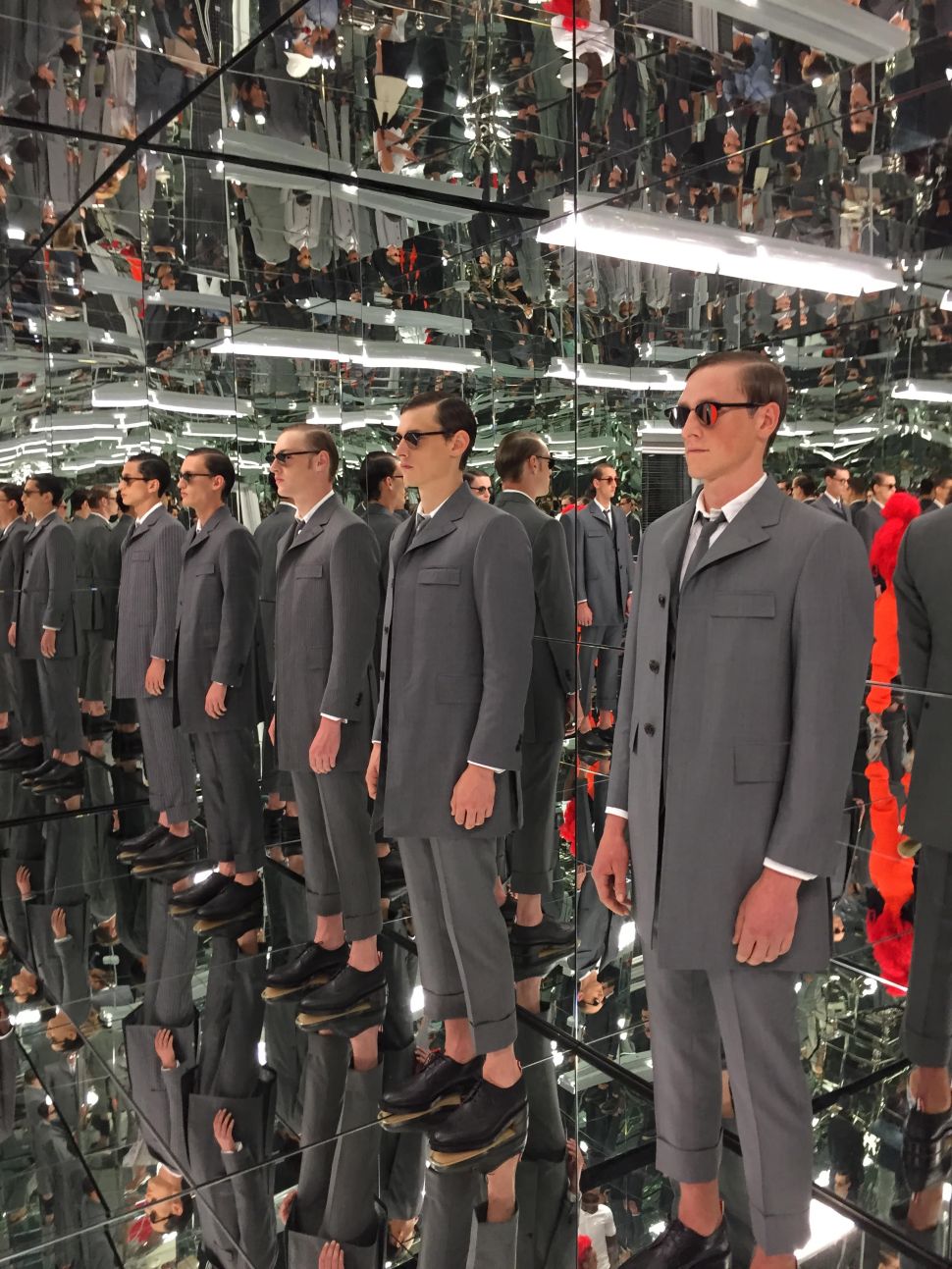