The front-runner to replace scandal-tarred ex-Assemblyman William Scarborough praised the tarnished pol in an interview with the Observer, and said she would only back Mayor Bill de Blasio’s call to make his control of city schools permanent only if the program removes much of his office’s influence.

Alicia Hyndman, a 15-year-employee of the State Department of Education and former president of her local Community Education Council, said she always viewed Mr. Scarborough as an advocate for the Southeast Queens district and its perennial problems with flooding and underfunded schools. Mr. Scarborough pleaded guilty to mail and wire fraud charges in May, which Ms. Hyndman called “unfortunate.”

“I had known Assemblyman Scarborough for the whole time I was on the Community Education Council, and saw all the work he did for the community,” she said. “Whenever we needed an advocate for parents and schools in Southeast Queens, he was always there for us. That’s what I remember him for. He was tremendous on those issues.”

Ms. Hyndman said she would carry on Mr. Scarborough’s work to push for more money for public education in the district and improved infrastructure to prevent flooding, noting that the district has many homeowners who pay into state coffers.

“With the amount of tax dollars that Southeast Queens sends to our state capital each year, I don’t think we’ve seen the full benefit of those tax dollars,” she said.

She also hopes to stem the rampant foreclosures in the area, where many residents had subprime mortgages on their houses and got clobbered during the 2008 financial collapse.

Gov. Andrew Cuomo has yet to call the special election for the seat, but Ms. Hyndman said she was expecting it to be in November, with a September primary. She faces two other Democrats—local youth center head Terryl Ebony De Mendonca and David C. Johnson—but enjoys the support of the Queens County Democratic establishment, the labor-backed Working Families Party, nearly all overlapping elected officials and from several unions.

Mayor Bill de Blasio has made no endorsement in the race, and Ms. Hyndman said she would only support making mayoral control permanent—one of the biggest pieces of his Albany agenda—if it ceases to be mayoral control as we know it.

Ever since the State Legislature agreed to remand control of public education to former Mayor Michael Bloomberg in 2002, the City Department of Education’s Panel for Educational Policy has consisted of 13 members, five appointed by the borough presidents and eight serving at the pleasure of the mayor. Ms. Hyndman, though she praised Mr. de Blasio, asserted this gives too much power to the mayor, and argued he should have just five votes on the board—with an undecided number of others given to the City Council.

She also argued the local CECs, which replaced the influential old community school boards, should get greater power over the schools they represent.

“The way it stands now, it doesn’t have that proper checks and balances,” she said. “Reform it first, then make it permanent.”

The most recent renewal of mayoral control, passed last month, is for just one year, meaning Mr. de Blasio will have to lobby the state for indefinite extension in spring of 2016—when Ms. Hyndman, if elected, would be assuming office.

“I’m going to say I’m going to Albany and change the world, but I would like to think that we in the Assembly could try to do more,” she said. 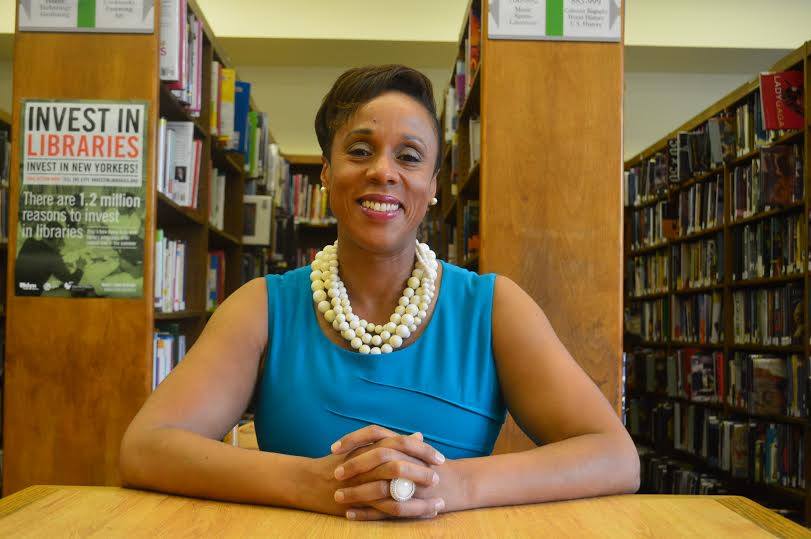