Who are these kids on bikes? Why are they listening to loud synthpunk? Why did they stop riding just because they saw some dogs? Oh, the kids found a dead body, Breaking Bad style. Well, they found a dead hand anyway but it’s attached to a buried body. Judging by the “previously on Ray Donovan” scenes that’s Linda, a woman whom Mickey was dating and Sully shot. Bad timing for Mickey since the feds kidnapped him to keep him from running his mouth to Kate, the Boston Globe reporter. Oh, and Cochran was going to wife swap with agent Volcheck or maybe even have an orgy. That must be the next scene.

Nope. Conor is finally apologizing to that douche that knocked his phone out of his hand. Conor, Ray, douche and his dad are sitting in a very nice living room. Surprise, the kid’s dad is an asshole too. Like, late 90’s Lifetime channel movie husband level asshole. Conor won’t say sorry and then drops the B word. “You shouldn’t make me a bitch.” That’s directed at Ray when he tries to make Conor say sorry for breaking a the kid’s collarbone which in some circles would be considered a bitch move. The conversation breaks down from there. The dad grabs Conor’s face and calls him a “little dick.” Ray declares the conversation over and takes Conor out of there. “You’re going to hear from my lawyer!” Just when you thought that you really didn’t give a shit about the Conor storyline, you care a little less.

Kate is getting dressed after spending the night with Ray and waking up to a note, “HAD TO GO. CALL ME.” That Ray knows how pen a love letter that says, “I might want to have sex again but let’s not make a big deal out of this.” Avi is waiting for Kate explaining that he’s going to be following her all day and shows her an article about the murder of Tiny. “Things are dangerous now.” That’s not stopping Kate. Kate only stops to sleep and have sex with Ray. She just did both of those things. See ya, Avi.

Ray gets a call from Keith telling him that Mickey got taken. Must be the FBI so Ray goes to beat the crap out of Agent Barnes while he’s just trying to relax on his boat, but it’s all Cochran. Barnes doesn’t know where Mickey is. If you want Ray to stop punching your face you better give him some info. The only dirt Barnes has on Cochran is that the FBI rumor mill says Cochran might be having sex with agent Volchek’s wife.

We did see that scrabble game last episode between the Cochrans and Volcheks that looked like it was going to turn sexual. Ed Cochran groped Megan Volchek in the kitchen and then Holly Cochran played the word “suck” in Scrabble. Now Ed’s got some pretty bad scratches on his back. Holly is putting neosporin on them while commenting that Ed was such a tiger last night. There was some sort of group sex thing probably and why show us that when we could be spending time with Bridgette and Marvin. Don’t worry, tweens. There will be some Bridgette and Marvin in this episode.

Kate finds Barnes at the docks. If you want to avoid people you shouldn’t hang out on your boat. Barnes won’t answer any of Kate’s questions but she’s able to ditch Avi by jumping on a boat and paying the driver to get her out of there. She ends up over at Mickey’s apartment. Shorty tells Kate that some guys snatched Mick last night but Shorty thinks it was the Vatican. Shorty has the envelope with the mini-cassette tape that Mickey wanted to mail out right before the FBI grabbed him. Ray shows up but Shorty is able to slip the envelope in Kate’s purse.

Abby goes to the gun range looking for that cop who was flirting with her but he’s a no-show. She decides to go see the new house in Truesdale. That’ll make it all feel better, sitting in the new “rich people” house.

Ray better hurry because Cochran is putting the pressure on Mickey to sign a statement that says Ray killed agent Van Miller. Cochran wants Ray locked up. He thinks Ray will ruin his plans to be the next FBI Director. Mickey is the one who actually killed Van Miller but he’s a simple guy and will be less of problem. If Mickey signs the statement he can go back to Mexico. Cochran shows Mickey photos of Linda’s body that those kids found at the beginning of the episode. Sully killed Linda and Ray brought Sully to LA so…don’t you want to rat out your son now?

BTW, Bridgette faked sick to stay home from school and hang out with Marvin. They ended up a party with some gangster. Seemed like a nice party. Marvin shotguns a hit of weed into Abby’s mouth so she’s now a pot smoker. Some other stuff happened but I think this the part of the script they let an intern write. There’s a reason the Ray and Abby don’t pay attention to the kids. They are boring and have crap dialogue.

Over at the Truesdale house Abby gets a visit from that neighbor, that real mean neighbor who had the gall to point out that Abby has a Boston accent. She brought over another neighbor and some champagne to say sorry. A few drinks later the ladies are all laughing about how stupid Abby’s accent is. It’sl a good time until the neighbor lady says that Ray is a street thug. You do not call Abby’s man a thug because she’ll choke you. The cops get called because of all the choking so Abby calls her cop too. Abby’s detective friend smooths everything over and takes her home. Abby offers him sex but he refuses because she’s too emotional.

The LAPD have showed up at FBI HQ to arrest Mickey into their custody with the warrant that Ray extorted from that nice judge. Cochran is super-pissed but Ray’s got a plan to make it all better. The big plan is that he, Mickey and Cochran will get together with Kate and…lie to her. Why didn’t anyone think of that before? So they all meet in Ezra’s office and feed Kate some story about Ray and Mick working with the FBI to catch Sully. She seems to believe it after they have an answer for every question.

Abby gets a text from her cop friend, Jim. She replies with a topless pic. Hope she doesn’t have her photo stream connected to the iPad.

Ray drops Kate off at the airport with “the end to her book.” He gives Kate a goodbye kiss and see ya. That’s the end of that. Unless she listens to the mini cassette that Shorty slipped her.

It’s been a long day so Mickey needs to smoke some of Shorty’s weed to relax. Micky gets so high that he’s seeing Linda’s bloody ghost. Damn Mick, you got to smoke that sativa if you got a past like yours.

Ray needs to clear his head so he sits in his car waiting for that asshole dad who grabbed Conor’s face to take his trash to the curb. When Ray sees that jerk he turns his lights on and guns his car for him swerving out of the way at the last minute.

Family time. Ray brings home a pizza. The kids, Abby and Ray sit around the table for dinner. The sex guilt gifts go down in value significantly. It goes house, pizza and the next time he has sex with another woman Ray is just going to give Abby five dollars. Next week we get to see Kate search all the Radio Shacks in New England for a mini-cassette recorder. 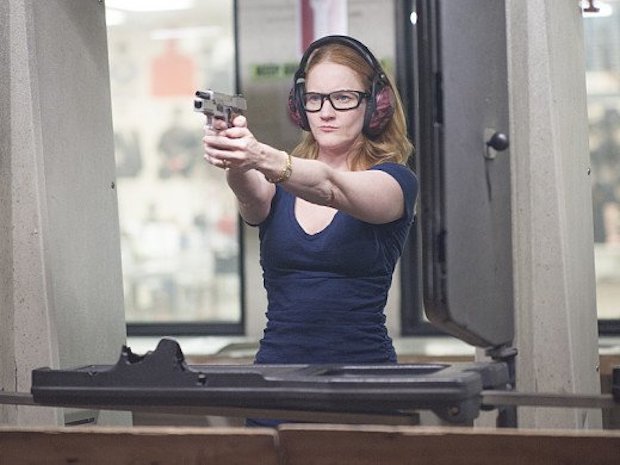