Some shows might take off for the holiday weekend (I’m looking at you HBO) but not Ray Donovan. What the show lacks in believable dialogue it makes up for in work ethic. This week there’s some real action, same shitty Boston accents and of course, lots of phone calls. So many phone calls.

Here’s the story of this week’s Ray Donovan told mostly through all those calls:

Lee Drexler calls Ezra – “I’m back. Quit it with this hospital crap.”

Lee calls Ray – “Cookie Brown is at my house and he’s going to kill me.”

Debra calls Mickey – “Jerry, the big time movie producer, wants to make the movie idea that you have about robbing banks and stuff.”

Ray kicks in the door of Abby’s cop boyfriend Jim. He must’ve seen Ray coming because Jim ends up coming up from behind with his gun out. If you’re going to pull a gun on Ray you better be ready to use it. “Go ahead, pull the fucking trigger.” Jim puts his gun down. Does that mean he has to stop banging Abby?

We don’t see that call but Jim must have called Abby to tell her about how her mean husband broke his door because when Ray walks in the house Abby confronts him. “You went to his house.”

Ray shows Abby all the pictures that Avi took of Abby and Jim together. Abby brings up all the times that Ray cheated on her. Fair enough. Let’s get this house paperwork out of the way.

Ray wants Abby to sign the house papers on the new place in Truesdale. Abby doesn’t want the new house. She wants Ray out because he won’t talk about when he was molested. This starts off a big fight. There’s lots of yelling. Abby is hitting and pushing Ray. The only move Ray has is to try to have sex to end the argument. Bold move but when Ray tries to kiss Abby she bites his lip. That’s it. Ray’s out of there.

Jerry calls Debra – “Mickey got into a fight at my party so no more movie.”

Lee calls Ray – “We’re keeping the kid. I sent Cookie $150k. I understand black people. ‘They’re all about the Benjamins.'”

This next call was not made on screen but must’ve happened as the credits rolled.

Bridgett calls 911 – “Cookie Brown just shot and killed Re-Kon and Marvin Gaye Washington. Right after Marvin told me he loved me. Luckily I was lying down in the back seat and Cookie didn’t see me.” 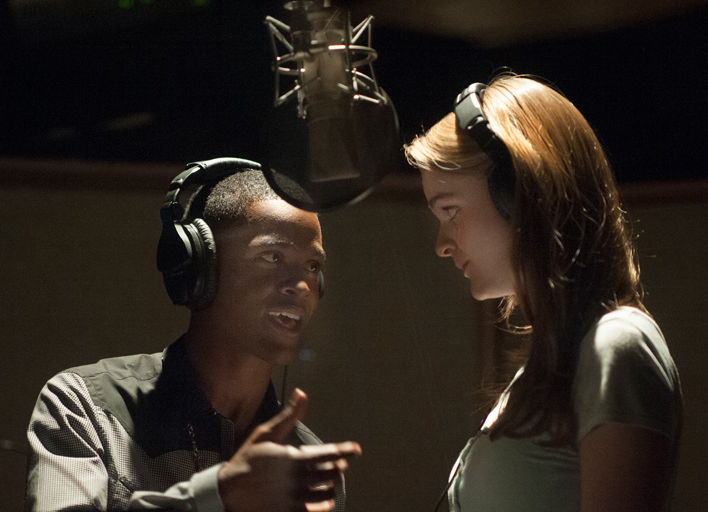