Ray Donovan has a sprawling, prestigious cast and tells the story of an infamous family of lowlifes, but it rarely generates the “ensemble” vibe. Skilled performances abound, but the characters and the actors playing them seem corralled, if only because the Donovans are defined by their divisions. Ray is estranged from Mickey and Abby, and Terry and Bunchy are isolated by their guilt and their neuroses, respectively. By and large, everyone pursues their own personal nightmare.

It’s especially exciting, then, to find two characters working in parallel (if not quite together) and everyone finding the roles that they’ll occupy for the shank of Season Three. Will Ray finally be seduced by the Finneys into a more upscale shattered Irish crime family? Can Mickey successfully disrupt the prostitution industry? Can Lena maintain her steady one-scene-per-episode average despite having quit last week? Let’s barge into the governor’s office and find out…
THE MAIN EVENT
Ray’s bent prison guard informs him that Terry can only be stashed in Solitary for another few hours, and that, once released, he will surely be murdered by Aryans. Terry tells Mickey the same, and the race is on- Ray and Mickey set out separately to save Terry’s life with a series of typically Donovan Family heroics. Over the course of a long afternoon, they chew up a fair chunk of southern California trying to prevent a death that Terry would just as soon allow to happen. First, Ray takes an unsuccessful pass at bribing the sentencing judge. Mickey, unable to Google the judge’s address, calls on crooked parole officer and amateur dispensary desperado Ronald Keith to arrange an introduction. Meanwhile, Ray drops in on the FBI’s own Frank Barnes in the desperate hope that Judge Wettick will find Barnes more persuasive than Ray’s $100,000. By the time that Ray and Frank arrive at Wettick’s, though, Mickey has cajoled the judge to death.
Ray realizes that he has one card left to play: Malcolm Finney. Malcolm marches Ray straight into the governor’s inner sanctum and demands an immediate pardon. Just like that, Terry is free and Ray becomes Malcolm’s contract employee, due for work the next morning. Final score on Ray and Mickey’s crusade: one judge dead, one prison doctor shivved, Ray sold into a burgeoning Devil’s Advocate situation, and Terry robbed of an honorable suicide-by-white-supremacist.
THE UNDERCARD
Mickey’s “Sex, Cocaine & Loan Sharking” concept finds early success!
Bunchy’s strangely muted sexual awakening continues apace. This week, he sheepishly photographs a woman’s exposed breasts and solicits a stranger in a grocery store for her breast milk.
This Week On The Trials Of Abby Donovan: Conor gets sullen, Bridget gets a D, and the giant dog runs away. Having reached her breaking point, Abby hands a wad of cash to Bridget and lights out for the territories.
After three episodes, one is left with the impression that these characters have reached the starting blocks for Season Three. Mickey’s prostitution scheme is an established criminal enterprise, Terry is going back to the gym, and Abby is headed for parts unknown. The season’s biggest shoe has dropped, and Ray now works for Malcolm Finney.  As tumultuous has the first three episodes of Season Three have been, though, everyone seems intact and due a rude awakening. Malcolm brought Ray into the fold more with carrots than with sticks, but now that Ray is trapped both contractually and morally, he’s bound to learn that Malcolm has unpleasant work for a resourceful killer. Mickey has likewise sailed into the hooker business, and is bound to bump up against the institutional challenges therein. Terry had seemingly prepared himself for the isolation and death that he’d find in prison, but he now finds himself back outside with the challenges to his health and his heart that he’d come to find intolerable. And if ever a line is to be drawn from Bunchy’s current shenanigans to his formational sexual trauma, the results could be truly tragic.
At this point in the season, the stakes are high and the peril is deep for the Donovans of Los Angeles. One hopes that the show can steer the drama in directions yet unexplored.
NOTES FROM BRIDGET’S REPORT CARD
Abby named her dog Dog. This recapper cannot parse how that complicates Dog’s utility as a metaphor.
The Donovans seethe over brown liquors. The Finneys choose rosé.
If there happens to be some sort of snafu with the mailing of Lena’s last paycheck or perhaps her COBRA coverage, she could appear more in Season Three than she did in Seasons One and Two combined.
Ray is driven to save his brother Terry by pleading visions of his dead sister Bridget. Symbolism-wise, that’s a bit of a “dog named Dog.”
Even setting aside many of the thorny moral questions surrounding the direct election of judges, the “Re-Elect Judge Wettick” sign on Wettick’s lawn is unseemly and should be taken down.
Terry’s cellmate is so sure that he’s about to become collateral damage in a prison murder that he’s stopped singing “The Power Of Love” and started gibbering uncontrollably. One can’t lose one’s sense of humor in a situation like that. 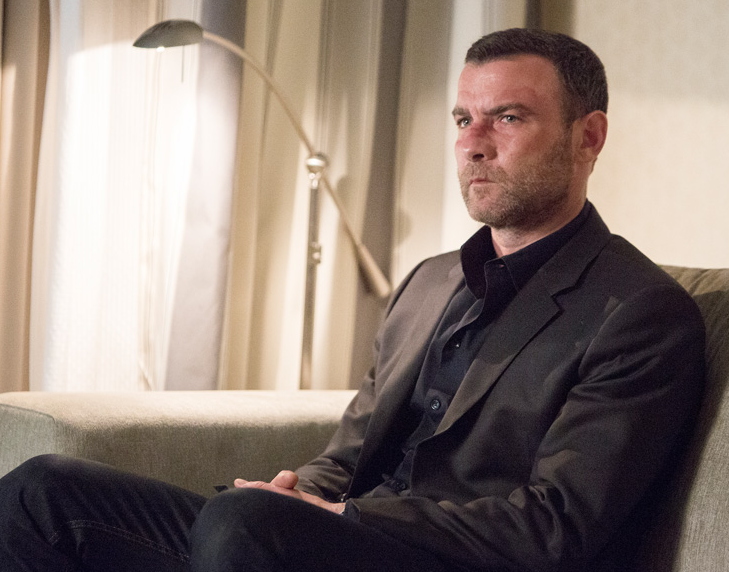