The fashion world is in mourning. Today, Ingrid Sischy lost her battle with breast cancer, passing away at Memorial Sloane Kettering Cancer Center. She leaves behind her wife Sandra Brant, her mother Claire and brother David, as well as an archive of amazing interviews and stories with notable personalities, fashion designers and actors.

Born in 1952, Ms. Sischy’s career began at Artforum in 1979, where she was editor for eight years. She then took on a role as photography and fashion critic at The New Yorker from 1988 to 1996. During that time she became editor-in-chief at Interview magazine, where she remained for 18 years. In 1997 she joinedVanity Fair as contributing editor, where she produced countless profiles of notable pop, art, fashion and culture icons. Since 2008, she has been international editor at Condé Nast International.

While some editors have written eulogies for the journalist, including Vanity Fair‘s Graydon Carter, others have Tweeted and Instagrammed their feelings. In memory of this great journalist, the Observer is revisiting some of her best stories:

Galliano in the Wilderness, Vanity Fair, July 2013: Ms. Sischy was the first one to sit for an interview with John Galliano after his public fallout as a result of his anti-Semetic rant. In the story he admitted his alcohol and drug abuse was out of control: “At first alcohol was like a crutch outside of Dior. Then I would use it to crash after the collections. I’d take a couple of days to get over it, like everyone. But with more collections, the crash happened more often, and then I was a slave to it. Then the pills kicked in because I couldn’t sleep. Then the other pills kicked in because I couldn’t stop shaking. I would also have these huge bottles of liquor that people got for me. Towards the end, it was whatever I could get my hands on. Vodka, or vodka-and-tonic. Wine, in the belief it would help me sleep. Wrong.”

The Thriller at Louis Vuitton, Vanity Fair, April 2014: Again, snagging the first interview following a big news announcement, Ms. Sischy was the first to publish a story on Nicolas Ghesquière, the newly appointed Louis Vuitton creative director. She recounts one of his runway shows at Balenciaga where the benches cracked under the weight of today’s top editors. Icons such as Catherine Deneuve and Karl Lagerfeld commented on his fashionable midas touch.

The Boy Who Loved Chanel, Vanity Fair, September 2015: The last story Ms. Sischy wrote for Vanity Fair was published today, a few weeks before it will be officially unveiled in the September issue. In it, she profiled Hudson Kroenig, the seven-year-old muse (and godson) of Karl Lagerfeld. Cara Delevingne sings her praises for the pint-sized mannequin: She says he’s her favorite model (at least in that age bracket) and that “Sometimes he’s more professional than I am.”

Anna Wintour: Front Row and Centered, Interview, December 1993: Anna Wintour is never a dull topic, as proved in this interview, which was accompanied by photos from Ellen Von Unwerth. In the chat, the Vogue editor-in-chief set the record straight about the separation between her career and her personal life. “Fashion’s my job. And I do it the best I can. But I don’t sit around at home talking about velvet. It’s all about self-respect. You want to look good, you want to feel sexy, you want to have clean hair, you want to know what’s going on with makeup or whatever it may be–why shouldn’t that be interesting? It doesn’t mean you don’t care about everything else as well.”

Artful Dodger, The New Yorker, April 1996: Though it’s a short one, this interview with the late Alexander McQueen is an important one. Not only does he take jabs at Ms. Wintour, but he shares some rather sad, self loathing feelings towards himself. By referring to himself as “the faggot in the family who was drawing frocks since I was 3 years old” he gives readers a look into his dark mind. 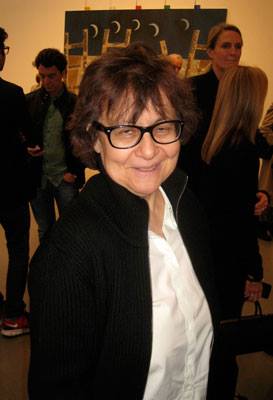