Richard Dreyfuss looks beat, limping into the Viand coffee shop on the Upper West Side. “Stenosis,” explains the Brooklyn-born actor, who had also spent a long day on set portraying Bernie Madoff for an upcoming ABC miniseries. But a cup of chicken noodle soup, a cushy diner booth and a spirited conversation about the shortcomings of society invigorates Mr. Dreyfuss, who doubles as founder of a nonprofit with a mission to “revive the teaching of civics in American public education.”

What do you remember about growing up in Bayside? Bayside was a red enclave; they were all Socialists and Communists. And I said to my mother once, “Why were you a Socialist and not a Communist?” And she said, “Better doughnuts.”

Your father was an attorney. Did his legal background rub off on you? He hated it so he became a businessman. He had a company that made gun shields for the Navy so he had to get a security clearance. The FBI came to the house. My mom and I were there. An older guy and a younger guy, and they said, “Do you mind if we talk to your son?” And she said, “Go ahead.” And he says, “Your mother is a member of Mothers Against The War, for peace, against Vietnam, and she is Socialist. And your father is making gun shields for the Navy. Does this breed any discontent in the home? And I said, “No, because my father helped the anti-war effort by making his gun shields badly.” The older FBI agent just turned to ice and the younger one went, “He’s kidding.”

What was the founding fathers’ biggest mistake? They didn’t make public education part of the Constitution.

What article of the Constitution would you rewrite? The Second Amendment. It’s the only Amendment that’s obscurely written, and I would have made it clear. I would have said “This is for establishing militia and everyone has the right to participate in that militia, and you can have a gun if you participate in that militia.” We have actually divided on this issue so badly that we have two groups that absolutely hate each other. One group says no guns even if some guy has a knife to my child’s throat and the NRA people say give me a semiautomatic missile or I’ll kill you. This is absolutely a gun culture, and a car culture, and no one would let anyone behind the wheel of a car without being trained in its use, so why can’t we have that?

You have stated that a civics education can protect the country against ISIS. When you limit your learning process so that you take out of schools the teaching of clarity and thought, the teaching of the political miracle that this country represents in history, when you don’t teach that, you lose not only a knowledge of this country, but the concept of preparation.

Common sense, you fretted in a speech at the Library of Congress, is not common. Who taught you common sense? A guy at Beverly Hills High, someone who everyone worshipped. I did too. One day he asked, “How are you getting home?” I said I was going to hitch. And he said, “Why don’t you take the bus?” And I went, “Oh, not the bus.” And he said, “What is that?” In one second I realized I had been a silly shmuck and I took the bus. 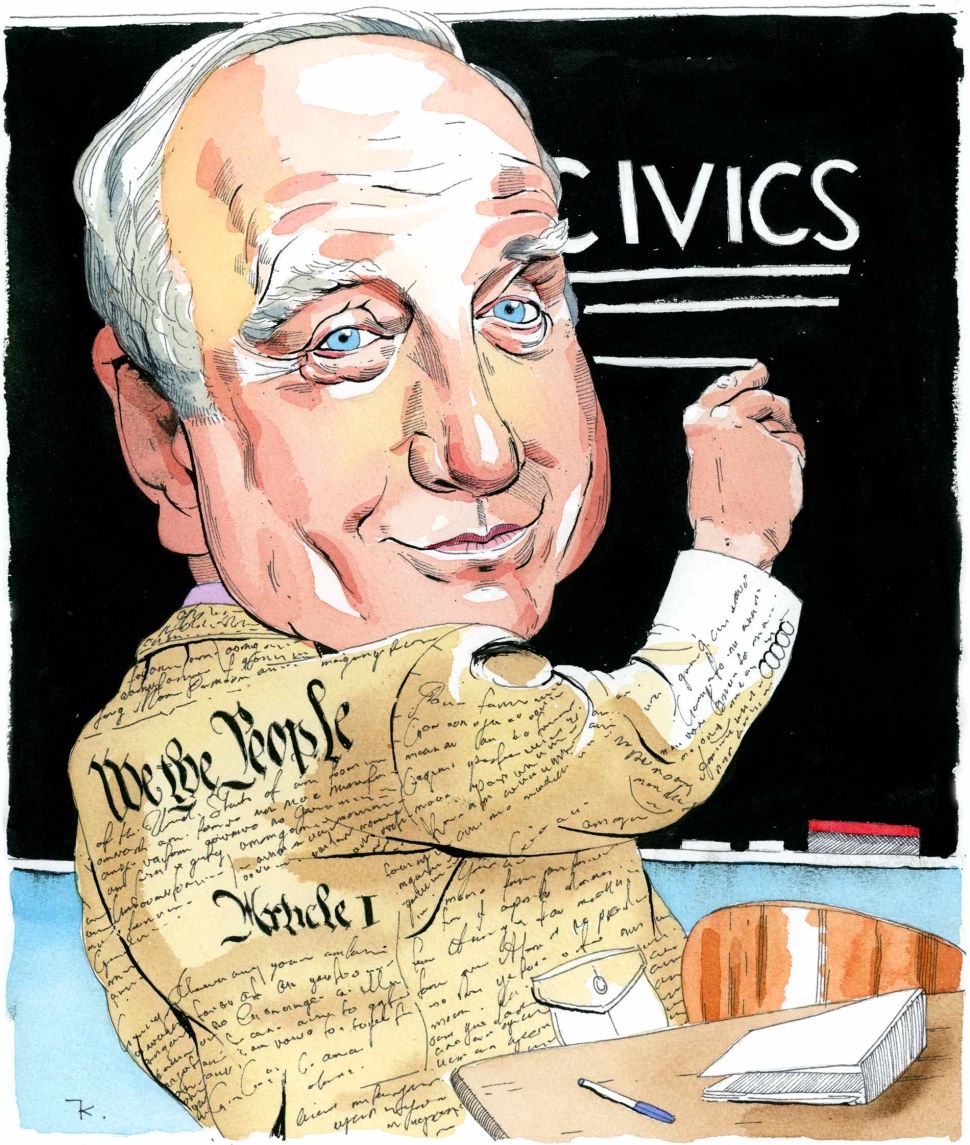