The recent Supreme Court rulings on sexual freedom and equality assure an avalanche of forthcoming movies with gay themes. There is no reason to believe they will all be more sensitive, intelligent and profound than any other kinds of films, but the potential for new revelations is exciting. What better time to unveil Boulevard, the sober, tender and reassuringly unsentimental study of a married man who finally comes to grips with his homosexuality after 60 years in the closet. As Robin Williams’ final film, it tolls a wonderful bell for the legacy of a distinguished career.

In one of his most touching and nuanced performances, the actor of many faces and master of twice as many voices plays a polite, reserved and unassuming man named Nolan Mack—a cultured, educated and repressed officer of a bank in Nashville, Tenn., where he has worked for 26 years, with a father in a nursing home and a devoted schoolteacher wife named Joy (another performance, real as breathing, by the marvelous Kathy Baker). They appreciate the same music, movies and books as well as small dinners with friends, share the household duties and then formally retire to separate bedrooms. Nolan has no vices and no outstanding virtues, either. He’s been a blank page since he had his first sexual experience with another boy at the age of 12 and then erased it from his life for five decades. This is the year when everything changes.

One night, on his way home from his paralyzed father’s nursing home, he drives down the boulevard known as a cruising area for Nashville’s gay population, narrowly misses hitting a male prostitute named Leo (Roberto Aguire) who asks him for a ride, and Nolan finds himself in a pay-by-the-hour motel room where he is too terrified to do anything more than pay for a bit of conversation. A bizarre series of encounters begin that challenge Nolan’s fear of hurting anyone’s feelings—especially his wife’s—and in short succession they plunge his life into spiraling out of control.

An infatuation leads to violence when Leo’s pimp gives Nolan a black eye he finds hard to explain, then Nolan risks his reputation by setting the boy up in a job he doesn’t bother to show up for, and finally the lowlife elements converge on the bank itself, bringing scandal and disgrace. Genuine affection is an emotion the hustler is incapable of understanding. Nolan takes the role of protective surrogate father. The troubled object of his interest can accept money for anything, but not unselfish friendship. As Nolan tries to win him over, he crosses over to the dark side, his lies become too elaborate for Joy to dismiss, and he jeopardizes his friends, his pending job promotion and his marriage.

The movie is about the limits of reason to which ennui can drive a person too frightened to face the truth, and the point is, as Nolan’s sympathetic best friend Winston (a non-judgmental college professor played by Bob Odenkirk, from the Breaking Bad TV series) finally admits, “Maybe it’s never too late to start living the life you really want.” The well-calibrated screenplay by Douglas Soesbe and the careful direction by Dito Montiel examine the charade lived by so many closeted homosexuals with tenderness, lighting the path to inner peace. At the same time, the movie explores the pain of suppressing one’s true self in life, the challenge of beginning new relationships for anyone over 60, and the tragic ways innocent people sometimes get hurt along the way. On the boulevard to redemption, loved ones can end up as collateral damage.

Nolan’s eventual road to happiness takes some crude detours and the ending does not entirely convince, but for the most part, Boulevard is a film of honesty and wisdom, with a central characterization by Robin Williams that is such a model of understatement it should be required viewing by experienced professionals and budding acting-class students alike. He went out like a lion, with the strength and the impact of a lamb. 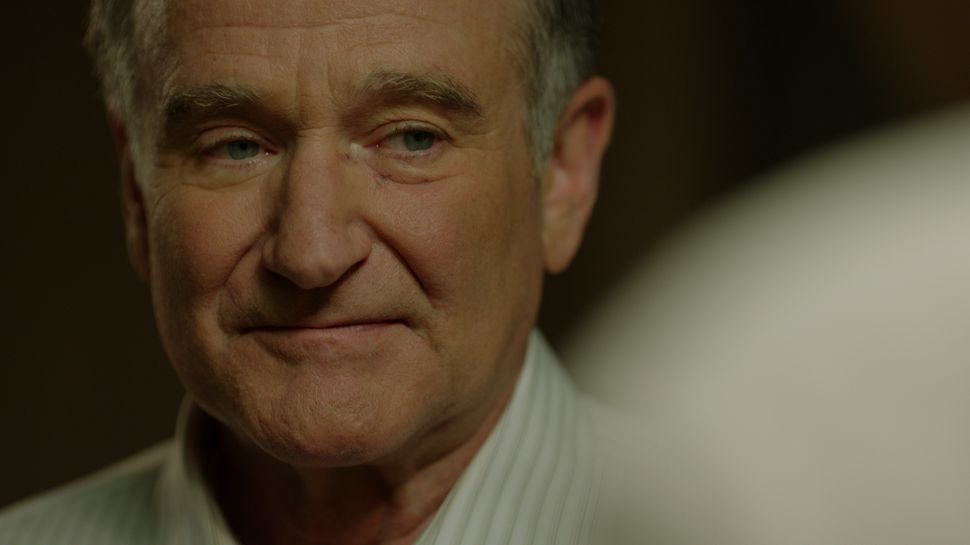