A Jewish city councilman is demanding Russell Simmons, the hip hop mogul and activist, apologize for comparing the suffering of animals to the Holocaust.

Sitting in an antique car outside City Hall to protest horse-drawn carriages, Mr. Simmons said this morning that the suffering of “100 billion animals” is comparable to slavery, Jews being put in ovens and “ethnic cleaning.” This offended Councilman David Greenfield, a Brooklyn Democrat who is the grandchild of Holocaust victims

“Russell Simmons means well, but has crossed the line in comparing horse carriages to the Holocaust and owes the Jewish community an apology,” Mr. Greenfield told the Observer in a statement. “The Holocaust was the most horrendous act of genocide in modern history. Nothing should be compared to the systemic abuse, torture and murder of over 6 million human beings.”

He implied that Mr. Simmons’ words could even convince him to come out against a ban on horse carriages, which animal rights activists have been aggressively pursuing for years. “Quite frankly, I am one of many council members who is undecided on the horse-carriage ban,” Mr. Greenfield said. “Mr. Simmons doesn’t help his cause when he engages in outrageous hyperbole that minimizes the murder of much of my grandparents’ family.”

Activists from NYCLASS, a powerful animal rights group, joined Mr. Simmons this morning. The hip hop mogul said he used his words carefully to raise the consciousness of people who don’t understand how much animals are abused globally.

“Fuck no, I’m not apologizing,” Mr. Simmons said in a telephone interview with the Observer. “If the councilman is that upset, then I’m sorry, but my intention is not to offend the Jewish community but wake up the human family. We all agree the Holocaust is a horrific event.”

“I do say the suffering of those animals is on par,” he added. “It’s a holocaust, the 100 billion animals that are birthed into suffering every year, made to be born every year. The reason I was talking about horse-less carriages was to spark a little consciousness of animal suffering.”

Mr. Simmons also argued he has done more than most blacks to combat anti-Semitism.

“I am probably the leading person in the black community to combat anti-Semitism in this country,” he said. 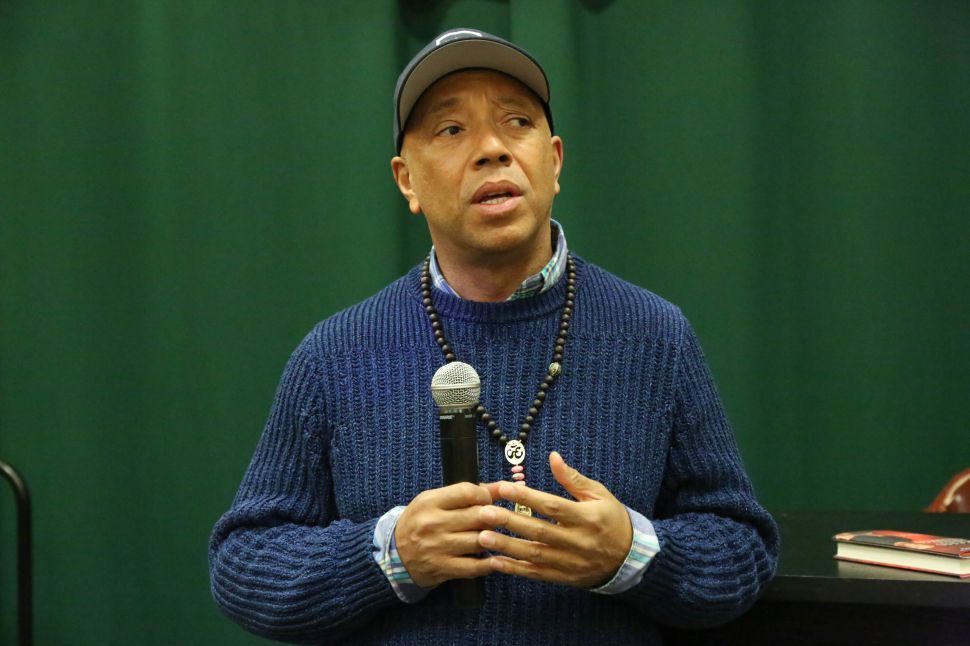