Sandra Bland was frivolously arrested July 10th over a cigarette after getting stopped for allegedly failing to signal, a traffic violation only reprimanded in the most rural areas where police officers fill their downtime with traffic enforcement. Texas State Trooper Brian Encinia did nothing to de-escalate the situation, with threats such as “I will light you up!” and refusing to give a reason for the arrest other than resisting arrest. This calls into question the 1997 Supreme Court ruling that police may order order passengers out of cars they stop for routine traffic violations, even in the absence of any reason to suspect that the passenger has committed a crime or presents a threat to the officer’s safety, a stark contradiction to the 4th Amendment right to be free against unreasonable search and seizure.

Most cops aren’t racist and they do have very dangerous jobs. But incidents such as these need to be admitted for what they really are a product of: institutional racism.

Scenes like this, all too common across the United States, are indicative of local police departments taking a punitive approach to law enforcement when it comes to patrolling African-American communities as opposed to the sense of stewardship afforded to predominantly white neighborhoods. African Americans are treated as criminals and that climate allows excessive force and police brutality to occur without reprimand. Policemen are patrolling communities that consist of people living lives of which they have no understanding or empathy or even curiosity. They are uneducated and ignorant and this is compensated for by callousness, which leads to deaths of unarmed black men, frivolous arrests and episodes of trauma for every person treated as inhuman by a police officer. Police need to better represent the people who live in the communities they patrol, they need better training, and those who demonstrate excessive force or brutality toward the people they serve must be remediated of abusing their authoritative power with the attitude that it is infallible.

Those children in handcuffs are orphans of an oppressive, racist system that doesn’t care about them at all. This is why backlash to any criticism of police—orders that black people should “respect the law” and “support our police”—are so obscene. The police are meant to serve the public, not be its master or torturer.

When asked how to improve the relationship of police departments with African Americans in a 1968 interview with Esquire, James Baldwin replied, “You would have to educate them. I really have no quarrel particularly with the policemen. I can see the trouble they’re in. They’re hopelessly ignorant and terribly frightened. They believe everything they see on television, as most people in this country do. They are endlessly respectable, which means to say they are Saturday-night sinners. The country has got the police force it deserves and of course if a policeman sees a black cat in what he considers a strange place he’s going to stop him; and you know of course the black cat is going to get angry. And then somebody may die. But it’s one of the results of the cultivation in this country of ignorance. Those cats in the Harlem street, those white cops; they are scared to death and they should be scared to death. But that’s how black boys die, because the police are scared. And it’s not the policemen’s fault; it’s the country’s fault.”

Baldwin was unafraid to criticize the police without making concessions in order to be taken more seriously. It is still unpopular to criticize the police, despite the overwhelming evidence throughout the country that the militant culture of many police departments needs to be addressed. Most cops aren’t racist and they do have very dangerous jobs, but incidents such as these need to be admitted for what they really are a product of: institutional racism.

Baldwin also wrote on the police in a 1966 essay published in The Nation entitled “A Report from Occupied Territory”: ”And the police are simply the hired enemies of this population. They are present to keep the Negro in his place and to protect white business interests, and they have no other function. They are, moreover—even in a country, which makes the grave error of equating ignorance with simplicity—quite stunningly ignorant; and, since they know that they are hated, they are always afraid. One cannot possibly arrive at a more surefire formula for cruelty.” 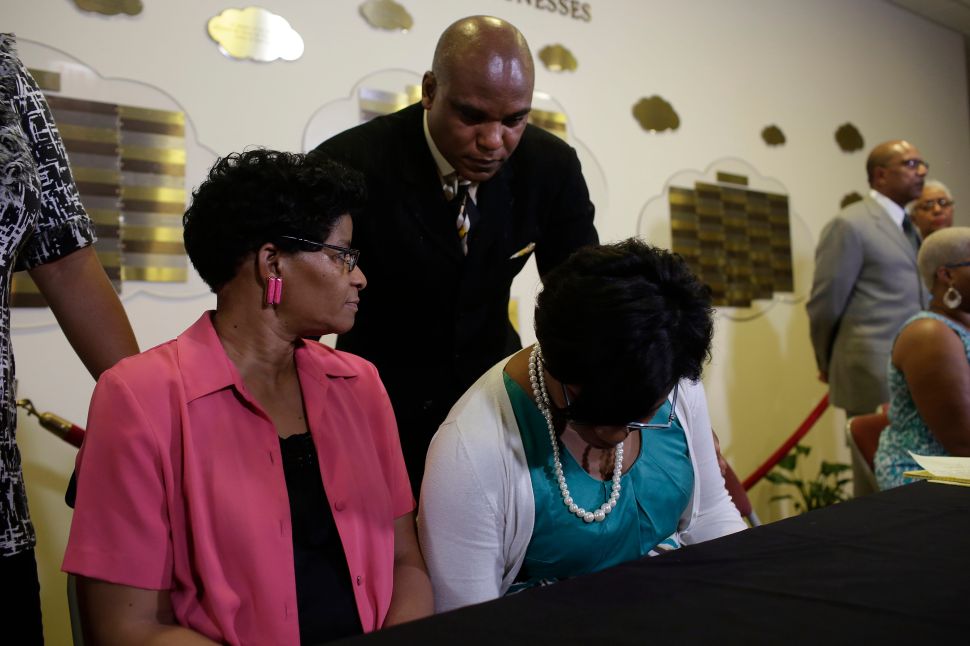