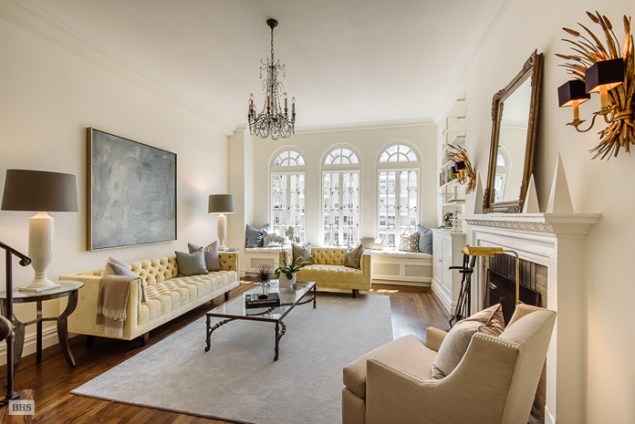 Candace Bushnell is slipping out of her perfectly-fitted… apartment. The Sex and the City writer and former Observer scribe has (re)-listed her Greenwich Village co-op after a hiatus of several years, albeit with a few modifications to make the apartment a little more alluring this time around. Among them, a slight price trim to $2.64 million.

Ms. Bushnell first placed the apartment at 45 East Ninth Street on the market in 2012, following her divorce from Charles Askegard, a principal dance in the New York City Ballet, which was precipitated by a plot twist straight out of the show when details emerged of his alleged affair with a much younger ballerina.

The author has described herself as the “kind of person who would have liked to have lived at the Plaza,” and the Plaza seems to have been very much on her mind when she purchased the “wreck” of a one-bedroom with her then-husband, which she promptly outfitted with crystal chandeliers, gold leaf, velvets, mirrors and marble—things that are “old and glittery.” This also included pink accented bookshelves and bathroom wallpaper featuring Ms. Bushnell’s face, all of which was documented in an Elle Decor cover spread. 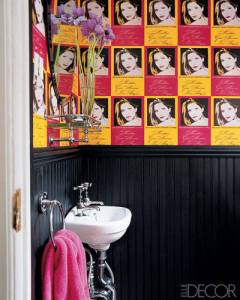 The latter, at least, likely proved a bit much for some potential buyers the last time around. And alas, while the countless would-be Carrie Bradshaws who passed through the city over the years might have been up for a Magnolia splurge (or even a Manolo Blahnik one), apparently none stepped up to lay out Ms. Bushnell’s old asking price of $2.8 million and the pad was subsequently listed as an $8,000 a month rental.

This time around she’s enlisted Brown Harris Stevens brokers Chris Kann, Robert Browne, and Jennifer L. Ireland to sell the place. (Sarah Jessica Parker has also vacated one of her Village properties of late, finally selling her nearby townhouse after nearly two years on the market.)

Mr. Kann wrote in an e-mail to the Observer that the apartment has been renovated since it was featured in Elle Decor, though he did not specify what had been done. From the listing photos, it appears that the place has taken on a somewhat conservative demeanor that’s a far cry from the hot pink accents in the 2012 listing.

Mr. Kann told us that the writer decided to sell because she wants to find a different apartment in a new neighborhood (Ms. Bushnell also has a house in Connecticut). As for her likely success in that endeavor, he called our attention to the “distinctive sexy New York apartment”’s “double height living room, gorgeous tall arched windows, and a wood burning fireplace.” And apparently, it also comes with Mr. Big—former Sex and the City star Chris Noth is a neighbor. 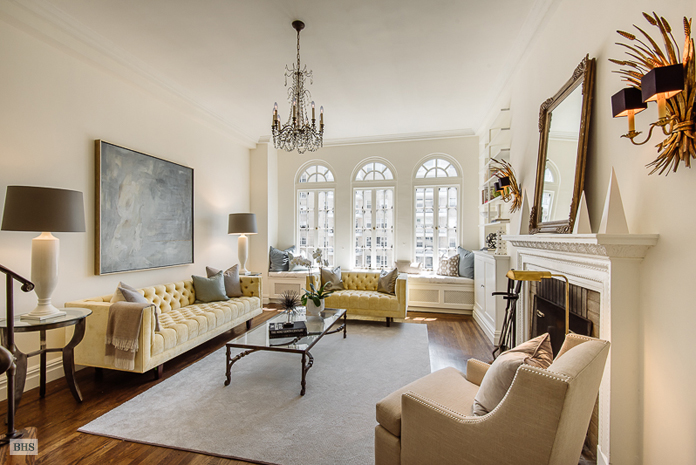