The Bronx is about to make its Hollywood debut.

Long Island City-based Silvercup Studios is opening its third studio, and its first outside of the western Queens neighborhood. The facility where 30 Rock and When Harry Met Sally were shot is now doing a $35 million renovation of 295 Locust Avenue in the Port Morris section of the Bronx. Reconstruction of the site is slated to finish in 2016. And that’s just in time—as we’ve previously reported, New York City is in need of more film production facilities, since as of now, 46 television shows shoot in Gotham. Read more on Commercial Observer. 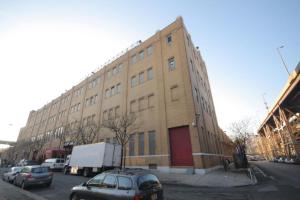