Even if every judicial vacancy in New Jersey were filled, there would still be a need for more judges.  It is no surprise that the mandatory retirement age for judges and the ability to recall retired judges to hear cases are current subjects for debate.

State v. Buckner held that it is unconstitutional to recall retired judges who are over the age of 70 for temporary service in the Superior Court. The defendant raised the novel legal argument after being convicted of robbery and aggravated assault during a trial presided over by a 73-year-old judge who had been recalled for temporary service by the Supreme Court.

The mandatory retirement age for members of the judiciary is set forth in Article VI, Section VI, paragraph 3 of the New Jersey Constitution. It states, “Justices and judges shall be retired upon attaining the age of 70 years.” The Judicial Retirement System Act, N.J.S.A. 43:6A-1 to -46, also provides that justices and judges who have reached seventy years “shall be retired forthwith.”

In response to judicial vacancies, New Jersey lawmakers passed legislation in the 1970s that authorized the Chief Justice of the state Supreme Court to recall retired judges for temporary assignment. Prior to the Buckner case, the recall statute had never been challenged.

As a practical matter, there is a reason recalled judges have been used in New Jersey for 50 years. Recruiting retired judges is a lot easier than appointing new ones to fill the vacancy. Under New Jersey’s judicial appointment scheme, judges must be appointed by the Governor and confirmed by the Senate, which often becomes a highly charged partisan process. Although the logjam has showed signs of easing, there are simply too many open positions to fill.

Last year, the Appellate Division upheld the recall practice by a vote of 2-1. “There is nothing intrinsic in the definition of ‘retire’ to suggest its incompatibility with temporary recall service,” Judge Anthony J. Parrillo wrote for the majority. “In fact, hundreds of qualified judges have been temporarily assigned under this provision, and they have undoubtedly issued thousands of rulings, thereby providing the judiciary with a valuable service.”

In his dissent, Judge Harris rejected the majority’s position that the framers silence on the issue of recalling retired judges suggested that the practice was not prohibited. He also raised concerns that appointing retired judges “offends the plain ‘shall be retired upon attaining the age of 70 years’ language of the Judicial Retirement paragraph, and irreparably rends the Constitution’s fabric of separation of powers by legislatively authorizing the Supreme Court– rather than the Governor– to make the selection decisions to implement recalls”.

The NJ Supreme Court will now get the final word. While there are other plans to address New Jersey’s judicial vacancies, they will take time and significant political support. In January, a legislative committee advanced legislation that would increase the mandatory retirement age for most state judges from 70 to 75. However, even if the measure passes the Senate and the Assembly, the voters must also approve increasing the retirement age because it requires an amendment to the state Constitution. 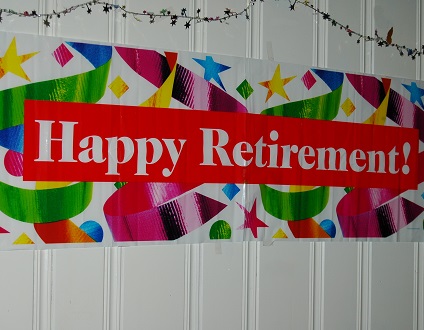