The 47-year-old Studio Museum in Harlem has announced plans for a brand new, larger facility to replace its current home on West 125th Street. The new structure, designed by British architect David Adjaye in conjunction with New York-based firm Cooper Robertston, is slated to begin in 2017 to coincide with the museum’s 50th anniversary.

The Studio Museum in Harlem—an institution dedicated to exhibiting artists of African descent—currently occupies a 60,000-square-foot building at 144 West 125th Street, and the new five-story facility will add over 10,000-square feet, doubling its existing gallery space, according to The New York Times.

The Tanzania-born, London-based Mr. Adjaye’s notable projects include the Museum of Contemporary Art in Denver, the Nobel Peace Center in Oslo, and the forthcoming National Museum of African American History and Culture in Washington, D.C. He envisions the Studio Museum’s new building as a “living room” for the local community, and has taken inspiration from Harlem’s iconic brownstones, according to a release from the museum. An “inverted stoop” with seating for close to 200 visitors at the entrance will connect the ground floor and lower level, and serve as a multi-use space for public programming and performances. He has also proposed a terrace overlooking 125th Street with gallery walls visible from the outside and studios for the artist-in-residence program.

The Mayor’s Office, City Council, and the Office of the Manhattan Borough President have set aside $35.3 million for the project, which is estimated to cost $122 million. The museum is expected to file the proposed designs to the Public Design Commission of the City on July 14.

“When the visionary Thelma Golden and her team showed us what they plan to accomplish with this new facility, it was clear that this transformative project would secure a vibrant future for this institution,” said Cultural Affairs commissioner Tom Finkelpearl in a statement. “The City is proud to support this major new facility for the Studio Museum, giving them space to grow in one of New York’s most vibrant and storied neighborhoods.”

Studio Museum director Thelma Golden said, “The world of the arts and Harlem have both changed dramatically over the half century since our institution was founded, and we’re proud that the Studio Museum has been a catalyst in those developments. Now, as a standard-bearer for contemporary artists of African descent, we’re poised to begin a new era.”

The Studio Museum in Harlem has a collection that boasts over 2,000 objects, with works spanning the 19th century to today, including pieces by Romare Bearden, Jacob Lawrence, Chris Ofili, Betye Saar, Kara Walker, and more. The museum is well-known for its “F series” of exhibitions, including 2001’s “Freestyle,” which featured the work of Kori Newkirk, Laylah Ali, Sanford Biggers, Rashid Johnson, Julie Mehretu, and Mark Bradford, and birthed the term Post-black, coined by Ms. Golden and described at length in the show’s accompanying catalogue. 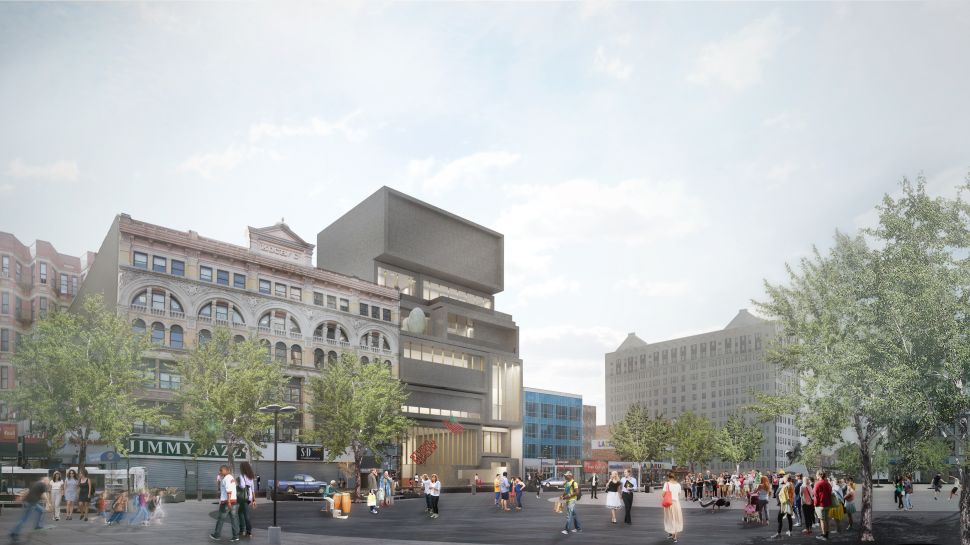