“It’s heartbreaking sometimes….everything in you wants to say, ‘Stop! No!” but that’s not our job…”

This is how Morgan J. Freeman, the Executive Producer of the Teen Mom series, feels about documenting the lives of young women struggling to make decisions that will affect not only them but their young children as well.

Thursday night the sixth season of Teen Mom 2 will debut on MTV. This version of the franchise features four women from the second season of MTV’s documentary series 16 and Pregnant as they face the challenges of their first years of motherhood. Chelsea, Jenelle, Kailyn and Leah are seen trying to come to grips with the numerous responsibilities that come with caring for a child, and doing so while worrying about such things as finances, living arrangements, family support (or lack thereof) and the role of the baby’s father.

Series creator Lauren Dolgen realized that there was an opportunity to talk about the issue when she read in a 2008 People magazine that some 750,000 teens in the United States would experience an unplanned pregnancy.  16 and Pregnant debuted shortly thereafter and spawned Teen Mom as viewers made it clear they wanted to continue to follow the journey of the young women and their children they’d met in the previous show.

Currently, the cast of the series can be seen not only on the show but all over the internet as well as constantly on the cover of various magazines and tabloids.

“We had absolutely no idea how big this would become when we started it,” admits Freeman. “It’s insane if you really think about it. There’s this fascination with the girls, so they’re all over the media. In fact, the show’s been on six years and social media has really exploded in that time so in a sense they’ve sort of grown up together.”

Freeman wouldn’t go so far as to say that the show has radically changed the stigma often associated with teen pregnancy, but he did say that he believes that the series has changed the conversation surrounding it. “We knew from the get-go that this was something that just wasn’t being talked about enough. Everyone seems to know someone who is affected by this. It instantly clicked that people who were uncomfortable talking about teen pregnancy suddenly had a platform to do just that with this show.”

While some aspects of the show might attract some criticism—all of the young women have houses and cars and don’t seem to have to work too much – Freeman insists that this shouldn’t be the focus of the show. “The attention should be on the  message and that it’s a cautionary tale about growing up fast, taking on a huge amount of responsibility, putting aspirations on hold, relationships crumbling, and the overall pressure of trying to raise a child. So, ok, they’re on the covers of magazines, but looking at that in a positive way it means that their messages are getting out there even more. But, it is challenging for these girls. People say horrible things about them. There’s this giant swirling media thing following them around. We’re all powerless over the media, all we can do it control the message we put out by staying authentic to the experience and showing the continual challenges that they face being parents at such a young age.”

Staying faithful to the truth is something that those behind the scenes of Teen Mom adhere to as well—within reason. “We’re there to document things, but if someone is doing something that puts someone in harms way we would definitely step in.” says Freeman. “There’s no science to it, it’s a human thing. If someone was in danger yes we would step in, but for parenting decisions we don’t step in. You know when that line is being crossed. We put the welfare of everyone front and center.”

One striking thing that viewers may notice when watching the series is that most of the young people featured on the show at some point end up needing a lawyer. “It’s just raw reality that when you have marriages and custody stuff to deal with, you need lawyers,” says Morgan. “And yes, sometimes the lawyers are there to handle weightier things, like when someone has actually broken the law. It’s never good to have to have legal counsel but it’s just one of those necessities of life that many people have to deal with and we’re not going to shy away from showing that.”

When one of the attorneys yelled at Janelle’s fiancé Nathan about his behavior during an arrest, chastising the young man for his actions toward the police, Freeman admits that his staff was happy about the exchange, but maybe not for the reasons many would assume. “We weren’t cheering because of the drama around the outburst or anything like that; we were actually high-fiving behind the camera because we were like, ‘yes! Someone said what we want to say!” As producers it’s not our job to say anything like that but when someone does say it, we consider it a win.”

Catching viewers up from last season, Kailyn and boyfriend Javier married and welcomed a sibling for Isaac, a son named Lincoln, but Kailyn and Isaac’s father, Jo, continue to struggle over custody of their son. Leah, who has twin daughters, one with special needs, with her ex-husband Corey, now has another daughter with her new husband Jeremy. She too has not only custody problems to deal with but faced medical issues with her daughter and issues in her second marriage as well. Chelsea opted out of actively dating to stay focused on her daughter Aubree and watched as Aubree’s father had another child with his now ex-girlfriend. Janelle seemed to have gotten past her own addiction issues and legal problems only to have her boyfriend Nathan face jail time for his indiscretions. The couple also welcomed a son, Kaiser; a big brother for Janelle’s other son, Jace, who currently lives with Janelle’s mother Barbara who has custody of the boy.

Talking about this coming season, Freeman teases, “The biggest overarching thing is that relationships are hard. There’s lots of struggle for Kai and Javi. Leah has her plate full—she’s struggling with Jeremy and then co-parenting with Cory. When you’re watching this, you’re thinking, ‘how much can one women deal with? What you’ll see this season is that Leah asks for help. That’s an important step for her. With Janelle and Nathan, we’ve seen their struggles and in the middle of all of that Janelle is trying to get Jace back and she struggles with Kaiser as well. Janelle might not have a father for Jace that she’s dealing with but she has Barbara to contend with. Chelsea has been careful to not rush into a relationship and she’s been really searching for a good guy for a long time. She meets this guy Cole and it’s really refreshing to watch this relationship grow. She’s worked really hard to understand what a real relationship takes and we get to see that.”

Freeman also leaked that Chelsea and Cole adopt another family member—an unconventional one—that provides for some good comedy this season. “There are some really funny moments. I’m not giving any more away than that, but trust me, it will make you laugh,” chuckles Freeman.

Amid the range of emotions shown throughout the series, Freeman points out that one is really the backbone of entire endeavor. “It’s all about truth,” explains Freeman. “Admitting the truth is very powerful. These families have allowed us into their lives and their truths in a very raw way and I think it takes courage to show everything—the good and the bad. I’m grateful that the women and the families let us in. That tabloid machine is quick to highlight the fails but I think we should champion the courage of all of them. I think these stories have encouraged people to have conversations about safe sex, contraception, about relationships and about marriage that I know from people that I talk to have helped them. So many families sweep something like this under the rung and these families stood up and said, ‘We can help others by telling our stories and by letting people into our lives and showing them that they’re not alone.’ Showing all of that truth is very, very powerful.”

Freeman admits that although the show is hard to watch at times, the overall message has remained the same and will continue to, not matter how long the series lives. “The thing that’s universal here is that these moms make decisions and they do the best they can, but they make mistakes and what we’re seeing now is the consequences and challenges that have come from the decisions they’ve made. Their struggles are real and when all is said and done, the main thing that they’re trying to do is be the best moms they can and I think that we’re really privileged to be able to watch that journey and learn from it.” 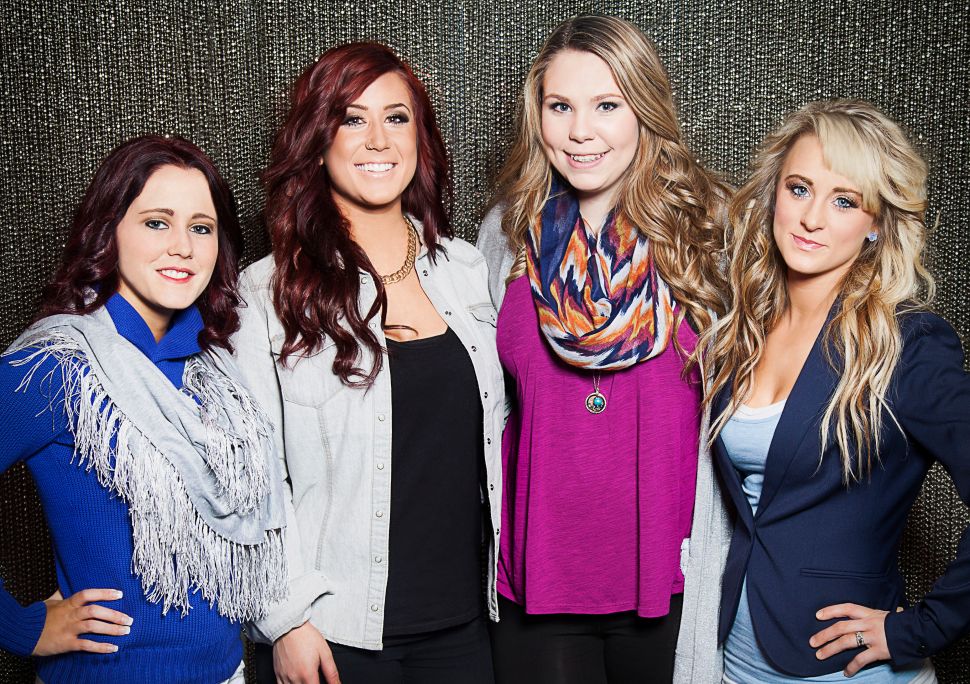