It’s time we talked about the best television show J.J. Abrams ever made. No, not Lost. Although I love Mr. Abram’s time–hopping, polar bear ridden island as much as the next person, I believe there is a show that ranks supreme. I am, of course, talking about Fringe.

“Fringe? Really? Isn’t that kind of like Lost’s weird younger brother who’s always around when maybe you don’t want to have him around?” you might be thinking, in quite a convoluted inner dialogue.

And you would be wrong. Fringe was awesome. Fringe revolutionized science fiction television. Okay, well, The Twilight Zone was really the revolutionary one. But what Fringe handily mastered is something Lost forever strived for—consistently baffling plots, with an emotional backbone.

Yes, of course Lost was baffling. It was also emotional. But I grew to hate Jack. And John Locke. And I always hated Kate. Vincent was okay, as far as dogs go I guess. I rooted for these characters, but I couldn’t look past their gaping character flaws—nor could I look past the enormous plot holes. Lost was always confusing, and certainly intriguing, but would distract from answering big, looming questions with—oh my god what’s happening on the helicopter?? Where did the island go?? Space–time continuum is confusing.

Fringe was different. For those of you who aren’t familiar with the show, it follows the slightly insane scientist Walter Bishop (John Noble), his son Peter (Joshua Jackson), and FBI agent Olivia Dunham (Anna Torv) as they investigate strange occurrences—ultimately leading them to discover a parallel universe, and its relationship to Dr. Bishop’s previous research. Fringe always proposed wildly absurd plot twists and leaps, but it always had an explanation, one easily swallowed by those with even a slight proclivity towards the supernatural or bizarre.

Even when the cases or plot got just a little too unbelievable, the cast’s dramatic muscle always grounded the show. Mr. Noble is phenomenal as the emotionally stunted, absolutely brilliant Dr. Bishop. He also gave us little moments to treasure, not unlike this gem.

And let us not forget this.

Ms. Torv is strong, controlled, dignified. Mr. Jackson is charming and likable with the perfect balance of cynical. Olivia and Peter had the most realistic, adorable courtship in the history of, well, anything.

And lest we forget, almost every major character actually played two characters for most of the show. Most seasons bounced between the two parallel universes, which means we had a dual Olivia and Walter Bishop, among others.

In one particularly memorable moment, Walter has a discussion with his parallel self. I think, deep down, I knew both men were played by the same actor. I mean, I had to have known. But I still can’t quite convince myself of it. Everything about Walter and Walternate (the truly amazing nickname for the other Dr. Bishop) was different. Walter’s childlike innocence, his quivering chin, his sweet, soft stutter—harshly contrasted with Walternate’s cold steely gaze and firm, precise command over every crisply enunciated syllable.

Towards the end of Lost, the characters were forced together. “Look at all of the connections!” the show would scream. “Look! It’s the island! We have to go back.” And while the show focused on convoluted theories, Fringe would always bring it back to the main idea: there are strange things happening, and we need to figure out why, and stop them. Fringe’s steadfast, direct approach to its plot made character connections and relationships all the more believable.

Oh, what’s that? Fringe is on Netflix? Do yourself a favor, and watch all five seasons of the best science fiction television in a long, long time. You (and your very confused Fringe theories) will thank me later. 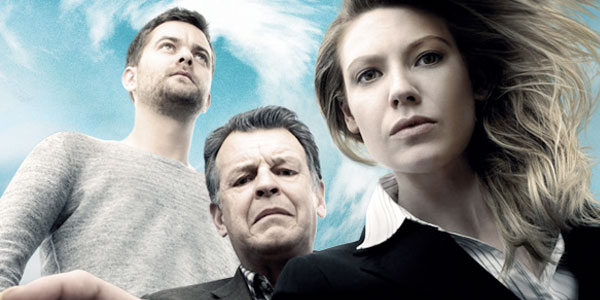