Please be warned. My musings are punctured by some brief spoilers for Breaking Bad, Lost, and Mad Men. They’re all wonderful shows, so please stop, watch all three series, and then return to the article. If you want. No pressure.

He’s conniving and manipulative, rash and selfish. Desperate for attention, craving approval, yet he’s wildly—almost unmanageably—egotistical. Handsome, sometimes, and never quite whole. Sound familiar? It describes all three of my favorite male characters on television: Jack Shephard from Lost, Don Draper from Mad Men, and Walter White of Breaking Bad.

All three follow something that I fondly refer to as “the broken man trope:” men who are almost irredeemably fractured, crippled by their insecurities and struggling to compensate for their faults. It is the acknowledgement of the broken man, I believe, that revolutionized television.

I was always drawn to those kinds of characters—the ones that almost hurt to watch, because they’re so obviously empty and so obviously seeking fulfillment. I don’t think I’m alone in my interest. These men are fated to strive for greatness, and thus they’re fated to fail. They are seeking godlike success, a grandeur that separates them from humans who succumb to their primal instincts. It is this that makes them so compelling to viewers.

Curiously enough, my revelation came about while watching the new Pixar movie Inside Out. The film is so ardently human, it tells us that sadness and failure are not only inevitable, but they’re necessary. It made me think about humanity in terms of television. Why do I love, why do we love, watching these men try and almost inevitably fail?

Humanity separates itself from animals only because of its aspirations, because of its desire to be better, and do better. In this way, we emulate gods. We try to become bigger than our instincts and our evolution, attempting to elevate ourselves to spiritual, almost holy levels. When television can show us this, it’s both shocking and hugely personal. It becomes art.

Take, for example, everyone’s favorite meth cook, Walter White. He led a defeated life, taking orders in a car wash and squandering away his significant intelligence. But in pursuing greatness, in trying to make himself better than man, Walter finds himself playing God; he takes the lives of others with a cavalier casualty (most notably when Jessie’s girlfriend Jane choked to death on her own vomit while Walter stood, passively watching). Walter, however, succumbs to human flaws: selfishness, a primal urge to defeat. When he finishes his quest for greatness, he is stripped of everything he’s achieved and is left, lying dead in a meth lab. Not quite the god–like ended he intended.

Or perhaps we can look at Jack Shephard, whose very name suggests he wants to lead, and more importantly, be seen as a leader. In his attempts to be a rescuer, a healer, a figure of power, he makes hasty and irrational decisions—again, a very human reaction. Let us not forget the heavily bearded Jack Shephard who emerges after he leaves the island; without anything to work towards and nothing to fix, he collapses in the most human of ways.

And finally, we can examine Don Draper, the most flawed male character in perhaps all of television. Don yearns for rebirth, going so far as to take another man’s name to achieve it. Don muses philosophically and always looks to be better than the boy he once was, better than the boy born to a prostitute and raised in a whorehouse. However greater–than–thou he might act, Don is plagued with humbling insecurities and fears.

I thought, for the longest time, that viewers loved the broken man trope because he was someone we were rooting for. He was someone we loved, and who we wanted to succeed. I was wrong. We don’t love the broken man because we are rooting for him, it is because we are him. These characters hurt to watch because we don’t want to see them fail, because it only reflects our failures. We are Walter White’s dead end job at a car wash. We know Don’s failures as a father. We’ve experienced Jack’s quest for leadership.

We don’t look at Walter White or Don Draper or Jack Shephard and say, “we pity you.” We look at our twisted heroes and say, “we are you.”

It is the ability to tap into the human psyche, to expose our desires for greatness and failures to achieve it, that make for brilliant television. Thank God, I suppose, for the broken man trope. 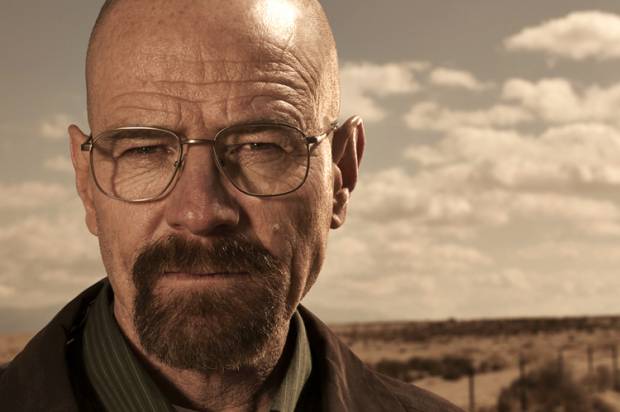